The Ryan Zimmerman dilemma could test, “If it ain’t broke, you don’t fix it” 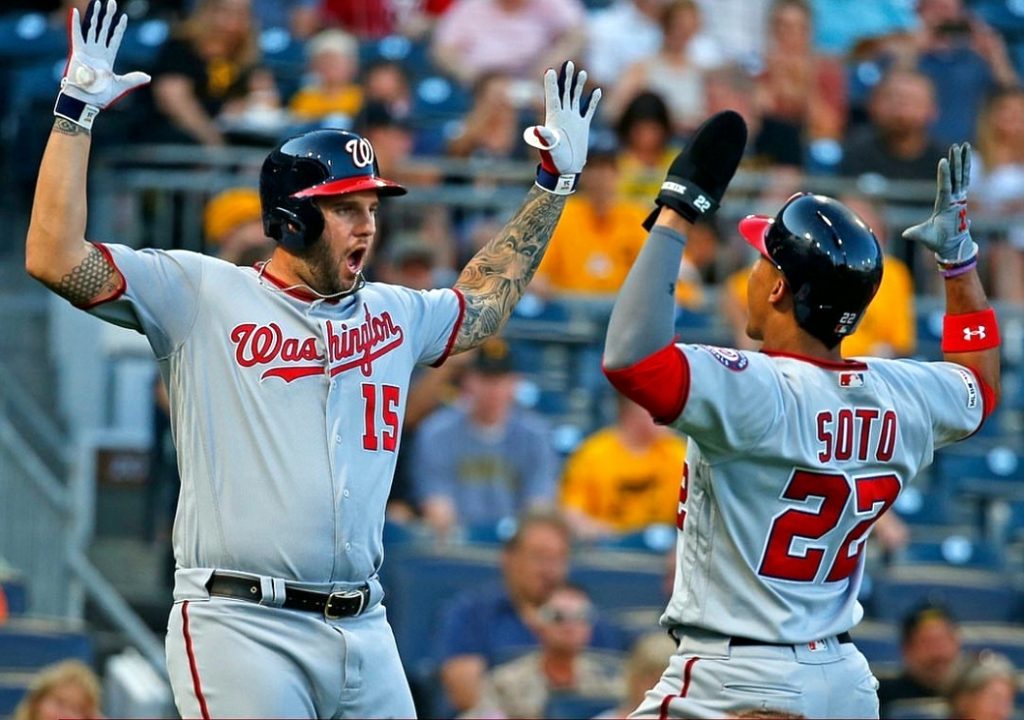 Yesterday, columnist Thomas Boswell was asked in his weekly chat about the status of Ryan Zimmerman. Boswell’s reply, “You may see Zimmerman back up with the Nats THIS week.”  The Washington Nationals have scored 116 runs so far in the month of August. The next closest team is not even within 10% of the Nats run production so why would you mess with what you have and tempt the “if it ain’t broke, you don’t fix it.” Ryan Zimmerman’s rehab just began over the weekend with Double-A Harrisburg which would allow him to continue to play and rehab in the Nats minor league system before needing to be activated in mid September.

This season, Zimmerman has done two stints on the 10-day IL which have been extended where he has missed large chunks of the season due to his plantar fasciitis. Should general manager Mike Rizzo wait until September 1st when teams can expand their rosters to activate Zim or should they do it sooner? That is the question, but what is the hurry? The Nationals have Howie Kendrick as their right-handed first baseman, and he is crushing the ball, and so is Matt Adams who is in another hot streak and handles the left-handed duties. Behind them, you have Gerardo Parra who has also played several games at 1st base this season. But the more important question would be, what would the soon to be 35-year-old’s role be on this new-look Nats who also just added veteran infielder Asdrubal Cabrera who was just signed as a free agent two weeks ago.

For some facts, the Nationals are 15-15 when Zim starts this season. Without him, the team is 53-41. What is not clear is how Zimmerman impacts the team. Impact is felt in other ways, and Zimmerman has mostly batted in the #5 spot after Juan Soto in the lineup. Soto did not have a great start to his season, and nobody can tell why he had his early season struggles but for most of those games Zimmerman was behind him in the batting order. After Zimmerman went on the IL the first time, and Soto was chasing pitches and did not look like his 2018 version. Soto got hot going from an .846 OPS the day before Zim was injured in April to .941 on the day Zim came back to the team. During Zimmerman’s second stint with the team, Soto’s batting average sunk and was just .258 from June 28th to July 21st, but Soto’s hitting funk continued through August 7th for two weeks after Zimmerman was gone and his batting average for that extended period dropped to .242 as Soto was struggling. Now Soto is in his hottest stretch of the season. Last night, Soto set a season high for himself at a .967 OPS. Does any of Soto’s failures or successes have any correlations to Zimmerman? Who knows but when Zimmerman returns, it might be a good idea to bat him further back in the lineup.

When Matt Adams starts for the Washington Nationals, the team is 39-20 which is a .661 winning percentage. Adams did not even get his first start of the season until April 10th, and with Zimmerman on the roster, Adams has been a bench bat and a spot starter. A .661 winning percentage equals 107 wins a season, and Adams is an impact player on offense and his defense has improved as he became the primary starter.

So why change what is working? That is the question for both manager Dave Martinez and general manager Mike Rizzo. If you look at Zimmerman’s career, he was the one bright star among all of those dismal seasons in Nationals’ history and 100 loss seasons. In Zimmerman’s age 30 season, his team impact no longer matched the back of his baseball card as Rizzo promised numerous times that he would get back to his old self. It did not happen and it got worse in his age 31 season as he only batted .218 in the 2016 season with a .642 OPS.  Zim found himself in 2017 and became an All-Star, but that has seemed to be an outlier season in the last five years. For 2015, 2016, 2018, and this season, Zimmerman is batting a combined .241 (284-1179). But maybe we should just look at Zim’s 2019 season, and try to figure out what is going on. His oWAR is -0.2 on offense and his dWAR is -0.3 on defense according to Baseball-Reference. Worse than that, he only had 4 RBIs in his last stint with the team but gave back 2 runs on unearned runs on defense.

If you look at Zimmerman’s 2019 season, he has zero game-winning RBIs and he has 15 RBIs for the season while being a middle of the order bat. In less than half of Zimmerman’s at-bat, Stephen Strasburg has 8 RBIs and his have come from the 9th spot in the batting order. Zimmerman has 0 game winning RBIs this season, and he only had 2 all of last year. His impact as a batter just has not shown up this year even though the sample sizes are small, but Strasburg’s are smaller and he only bats every five games. Zimmerman’s RISP BA is only .121 (4-33). Here is where Zimmerman’s value has been for several years — his ability to smash left-handed pitching.  This season, he is batting .387 (12-31) against those lefties compared to just .195 against righties (17-87). But here is the issue, Howie Kendrick hits lefties and righties, and he needs at-bats. Kendrick is batting .337 (30-89) against lefties but has an almost identical OPS of .918 to the .916 against righties which makes him valuable to stay in games during pitching changes. If you believe in OPS like most analysts do, Kendrick’s .918 OPS against lefties is higher than Zimmerman’s .908.

Some have compared the push to play Zimmerman as being similar to 2017 when Jayson Werth was forced into the starting lineup when there were better alternatives. Some felt it was part of the problem with Dusty Baker‘s postseason where Werth had batted only .226 for the entire 2017 season while Kendrick was batting just under .300. In the 2017 postseason , Werth started every game and only hit .167 which also included some questionable defense. Why does Mike Rizzo teams feel the need to push struggling high-paid veterans into the starting lineup?

Kendrick is a +1.7 WAR according to Fangraphs this season while Zim is at a very generous -0.1. Unless you believe Zimmerman can come back to this team and be the second coming of Aristides Aquino, why do anything with Zim until rosters expand because if Zim is back this week then someone has to leave the roster. Who would you remove and how would you find Zimmerman playing time? In 2016 when the Nationals had a new manager in Dusty Baker and the team was winning while Zimmerman was struggling he said he would not replace Zim while the team was winning because you do not change what is working. Now, the Nationals are winning and everything is working so why change anything unless Zimmerman could play catcher. Yah, I did not think so….