Game #125 Stephen Strasburg looks to get back on track! 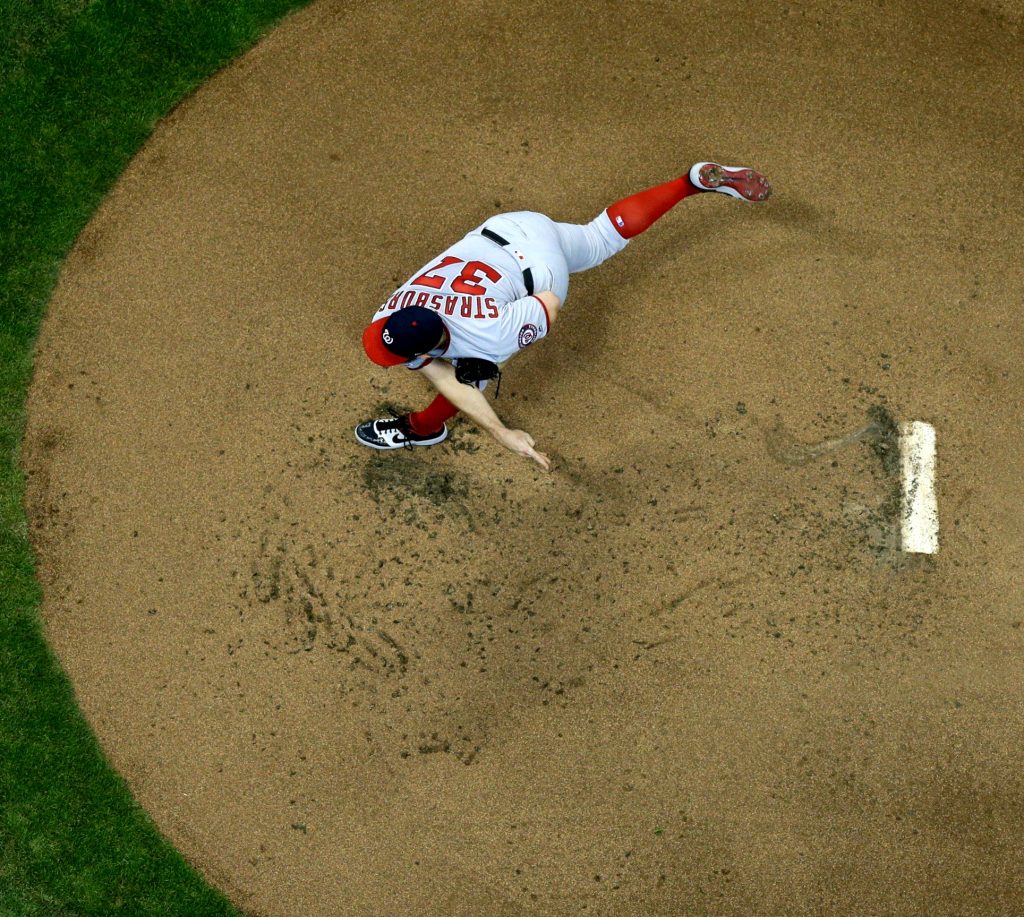 In the month of August, Stephen Strasburg has struggled in his three starts and much of it was avoidable as he stayed in games he should not have, and only to watch his workload pile up unnecessarily. In his last nine starts, Stras has thrown 106-to-111 pitches in six of those games, and that is just too much for someone who has the medical history of Strasburg where less is more. In his last start, the Nats had a marathon offensive fifth inning in which Strasburg batted twice. The time Strasburg was off the mound was approximately 36 minutes in a game the Nats led the Reds 11-1. Not only did Strasburg return to the mound, he lost all control and was not effective.  That did not stop #37 from motioning towards his manager Dave Martinez with a clear message to stay away when he wanted to pull him. Strasburg needlessly surrendered 3 more runs in that inning and pushed himself to 110 pitches of which many were stressful as he exited at 5 2/3 innings. Was that extra 2/3 of an inning worth it in the grand scheme of things?

The bravado is there for most athletes, but most do not have the injury history that this number one overall draft pick has in his medical record. The bigger picture should matter, and yet here we are discussing it again in the same week as the troubles of Sean Doolittle.

Three key numbers for Strasburg’s August besides those pitch counts starts with the 8.31 ERA which was surely tainted by that 9 run game in Arizona. Then there is his WHIP that went from 0.916 in July to 1.558 in August which is very concerning at a time that his BABIP lowered from .306 in July to .280 in August. Some of this is explainable as his walks are up, and he gave up 6 home runs in August compared to zero in all of July. But what has Martinez and Paul Menhart been doing to protect their arms? This is an overall macro question about this team and their pitchers.

A side note to today’s lineup is whether Kurt Suzuki will catch Strasburg as the pair had words in the dugout last Wednesday, and then exited away from prying eyes to the clubhouse.

The Pirates will start Chris Archer who has not been the pitcher the Pirates traded away top prospects for. He has an ERA nearing 6.00, and the righthander faces the hottest offense in baseball tonight.