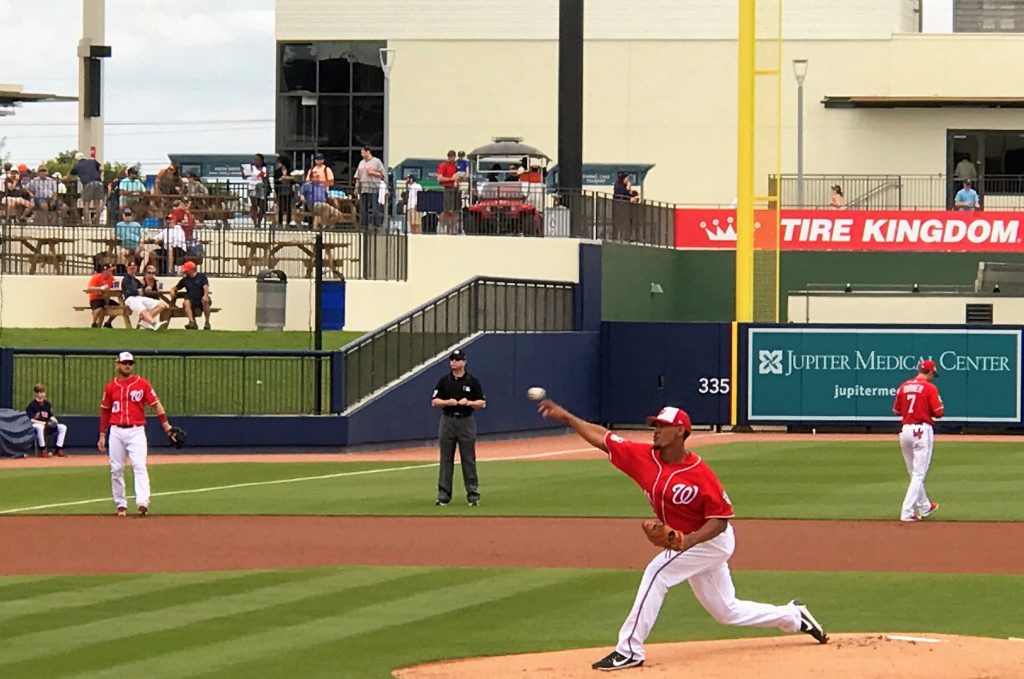 The Nationals did not get the results they wanted and mostly because they hit into extreme bad luck, and the bullpen sprung a leak. A 3-0 deficit soon became 7-1 which was too much to overcome. The Nats put 24 balls into play and had a .250 BABIP, but there were several balls crushed that were caught in the outfield. Joe Ross pitched 5 1/3 innings and was victimized for 3-runs but he was also squeezed by the umpire that put him in several tough spots. Freddie Freeman once again was the guilty party in causing the Nats much trouble tonight.

In the end, Joe Ross as the starter gave up 3 runs over 5 1/3 innings, and his bullpen gave up 4 runs over 2 2/3 innings. That will not work 99% of the time. Ross actually had the same final line as Stephen Strasburg did on Thursday as he went 5 1/3 and gave up 3 runs. The difference is Strasburg got run support.

Unfortunately, Ryan Zimmerman had to be pulled in the second inning after he limped to first base with a re-injury of his plantar fasciitis, and he will have an MRI tomorrow. Zim was replaced by Matt Adams which shortened manager Dave Martinez‘s bench. With the blowout, the short bench did not matter, and it was pinch-hitter Gerardo Parra who knocked in the only run. On the second pitch of the at-bat, Parra just missed a 3-run home run that was foul by fifteen feet. On the next pitch he knocked in the only run of the night for the Nats scoring Brian Dozier who led-off the inning with a single.

Maybe the only good news is that Sean Doolittle, Fernando Rodney, Tanner Rainey, and Wander Suero all got the night off. You want more positive news? Victor Robles was excellent on defense. He had a diving catch and also threw out the speedy Acuna at second base. He almost had Acuna out at home, but that is how the game went — close but not close enough.

Expect multiple roster moves tomorrow as the Washington Nationals head back home via their Delta charter flight. They should arrive at Dulles around 1:45 am and to bed around 2:45 am.