Victor Robles hangs a blown save on the Braves who walk-it-off soon after! 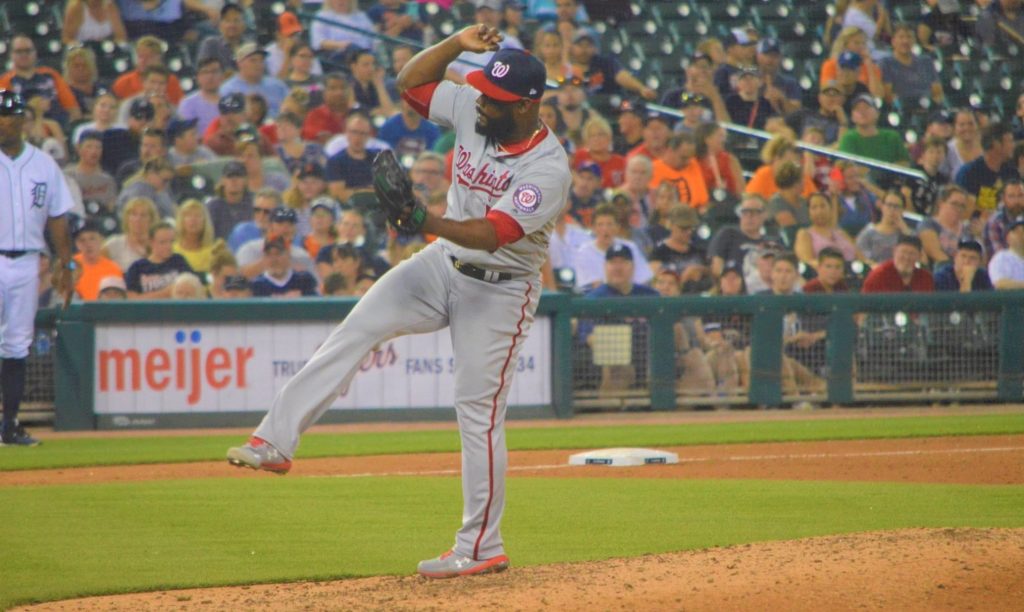 There is a saying that you must know your player. Manager Dave Martinez should have known that Fernando Rodney has never had an inning this season in his MLB tenure where he has held a team to no runs when his pitch count was at least 20-pitches and this is the fifth such time he failed in that situation. The 42-year-old has not pitched more than 1-inning this season in the Majors. Why now? After Victor Robles tied the game in the ninth inning with a 2-run home run to hang a blown save on Braves closer Luke Jackson, you need a fresh arm in there given Rodney’s background plus his age. Sure, he was well rested but he had a long 8th inning throwing 17-pitches. He was not going to have a quick inning, but again why push him when you have fresh arms? Rodney finished with 32-pitches and allowed bases loaded before the walk-off single, and he did not retire a batter in that 9th inning.

The game was basically started out as a pitcher’s duel between Patrick Corbin and Julio Teheran. It was a 2-1 game before it went to the bullpen, and for the second night in a row Tanner Rainey was used. We have written extensively that Rainey just has not been effective when used two games in a row. Does Davey have analytics? Before this outing, Rainey had an 11.37 ERA when pitching in a game with no rest which he did for the 9th time tonight. When Rainey has at least one day of rest, his ERA is 1.15. How does his manager go to him tonight when he has other arms that are rested? It was not an emergency at that point. Again, know your player.

The Nationals offense was beyond bad tonight when you look at four position players without any hits and Juan Soto was hitless again while stranding three baserunners. Howie Kendrick is in a mini-slump of his own and was 0-4 with two strikeouts. Anthony Rendon was 2-4 and plated the first run of the game, and Robles drove in the other two in this 4-3 loss.

Baseball is a game that provides some very predictable patterns. While it was possible that Rodney could pull it out, it just seemed improbable as he faced the top of the Braves order. For Rainey, his coaches and manager have seen his patterns all season. You had five arms who did not pitch yesterday like Javy Guerra, Wander Suero, Tony Sipp, Fernando Rodney and Sean Doolittle. Can’t those five pitchers cover four innings before you think of using Tanner Rainey, Matt Grace of Kyle McGowin again? Where was the plan?

The Nationals gave back the game they gained yesterday and go into tomorrow’s game with Anibal Sanchez on the mound to face the Braves best pitcher Mike Soroka.