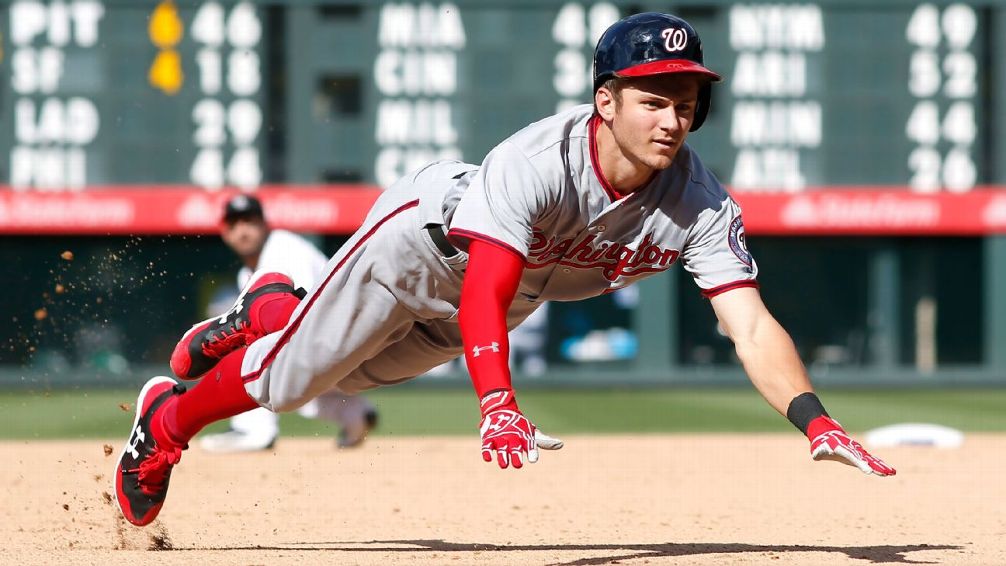 Baseball players are judged by their tools at every step of their youth from travel baseball to showcases on the 20-80 scale. The 5-Tool player is the most coveted by teams that want the complete athlete who can excel in every aspect from the hit tool, defense, baserunning, throwing and exhibit power. The Nationals had that for a season with Alfonso Soriano who put together a 40-40 season for the ages although we can debate his defense as he learned leftfield. Baseball has a chance to showcase these athletic marvels like the NBA does with their athletes.

Why doesn’t baseball do a full skills competition showing off their top athletes? The Home Run Derby is better than ever but too long. Who wouldn’t want to see the fastest men in baseball sprint down the rightfield line 360 feet and timed at every 90 feet! Just imagine Byron Buxton, Trea Turner,  Billy Hamilton, and Victor Robles sprinting past 4 bases.

How’s about the highest velo in baseball as the big arms air it out with a crow hop at a glass target that is shatterproof at 100 mph!

What about the Slam Dunk Contest equivalent in baseball which is the catch above the centerfield wall to rob home runs. Nats fans just witnessed the thievery of JaCoby Jones going over the wall to rob Victor Robles.  A pitching machine could shoot balls higher and higher as players sky over the wall and judged on level of difficulty.

The “golden arm” competition takes outfielders 350 feet from home plate to see who can nail an imaginary runner at the plate using graphic enhancement of the runner.

Lastly you have the bunting competition as batters take 90 mph fastballs and must place them in a painted target 50 feet from homeplate on either side of the pitcher’s  mound near the fair/foul lines.

Baseball now has some of the best athletes in the world.  It is time to showcase them as athletes and not just baseball players.