Parra blasts the Nats to a victory and a series win! 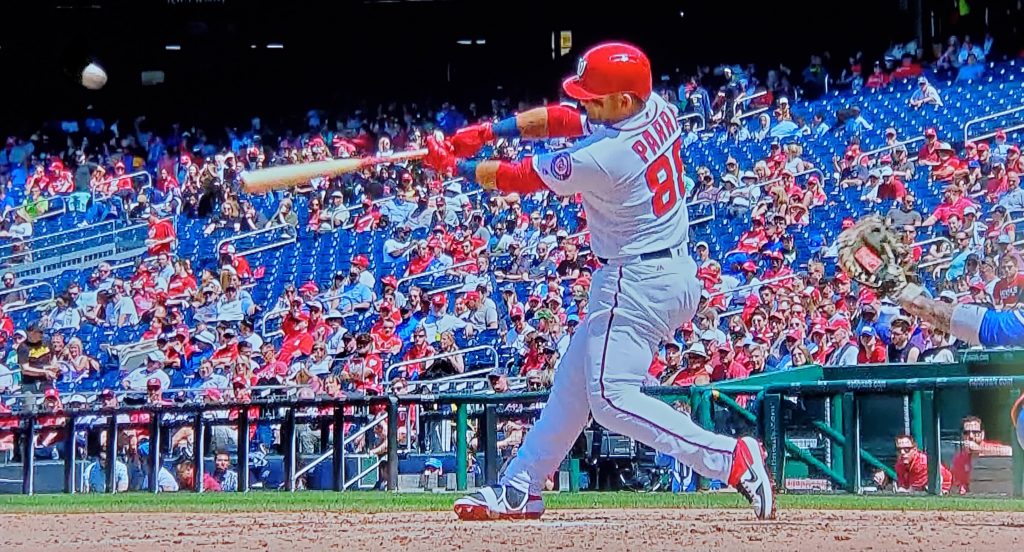 The Nats won a series and a big game this afternoon on the back of Gerardo Parra who was a triple shy of hitting for a cycle on a perfect batting day. The Nats bullpen had to go into overtime after Anibal Sanchez pulled his hamstring and exited the game in the middle of the second inning.

“That was a great win today,” Parra said. “We win the series.”

It sure seems that Parra has brought a “can do” attitude with him to his new team that he joined exactly a week ago. Erick Fedde took over for Sanchez with a 4-run lead that the Nats accumulated in the first inning, but Fedde had a meltdown in the third inning and gave the entire lead up. The rest of the bullpen threw a shutout until Sean Doolittle loaded the bases and almost blew the 3-run lead he was spotted but fortunately held on for the 7-6 win.

The legend of Gerardo Parra continues as he has now hit two huge homers for the Nats since coming aboard to put his team ahead in two games that turned into wins. His heroics today also included scoring the winning run after a walk and then he stole second base with two outs and scored on Kurt Suzuki’s single which was the huge manufactured add-on run that turned into the difference in the game. In Parra’s five games with the Nats, he is batting .294/.368/.765/1.133 with two homers and 7 RBIs.

“[Parra’s] been tremendous,” manager Dave Martinez said. “He’s a veteran guy that has played for a while, just loves to play the game. He is very vocal in the clubhouse, too, which I like, and on the bench and with everybody. But especially with the Latin players, he’s been really, really good, and he came up with some big hits today. I’m happy we got him. He was available, and we picked him up, and he’s a big part of our success the last few days.”