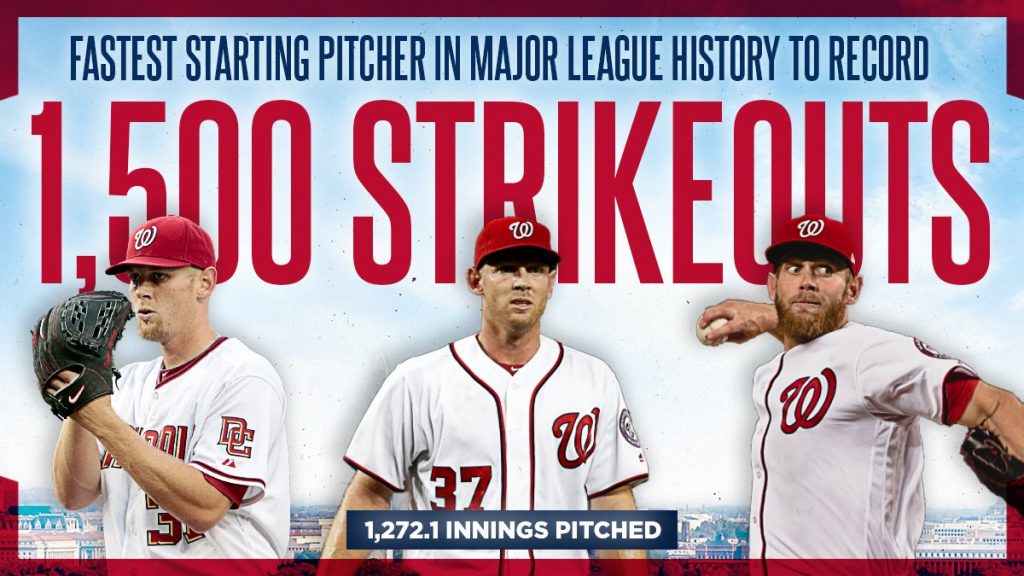 The Nationals won this game with four regular starters, and some great pitching in a 2-1 win to salvage this series. Stephen Strasburg pitched a 1-run game over 6 2/3 innings and the bullpen made it interesting while throwing a 2 1/3 inning shutout culminating in a 1 1/3 inning 30-pitch save by Sean Doolittle. In this one, it was the Cardinals who had defensive errors and blew the game. The Nationals avoided a 4-game sweep and head to Philadelphia with a nice win.

The game started with a 2 ½ hour rain delay from what was supposed to be a 4:05 pm start time. The game finished just past 9:30. While the Cardinals rested several regulars, the Nationals were without Juan Soto again after he was scratched with back spams for the second game in a row.  With Trea Turner and Anthony Rendon on the 10-day IL, the infield tonight was 3B Howie Kendrick, SS Wilmer Difo, 2B Brian Dozier, 1B Matt Adams. The entire lineup only featured one player over a .770 OPS and that belongs to Howie Kendrick who began the season on the IL.

The #Nats Stephen Strasburg is now the quickest ever to 1,500 strikeouts for his career in just 1,272.1 innings pitched. Strikes out Matt Wieters teammate for the record.

For the scoring, the Nationals did it without an RBI as the first run scored on a throwing error, and the second run scored on a no-out doubleplay off the bat of Brian Dozier. The Nationals had few chances as they only scattered 5-hits in the game and two of them were on Howie Kendrick’s statline, and Adam Eaton, Yan Gomes, and Matt Adams had the other 3-hits.

Mike Rizzo calls an impromtu media session and announces that the team they have parted ways with pitching coach Derek Lilliquist and will promote minor league pitching coordinator Paul Menhart.

In one of the stranger anomalies of this season, the Nationals are 8-2 in final games of series, but only 1-9 in first games of series. You could feel for a while that the Nationals needed to make a change in the dugout hierarchy, but instead of a change in the manager the team fired pitching coach Derek Lilliquist who was hired before the 2018 season for manager Dave Martinez‘s staff. Paul Menhart will take over as the pitching coach and he has  been in the organization for 14 years and most recently as the minor league pitching coordinator for the last five years. He will join the team tomorrow in Philadelphia. Mike Rizzo made the announcement of the firing of Lilliquist in an impromptu gathering of the press saying that he needed a “new message” and “a new voice” citing preparation issues as one of the reasons for the dismissal of Lilliquist.

“At this point we wanted a new voice — a new face — someone to relay a message a different way,” Martinez said.  “Derek is a good friend of mine so this was tough. … Moving forward this is the best for the team.”

While many fans and even some in the media have thought a firing of the manager was warranted, general manager Mike Rizzo gave a vote of confidence to his manager.

There you have it.