Game #30 Another salvage game except this is in a 4-game series! 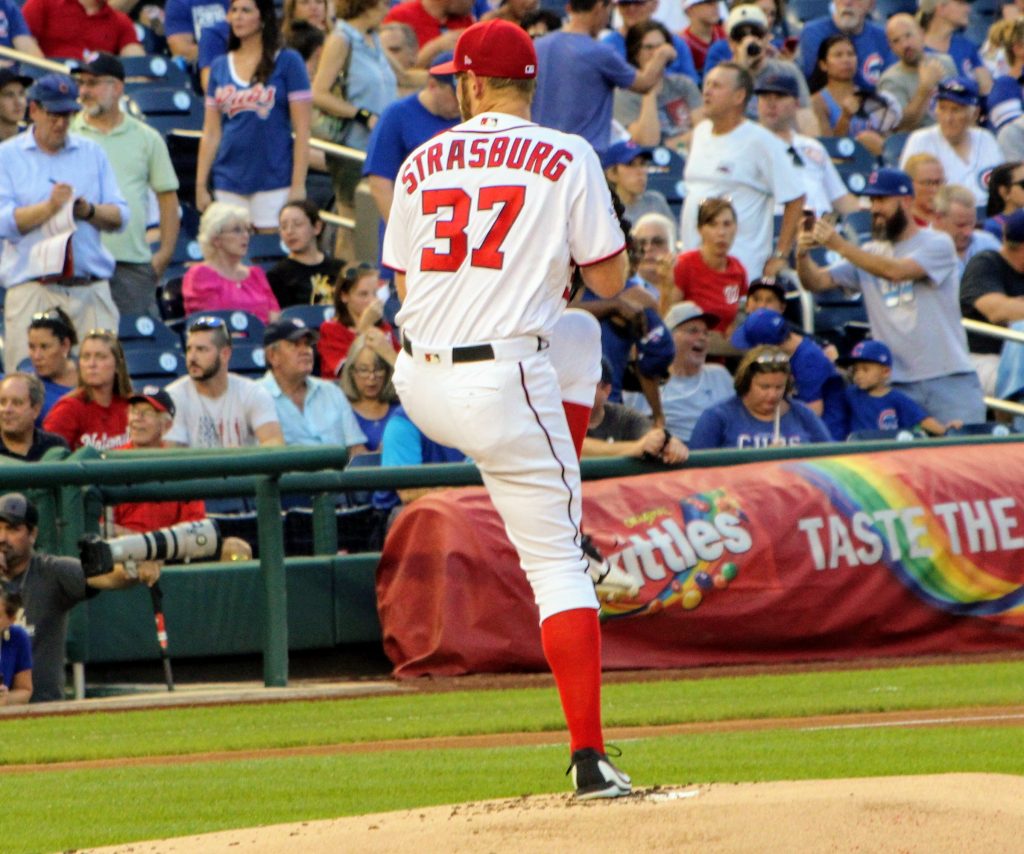 Last night, it took less than 10 minutes to elapse in the game before a massive blunder happened in right-field on a misread of a Marcell Ozuna liner. The errant baseball had typical slice off of a right-hander’s bat that moves left to right. On this night, Victor Robles was moved to rightfield and the Ozuna liner turned what should have been an easy out into a double, and before you knew it 3-runs scored in the first inning.

The Nationals never recovered for their starting pitcher, Max Scherzer, who should have had an easy night against his hometown team, but his offense could only muster up one run of support for their star pitcher who deserved better on this night. The Nats have only won one of Scherzer’s starts this season of the seven times he has pitched. Max had three stressful innings leading to a 110 pitch outing over 7 innings. After the 1st inning mishap, Scherzer did not allow another run to score. It was another game where the Nats offense had plenty of baserunners. The Cardinals had 11 hits in the game, but the Nats had 9 and lost 5-1. The bullpen’s scoreless streak ended at 16 innings in this game, but it did not seem to matter because you won’t win many games scoring just one run — except it is possible as the Reds beat the Mets last night 1-0.

One of the hotly debated parts of the game started before the first pitch when Juan Soto was scratched due to back spasms and the outfield was reconfigured. Soto was replaced by Michael Taylor, and Dave Martinez moved Adam Eaton from RF to LF and Victor Robles from CF to RF and inserted Taylor into CF. Why move your two starting outfielders? Sure, Eaton has not been a “plus” defender in rightfield but why move two players to insert Taylor? Robles has had two games this season in rightfield and both have been adventures. He is the centerfield starter. As it turned out, most of the outfield action was in rightfield, and the ball always seems to find you. There is the old saying “if it ain’t broke — don’t fix it.” Centerfield was just fine with Robles. As F.P. Santangelo mentioned on the game broadcast, the teams had no field time last night as he specifically mentioned Robles did not get any pre-game fungoes or shag flyballs in BP.

Other than that, Carter Kieboom was challenged multiple times in the game on groundballs. His range to his glove-side is lacking, and he committed an error in the game which is his second in his first week. Kieboom was also involved in two bizarre plays of possible obstruction with a baserunner and one was called. The Cardinals seemingly have been trying to rattle the young Kieboom and it has worked. In the first inning MASN’s Bob Carpenter said, “The Cardinals smell blood in the water” which unfortunately was the wording from Cardinals players after the 2012 playoffs when they beat the Nationals in the NLDS amidst a game 5 meltdown.

The Cardinals are an excellent team, and last year they had a gaping hole in their defense ranking the worst in the NL which led them to self-reflection and improvement in that part of their game. Some teams talk about “the little things” and some actually fix them. Actions speak louder than words. The Cardinals look like legitimate contenders even though their starting pitching staff is mediocre.

Today’s game is a late-afternoon affair. Stephen Strasburg has the role of stopper — again, and the Cardinals will attempt the rare four-game sweep with righty Dakota Hudson on the mound. Hudson makes his 7th appearance of the season and has an awful 1.92 WHIP and 5.63 ERA. The sinkerballer is a former 34th overall pick in the 2016 draft out of Mississippi State. His road ERA is 9.35 and the Nationals should be pouncing today early and often.