The baseball world was buzzing about Vlad Jr.’s debut; Carter Kieboom’s was better! 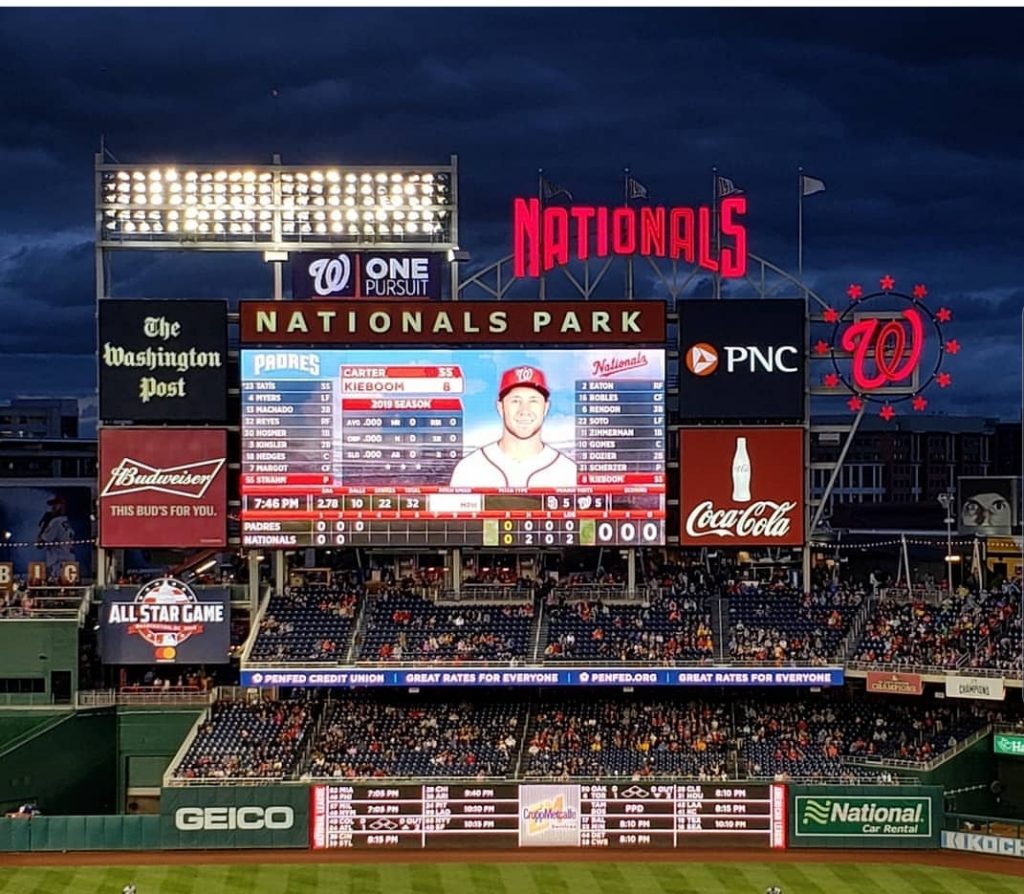 The fans at Nationals Park showed up on this Friday night even with the heavy pre-game rain, strong winds, and tornado warnings to take in the debut of Nationals top prospect Carter Kieboom. The announced attendance was 27,193, and several fans who fell in love with the blue-eyed shortstop from the cities where he learned to be a Major Leaguer, traveled to see him play. They drove from their homes in Hagerstown, Harrisburg, and Henrico County in Virginia. Kieboom would not disappoint as he smashed a home run that cut through the strong wind over the centerfield wall making him the fifth youngest shortstop in MLB history to hit a home run in a debut game. That game tying home run deserved a curtain call, and he got it as his teammates urged him to jump out of the dugout.

“I’m not sure I ever even dreamed [about a curtain call],” Kieboom said. “That was unbelievable. That was a cherry on top of anybody’s call-up moment. That was real special, and I appreciate the fans for doing that.”

The most important fans in attendance on this night were Alswinn and Lynette Kieboom who are the parents of Carter Kieboom. His parents traveled in from Georgia, and his brother Trevor, who happens to be his agent, also made the lengthy trip while brother Spencer Kieboom followed the game on his phone as he was stuck in a hotel room after his Double-A game was postponed due to rain in Hartford, Connecticut. Also in attendance and sitting with the family were Carter’s off-season hitting instructor, Jay Hood, and his other agent Keith Grunewald from Vanguard Sports.

“Carter never ceases to amaze me,” his mother Lynette Kieboom told us. “What an awesome moment for him — and our family.”

There are fans like high-schooler Abbie Headington from Fredericksburg, Virginia who is a fan of the Kieboom brothers and considers them her favorite players. Her father taped the reveal when he told Abbie that Carter Kieboom was getting called-up. There have been so many fans who have fallen in love with the Kieboom boys.

The family got to live through Spencer’s debut on October 2, 2016, but that was a pinch-hitting appearance that resulted in a walk. Spencer’s MLB career could have ended there with that one career plate appearance in 2016, but he persevered and made it back to the team in 2018 only to watch his dreams of making the 2019 Opening Day roster vanish when the Nationals signed free agent Kurt Suzuki and traded for Yan Gomes in the off-season. For Carter’s debut last night, the family was filmed on the MASN broadcast showing every emotion in each at-bat.

One of the first congratulatory calls was from Trea Turner‘s father to Alswinn Kieboom. It was Trea’s injured finger coupled with the mediocre play from Wilmer Difo that made this debut a possibility. Depending on circumstances when Trea gets activated in May, it will probably be Carter Kieboom shifted to second base with Brian Dozier to the bench or Kieboom back to the Minors. With Dozier batting .176 and Difo at .246, something had to change and general manager Mike Rizzo made the right call as his hand was forced.

“Trea is one of the best shortstops in Major League Baseball,” Rizzo said. “And when his bone heals and he’s ready to play, he will be here playing shortstop for us. That doesn’t preclude us from keeping Carter in the big leagues or sending him back down for more seasoning and recall him when we need him.”

While the baseball world was buzzing about the debut of Vladimir Guerrero Jr. on this same night, it was Carter Kieboom who quietly became the 19,478th Major Leaguer in a trio of players making their debuts on this day along with Ty France from the Padres. While Vladi hit a ball to the wall, it was Kieboom who hit the ball over the wall and tied the game in the 8th inning with his timely home run.

“Yeah, that’s a heck of a ballgame for his debut, to go out there and his first hit being a solo shot, and tying the ballgame up in a big spot,” starting pitcher Max Scherzer said. “He did great tonight. You know he’s on cloud nine. In your debut game, everybody is. For him to not only to be in a debut game, to stay calm and collected in a big spot and hit a homer, that’s awesome. Something he’ll never forget.”

In the Disney ending, the prince slays the dragon and wins the game. The dragon in this case was Kirby Yates who loaded the bases in the 9th inning and he schooled the call-up on a perfectly thrown middle of the plate 86.0 mph splitter that looked center-cut then dropped below the knees. The prince will get more chances to be the hero. Kieboom has the looks to be a Disney prince with baby blue eyes and a boyish smile. The 21-year-old bachelor will have that Disney ending one day. 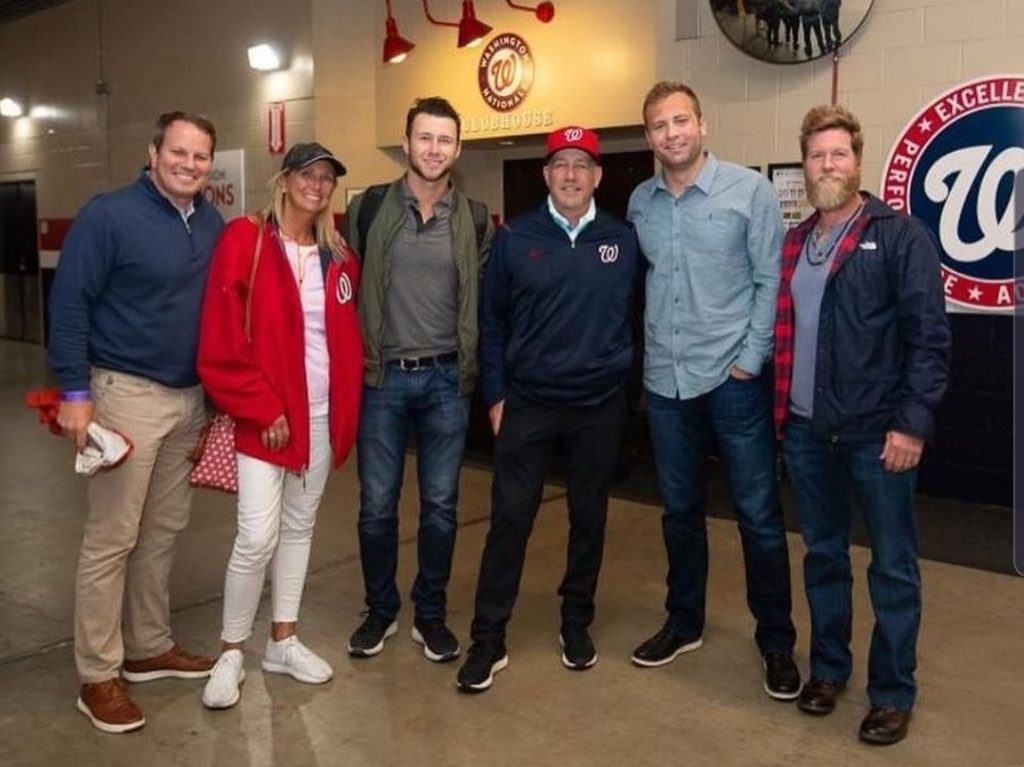