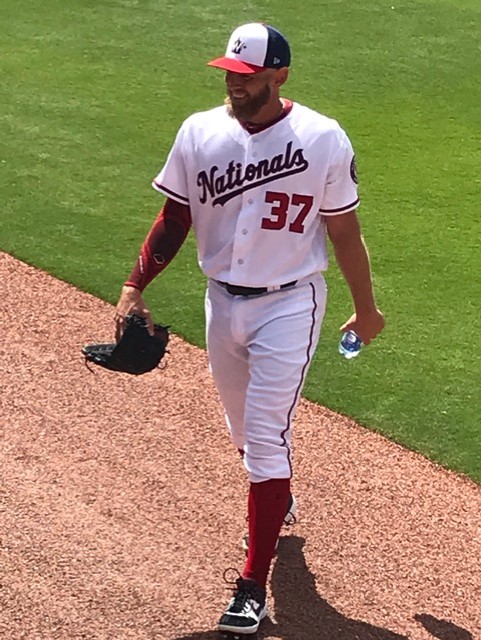 After dropping the first two games in this series to the Marlins, the Nationals can only try to salvage this series and avoid the sweep. This was the series that many thought the Nationals would use to breakout. Not only have the Nationals not broke out, they have broken down. Max Scherzer with arguably his worst start ever as a Washington National. If you saw the game, it was statistically worse given that the Marlins were only scoring 2.5 runs per game before this game and Scherzer yielded 7 runs over 5 1/3 innings.

If manager Dave Martinez just accepted the fact that Scherzer did not have it — which you could see in the first inning when Scherzer labored and gave up two runs — but with a 4-to-3 manageable deficit at the top of the 6th inning, Martinez inexplicably gave Scherzer the ball to start another inning which turned a one-run game to a game seemingly out of reach.

“It was just location,” said Nats manager Davey Martinez. “He left too many balls up and over the plate. And when you do that, you have big league hitters and tonight just wasn’t his night. He said he felt good. But his location was just not good tonight. … He gave us everything he had today.”

So Davey knew. So why keep your starter in the game? It was a one-run game as the 6th inning began. Get in your “A” bullpen who would at least give you a chance. Quickly, Max allowed the game to get out of reach in that 6th inning. The Marlins got another 3 runs off of Scherzer and he exited with a 7-to-3 deficit at the 5 1/3 mark and 108 pitches. The game finished at 9-to-3 as both Matt Grace and the newly called up Austin Adams struggled. Strangely, Trevor Rosenthal was never used. It could have been worse on the scoreboard and remember that the home team did not need to bat in the 9th inning since they had the lead.

“For me, it’s easy to really tell the pitches are right down the middle,” Scherzer said. “When you pitch down the middle in this league, you get hit. They’re very familiar with my stuff and they’ve seen me over the years — that when I leave pitches down the middle to these guys, they are going to kill it. Mentally, you start thinking about what’s causing the problems of why wouldn’t you have command. What mechanical little things would you do differently? ”

To add insult to injury, Anthony Rendon was hit by a pitch on his left elbow and was in so much pain that he was removed from the game and they did an x-ray that fortunately showed no break.

So today it is Stephen Strasburg on the mound to be the team’s stopper. When he came up for the Nationals, he was the team’s ace until Scherzer was acquired, and with his first inning pitched today, Strasburg will tie his former teammate, Gio Gonzalez, for the most innings pitched in the Nationals 14-season history since they came to being in 2005.  Stras has thrown 1,252 1/3 innings since his debut in June of 2010. Strasburg is also 5 wins away from 100 for his career. The Nationals really need the great Strasburg to show up today.

For the Marlins, they have Trevor Richards on the mound today. The Nationals have seen him a few times if you include Spring Training. 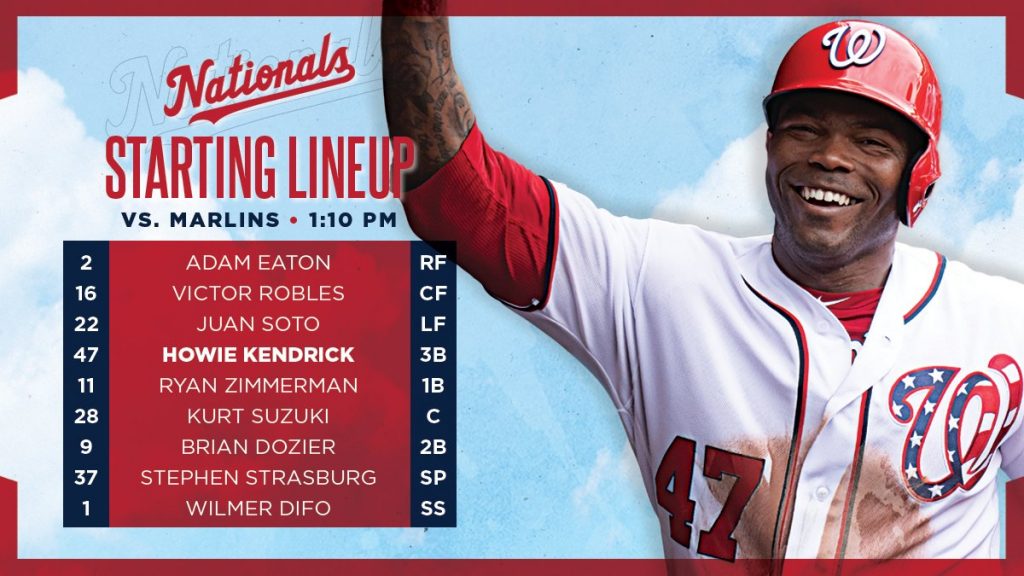