High Stakes Poker at the top of the free agent market! Betting on Harper and Machado! 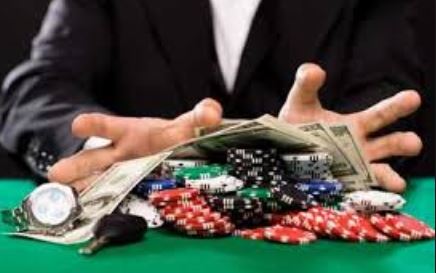 For a few hours yesterday, all of the baseball focus turned to Mariano Rivera, Mike Mussina, Edgar Martinez, and the family of Roy Halladay. Those four players were voted in baseball’s Hall of Fame and the baseball free agency market took a back seat. It was almost like there was a moratorium on mentioning the name Bryce Harper or Manny Machado. It was almost surreal how quiet it got on the free agent front, and here we are exactly 20-days from MLB Network’s first broadcast from Spring Training set for February 12th, and the two biggest names in baseball (no offense Mike Trout) are still without a home.

It got so comical on Sunday that Bryce Harper tweeted that he was calling Tony Romo to see where he would be playing. Romo became the summoner on the AFC Championship broadcast, and it was a fun night on social media for Bryce and Romo. If you did not know, Harper is a self-proclaimed Dallas Cowboys fan where Romo played his “entire” career professionally. Did you hear that Bryce — his entire career.

But let’s face it, the way to settle this free agency thingie is to just play it out on the poker table. Put the team owners at the table with their cash to spend and the winner takes all. This is all complicated because the Phillies and White Sox appear to be playing two-hands simultaneously as they are “in” on both Machado and Harper. The amount of B.S. and bluffing going on is what you see at the Texas Hold ‘Em tables in the casino. The gamblers are wearing sunglasses and baseball caps and are all fidgety and some are even sweating. While this is not a sport, even ESPN will sometimes broadcast the big tournaments.

Sports and gambling have been tied together for so long that you can draw so many parallels to what you see in these negotiations for free agents — that they are very similar. The good agents like Scott Boras get you to second-guess and sometimes bid against yourself. Poker has odds and statistics just like baseball. The best poker players scout their opponents.

Here is that chart you saw a few days ago updated (after the Sonny Gray trade and Nick Markakis signing) and sorted by money left under <over> the salary cap. Note that the final numbers do not count unearned incentives and bonuses so the numbers could be slightly lower. 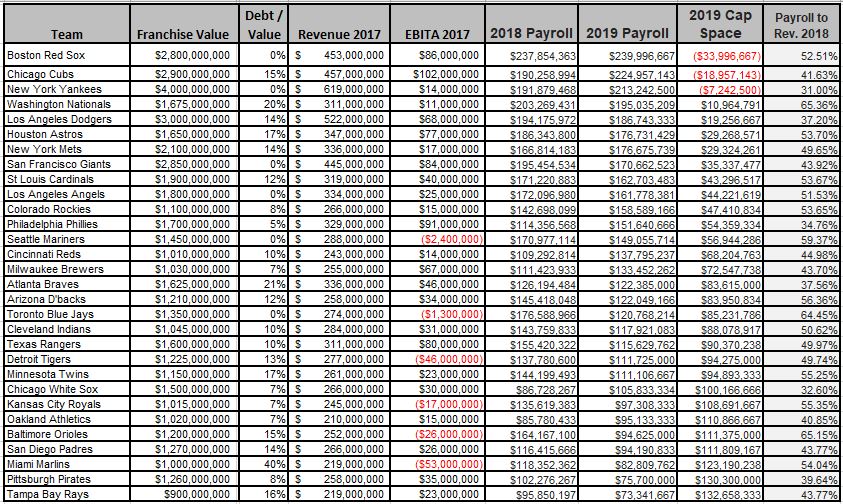 Go through those numbers and you will see that the Phillies, Braves, and Mets all have higher revenues than the Nationals due to their RSN TV deals, and the Phillies according to Forbes made about a $91 million profit in 2017. They certainly seem to have more room to spend if they desire, but in this game of High Stakes Poker and “prudent” (the opposite of stupid) spending, will they?