The #Nats add some oomph…with an asterisk…to the middle infield! 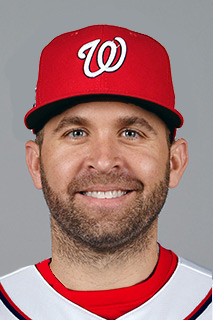 The Washington Nationals have been in need of a big bat in the middle of the order since Bryce Harper left to test the waters of free agency. They have also been in need of a second baseman to push Wilmer Difo to the bench and/or take the pressure off injured Howie Kendrick to rush back to the field.

On Thursday, according to multiple reports, the Nats agreed to terms on a one-year, $9 million deal for the services of Brian Dozier. Formerly of the Minnesota Twins and late of the Los Angeles Dodgers, Dozier was the heaviest hitter on the free agent market at the position. But that comes with a caveat, as although just a couple of seasons removed from a monstrous 42-homer, 18-steal season (and just one removed from an only slightly less monstrous 34-homer, 16-steal season in which he also won a Gold Glove), Dozier is coming off the kind of year that impending free agents dread having.

In 2018, Dozier fell off dramatically at the plate. After hitting just .227/.712 with the Twins (albeit with 16 homers), Dozier was traded to the World Series-bound Dodgers. With the Blue People, Dozier limped to a .182 average with a miserable .650 OPS. He only supplied five long balls for the Dodgers over the remainder of the season, and in the postseason, he was a non-factor, collecting just two hits in 16 at-bats. His defensive ratings took a tumble as well, again worsening in L.A.

What happened? That’s surely the question Nats GM Mike Rizzo tried to find answers to this winter as he considered multiple free agent second basemen. Evidently, Rizzo must have come up with an answer that satisfied him, as Dozier is now a Washington National.

One possible explanation that Dozier himself offered late in the season is that he was playing through an injury. In September, Dozier revealed that he had knocked his knee back in April, when he was still a Twin, and the soreness hadn’t subsided even months later:

“If one side of your leg is not working, find a way to use your other side,” he said. “That’s just my mentality.”

Jon Heyman of Fancred reported in November it was worse than Dozier let on at the time:

Brian Dozier toughed it out and played with a severe bone bruise all 2018, which explains his uncharacteristic season …

Heyman, a veteran baseball reporter, was evidently satisfied with this explanation. And it may be that Dozier simply needed time to heal — time he was unwilling to take during the regular season. As that September report in the Los Angeles Times noted, Dozier has never been on the disabled list in his career, and while Dodgers manager Dave Roberts confirmed he was aware of Dozier’s condition, he said the team’s medical staff agreed Dozier was still able to play.

Nats fans have seen how a player’s decision to gut it out through a nagging injury can impact his game. In 2015, Stephen Strasburg had an uncharacteristically rough season (although his then-career-high 3.46 ERA is one dozens of other pitchers around the league can envy). After the season, he had a previously undisclosed “benign growth” removed from his back, which agent Scott Boras said “bothered” him on the mound throughout the year. The following year, with Harper inexplicably struggling on both offense and defense midway through the season, well-respected baseball scribe Tom Verducci of Sports Illustrated shed some light on the situation when he reported that Harper had been playing through a shoulder injury for weeks. Team officials offered rather shaky denials, while Harper himself stayed mum on the subject. Harper’s results the following season, after an offseason to recuperate, spoke for themselves.

There just aren’t enough changes in his profile to account for that kind of fall off in BABIP leaving me with little else but bad luck as a major culprit.

Sporer noted that Dozier’s batted-ball profile was little different, except that not as many of his flyballs made it out of the park (something that could have been affected by Dodger Stadium’s notorious “marine layer”). Meanwhile, his batting average on balls in play (BABIP) tumbled 60 points, which is a massive drop that one normally sees correlated to a spike in infield flyballs, groundballs, or soft contact, none of which jumped high enough to explain it.

Dozier’s deal will become official after a physical, as is customary with free agent signings. Presumably, Dozier’s down year and the reported knee injury were subjects of conversation between Rizzo and the player’s representation at All Bases Covered Sports Management. Presumably, Rizzo heard the answers he needed to hear to feel confident that Dozier will be worth $9 million for the Nats in 2019.

The Nats considered other options, according to multiple reports (and common sense). Among the other players they were reportedly engaged on: former National League batting champ DJ LeMahieu, two-time All-Star Josh Harrison, resurgent veteran Jed Lowrie, and utilityman extraordinaire Marwin Gonzalez. The Nats also reportedly made an offer to decorated 36-year-old Ian Kinsler, who infamously started over former National and then-NL MVP runner-up Daniel Murphy for Team USA in the 2017 World Baseball Classic — but Kinsler instead chose to sign with the rebuilding San Diego Padres. They were loosely connected in trade rumors to the Texas Rangers’ Jurickson Profar, a 25-year-old former top prospect whose young career has been marred by injuries, before the Rangers and division-rival Oakland Athletics agreed on a swap to send Profar to the Bay Area.

Ultimately, though, the Nats have another consideration beyond just upgrading Difo at second. Top infield prospect Carter Kieboom finished out 2018 with a very strong showing in the Arizona Fall League, on the heels of a promotion to Double-A. While nobody expected Kieboom to be in the mix for the starting job to begin the 2019 season, there is a general sense that he’s likely the next position player prospect to graduate for the Nats, and he could debut at some point this season. And while Kieboom has played shortstop exclusively on the Nats’ farm, in the AFL, he began getting regular playing time at second base.

Trea Turner has the Nats’ starting shortstop job locked down through 2022. The Nats didn’t want to commit multiple years to someone like LeMahieu, Harrison, Lowrie, or Gonzalez at second base, since that position looks like Kieboom’s only realistic path to the majors. (Eighteen-year-old phenom Luis Garcia, another natural shortstop whom most prospect evaluators rank just behind Kieboom as the Nats’ second-best infield prospect, logged nearly 300 innings last year at third base and could potentially be in line for the job in the long run if the Nats cannot extend homegrown star Anthony Rendon.)

Essentially, signing Dozier provides a short-term bridge to Carter Kieboom at second base. And whereas a multi-year signing would have likely touched off a flurry of calls to Rizzo’s desk from teams wondering if the blocked top prospect could be obtained via trade, the Nats’ intent is quite clear: Dozier in 2019, Kieboom in 2020.

The other best argument for Dozier for the Nats is that need for a big bat in the lineup. Dozier bats from the right side and has historically hit left-handed pitching much better than right-handers. He joins a lineup that already figures to be heavy on right-handed hitting — but which was notably short on right-handed power, with Turner and Rendon regarded more as doubles hitters than power threats (although both are certainly capable of threatening 20-25 home runs in a season) and the production of inconsistent veterans Ryan Zimmerman and Yan Gomes somewhat hard to predict. Especially since Difo is a light hitter without much power to speak of, adding Dozier to the team figures to add around 20 home runs over the course of a season, which could be quite impactful.

It’s no secret that the Nats are still in the mix for Harper, who at 26 should be able to get at least ten years on the free agent market. The division-rival Philadelphia Phillies are reported to be sending a top-level delegation to meet with Harper on Saturday. However, all indications are that the Nats are favorites to re-sign Harper:

Bryce Harper is still expected to meet with #Phillies brass on Saturday. However, a rival executive told me he doesn’t believe they’ll trump the #Nationals offer, and that he thinks Harper will ultimately return to Washington.

Manny to Philly? Bryce back to Washington? Here’s the latest on the Machado and Harper markets, which, according to a source, are “heating up” https://t.co/xqqxHjkROt

A picture says 1,000 words. Bryce Harper said he loves D.C. and if he wants to stay the Nationals ownership want to figure out how to make that happen — per source. pic.twitter.com/GwFHfWSta5

In the immortal words of Yogi Berra, of course, “it ain’t over ’til it’s over.” That cuts both ways, as many Nats fans (and some writers, including Thomas Boswell of The Washington Post) considered Harper to be as good as gone just days or weeks ago. And it also means Harper signing with the Phillies or another team can’t be ruled out until the ink is dry on an agreement bringing him back to D.C. The high drama of the offseason continues.

Elsewhere, the Nats will keep looking for depth, likely in the form of minor league signings with invitations to major league spring training. Former Nats farmhand Brandon Snyder reportedly re-signed with the team earlier this week. The Nats could also bring back 2018 contributors like Tim Collins or Jeremy Hellickson on cheap deals, if they are amenable. Other free agents of interest who might be picked up on minor league deals or very cheap major league deals include the likes of infielders Neil Walker or Derek Dietrich, lefty relievers Jake Diekman or Boone Logan, and starters Ervin Santana or Josh Tomlin — among many, many others.

The three most glaring weaknesses of the disappointing 2018 Nationals — middle of the rotation, catchers and second base — have been shored up through Rizzo’s aggressive offseason strategy. The biggest remaining weakness is probably the back of the rotation, as while Anibal Sanchez provides stability and upside as the fourth starter, the role of fifth starter looks like a competition between Joe Ross, who was effective for the first half of 2016 but has dealt with shoulder and elbow injuries since then and looked rather flat coming back from “Tommy John” surgery last year; Erick Fedde, whom the Nats keep hoping can turn the corner but has struggled badly to limit baserunners at both the Triple-A and major league levels to date; and Henderson Alvarez, once a young rising star whose career was derailed by injuries; with names like Austin Voth, Kyle McGowin, and Sterling Sharp hovering at the periphery of the conversation. A low-cost veteran signing or a couple more promising non-roster invitees could go a long way toward preventing a redux of last year’s failed A.J. Cole experiment.

TalkNats projects the Nats’ 2019 payroll at $198 million in annual assessed value, placing the team about $8 million under the luxury tax threshold before incentives (which are built into Anibal Sanchez and Trevor Rosenthal‘s contracts). That number will be affected by the final contract numbers for the Nats’ arbitration-eligible players, some of which could be announced as soon as today.

This entry was posted in Analysis, Dozier. Bookmark the permalink.
← Previous Article | Next Article →