Part II: What moves would you make going forward for the #Nats? 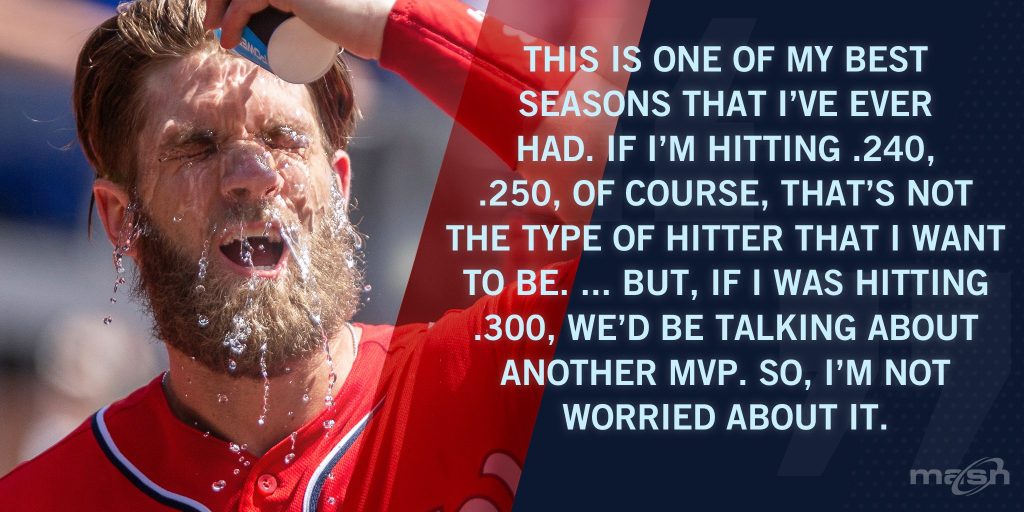 On Thursday, we did our version of “virtual armchair G.M.” leading up to the tease if it was possible for the Nationals to re-sign Bryce Harper while improving the starting rotation, catcher, and even re-sign Daniel Murphy as the 2nd base/1st base hybrid. We also now have free agent salary estimates from MLBTR and Jon Heyman. The short answer is “yes” although there would need to be some additional moves to clear payroll space. 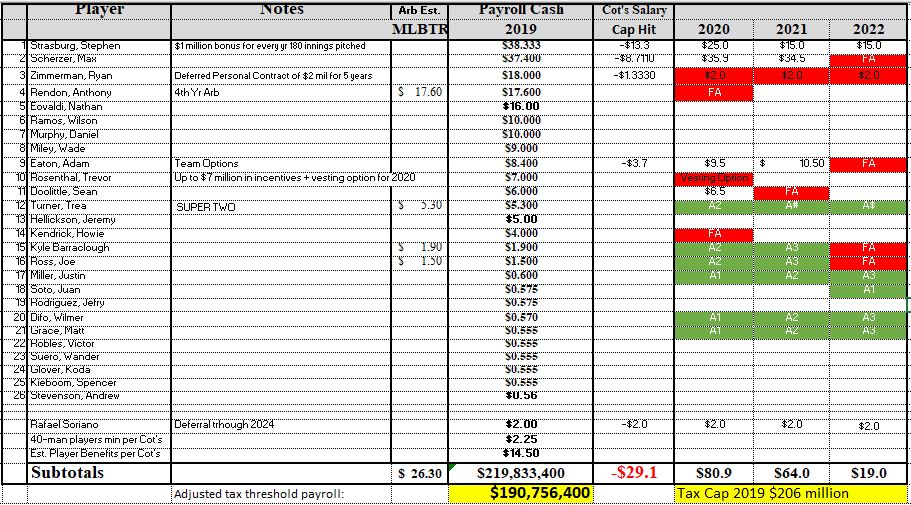 Recall that we finished our last article at $191 million leaving a $10 million buffer for incentives and July acquisitions as well as $5 million for a lefty arm in the bullpen.

Those scenarios all make numerous assumptions and some might question why not trade Adam Eaton? The reason why you retain Eaton is because he only costs the team $4.7 million towards the CBT calculation.

We also checked with Jeff Euston the CBT expert at Baseball Prospectus who maintains the Cot’s salary register. Due to the paucity of situations where contracts have been reworked for CBT purposes, we wanted his expert opinion on whether or not a new Zimmerman deal would work.

“In theory, yes. But it’s up to each player and club whether to treat it as two separate deals (the existing deal with a new extension) or as two deals merged into one new contract. A club like Washington will prefer one new deal for the reduced CBT hit, as you describe.

“But the player would have to get enough new money to make it worth his while. And the MLBPA is loathe to sign off on any reduction in salary, obviously. … It’s not really common, but I know it came up with Brett Gardner and the Yankees when he signed a new four-year deal in 2014. And it came up with the big extensions for Ryan Braun and Miguel Cabrera, as well.”

So it is possible to rework Zimmerman’s deal and he has hinted several times that he is “overpaid” and open to an extension.

In the Jon Heyman article, he writes:

The Nationals would be able to stay below $30 million on the Heyman estimate if money was backloaded giving a more favorable AAV. If you examine the MLBTR, the experts numbers, and Heyman’s numbers for all of the players in our articles we are very close to their numbers for Harper, Eovaldi, Ramos, and Hellickson as well as Miley.

There are several ways to achieve the end result based on priorities, and what we have shown is that with some tough decisions like parting ways with Tanner Roark, Michael Taylor and Sammy Solis while reworking the Zimmerman contract, you can upgrade the starting rotation and the catcher position and re-sign Bryce Harper. 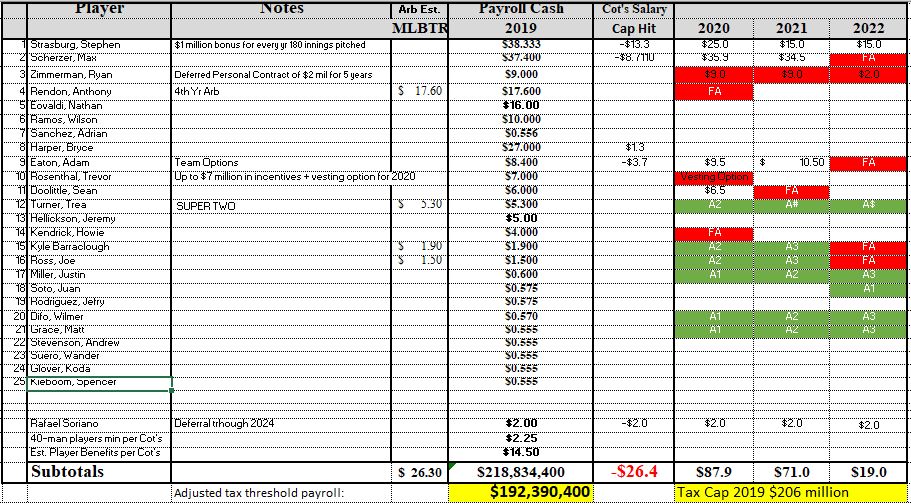 This entry was posted in Harper, MikeRizzo, Roster. Bookmark the permalink.
← Previous Article | Next Article →