2019 Preview – The Manager and coaches #Nats 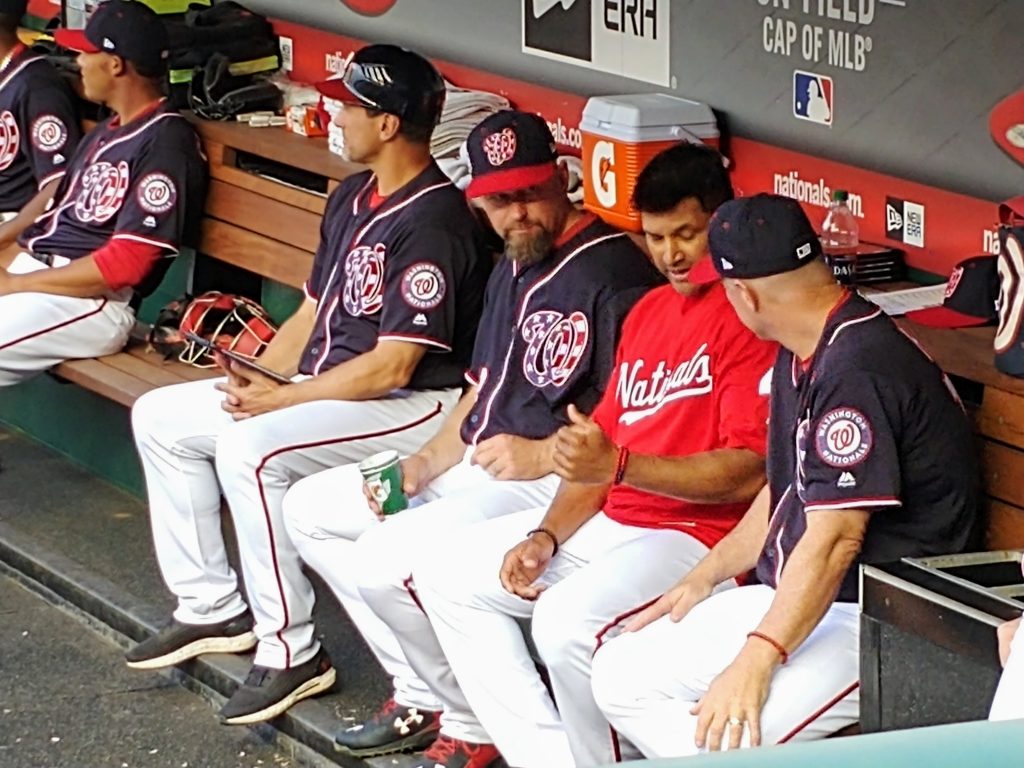 Going into 2018, Washington Nationals general manager Mike Rizzo and team ownership took a major plunge by installing a rookie manager, Dave Martinez, on a team primed to contend for a title. Industry consensus was that the non-renewal of Dusty Baker was at  worst foolish and some framed it as being unjustified after Baker led the Nationals to two mid-90 win seasons and maneuvered around some serious injuries to get there. On the flip side, both of Dusty’s Nationals teams failed to advance past the NLDS and most Nats observers agreed that Dusty was out-managed in both instances. Ownership and Rizzo felt that an investment of $200 mil was not made to just make the playoffs, and it was decided that a drastic change was needed to ‘get over the hump’.

For the 2nd time in his tenure, Mike Rizzo was allowed to choose a rookie manager to lead a stacked team, and in addition, they installed a completely new coaching staff who were assembled to lead this team. From the beginning, one got the impression that this was not a well-oiled machine and the missteps started from day-one. The ‘over the hump’ declaration coupled with the foolish faux walk-off celebrations the team practiced in Spring Training may have been dismissed at the time, but this has happened to our team before (World Series or bust, where’s my ring? etc). It doesn’t matter how many times you get to the playoffs, the goal at the beginning of each year must be to get back to the playoffs, there are no shortcuts.

Coupled with the ill-advised declarations, we saw an inordinately sloppy spring training with numerous base running gaffes and poor defense and to top it all off we had the Ryan Zimmerman drama where he skipped all but two at-bats in Spring Training which could not have been handled worse by the new staff. The ‘story’ was that Zim preferred to skip the spring training games to stay with the minor league players to get more at-bats and finish his work early. This made Zim look bad and Martinez look weak. Even if no one confirmed it officially, the story was obviously a stretch. Zim was clearly not healthy and when he tried to play through it to start the regular season he was awful batting .184 and stranding 58 runners in the month of April mostly from the clean-up spot. It is not clear to me why the team had to go all secretive in the affair instead of coming clean. Later as we know, Jon Heyman broke the story that in fact Zim was not healthy during Spring Training.

When the regular season began, the ‘rookiness’ of the manager was in full display.  The base running remained awful, bullpen management was head scratching, the ever-changing lineup orders were confusing, post-game pressers were bizarre. Possibly the worst part was that Bryce Harper was allowed to play for months with questionable hustling on the bases and outfield defense, and it seemed to go on without any consequences while other players were called out and disciplined for isolated transgressions of hustle. The team struggled to get past .500 and fell behind in the division early and had to chase most of the year.

Mike Rizzo had little choice but to stick with Martinez through 2018 and to bring him back for 2019 much like the team did with Manny Acta after the 2008 season, and keep in mind that Acta was the only manager ever fired by the Nationals as he was relieved 87-games into the 2009 season. The vast differences between Martinez and Acta was that Acta inherited a poor team that all analysts picked for last place while the 2018 Nationals were picked to finish in first place.

Rizzo has had too many missteps in his managerial hirings through the years. It appears that the last one has to work or Rizzo’s own job may be on the line this time. To be completely fair, Dave Martinez‘s work improved noticeably in the 2nd half, bullpen management was much crisper and more decisive even as the list of reliable options dwindled and the ‘pen consisted largely of AAA call-ups. Lineup management also became more consistent and most in-game moves looked much more logical. The team was hustling again, and played pretty well in the 2nd half.  The team was done in by lack of pitching depth.

“We think [Davey Martinez] has a firm grasp on the clubhouse and he’s doing a good job in the dugout,” Rizzo said. “We think he’s getting better each and every day, each and every game. I really like the way the team has responded to him, and I think they’re playing extremely hard for him.”

The Nats’ hitting coach, Kevin Long, was the first of the coaches to get slammed around. The fan base was frustrated by the high strikeout rates and like all fan bases kept looking for ‘small ball’. In Long’s defense, it should be noted that no one plays ‘small ball’ any more and all fan bases have the same complaints. The Nats did have a very strong offense in the 2nd half and the team was #1 in runs scored in the National League in the 2nd half. There was also good consistency throughout the lineup in the second half including a hot finish by Harper. I am pretty sure Long will be asked to return in 2019.

“I think the [coaching staff] has grown a good cohesion in what they’ve tried to do,” Rizzo said. “I like the work ethic. It’s really second to none of any coaching staff I’ve been around. I like the communication skills and I like the trust factor between the players and the individual coaches.”

There is also pitching coach, Derek Lilliquist, who was another coach who took his lumps from the fan base, and in his case perhaps more justified. It could be argued that none of the Nationals pitchers had a better year in 2018 than they did in 2017 and several took major steps backwards. In Lilliquist’s defense, it could be argued that a pitching coach needs time to learn all of his pitchers and a 2nd year might be much better. He did reasonably well in St. Louis. I do have a gut feeling that Lilliquist might be the one to be let go if anyone is. The mystery coach is Chip Hale. I for one have no clue what he brings to the table, but I don’t get the impression that Martinez gets a lot of added value from his input.

“I want them all back,” Dave Martinez said about his coaching staff. “They worked their butts off all year long and they’re really good, and they’ve been very positive. They’re a big part of keeping this aloft, they really are.”

The rest of the coaching staff includes Joe Dillon who is the Assistant Hitting Coach, Tim Bogar who is the First Base Coach, Bob Henley who is the Third Base Coach and the longest tenured Nationals coach, and Henry Blanco is the Bullpen Coach.

A coach who the Nats missed greatly IMO is Dave Lopes who retired after the 2017 season. The base running and base stealing aspect took a major step backwards in 2018. The Nats may want to address that area for next year. In conclusion, it appears that the coaching staff will remain mostly in tact for next year and one can only hope that 2018 was on-the-job training and all the mistakes were made, and in 2019, the Nationals will bring a much better version of the coaching staff.