Bryce, you had us at “Hello” and we’re wondering about our future together…. 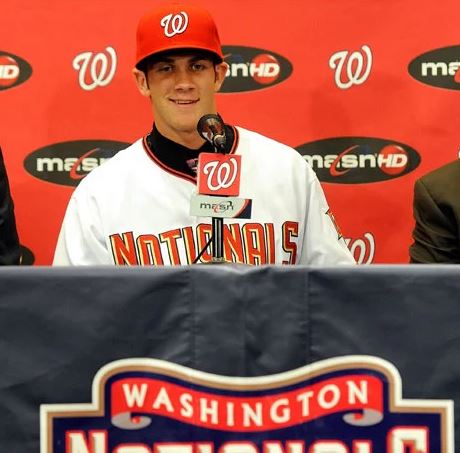 The kid was 17-years-old when he was drafted in 2010 at #1 overall by the Washington Nationals. Bryce Harper a.k.a.  “Baseball’s Chosen One” met those expectations in 2015 when he won the MVP award. If you think of a baseball contract like a marriage, the end of it sometimes feels like a divorce. It is easier to say goodbye when the relationship is not going well — you know — like when Bryce was batting .209 back in June. Now Harp is showing us that he still has that MVP fire burning inside, and all he needed was a spark to get that flame ignited. That happened at the Home Run Derby in Nationals Park this year, and the former Rookie of the Year has been en fuego ever since. It would be tough to say goodbye to Harper now, but in any relationship both sides have to want to stay together. 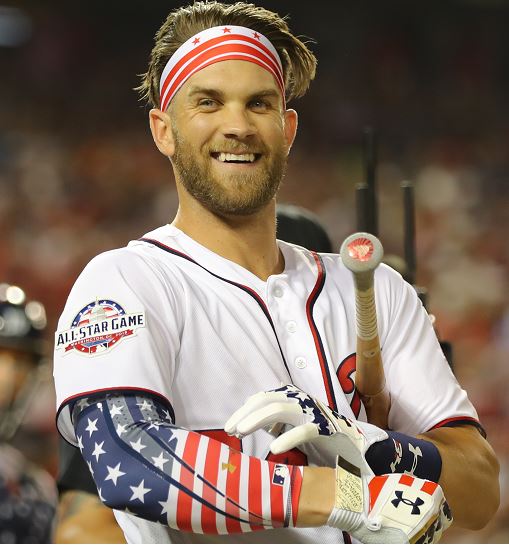 There will not be a “going away” party for Bryce Harper who may not be going away, but if he does, his last day in a Nationals uniform in Washington, D.C. could be a week from today when the Nats wrap up their home schedule in the regular season — a season that fell short of expectations for the team — but not for Harper who will probably set personal records in RBIs at 100+, walks, and games played.

On the negative side, Harper’s defense has been second from the bottom of all defenders in advanced metrics of DRS and 5th worst on Fangraphs DEF, and he already has set a career worst mark in strikeouts (160 to date) and his batting average is only 4 points above his career low at .247. There are certainly some warts on the prince — but don’t fret, Harper’s agent has enough “Compound W” to make those warts disappear like Harper’s  32.2% chase rate outside the zone in May. In the month of September so far, Harper has shown patience at the plate and has only chased 18.5%. Since the Home Run Derby, Harper has posted a slash line of .304/.444/.560/1.004 and that will get him a big free agent deal.

Don’t worry about Harper though, it’s his 3rd best season as ranked by OPS at .894 with a 136 wRC+. His agent, Scott Boras, will make sure “the skies the limit” on his free agent payday, and will do a dog and pony show to steer you away from the negatives and show graphs of Harper’s great second half of the season in an attempt to accentuate the positives and put a spin on the negatives. That skyward limit is set north of Giancarlo Stanton‘s $325 million deal which is a record in baseball.  Remember, the Marlins could not find a trading partner who would pick-up the remaining dollars owed on Stanton’s deal as Miami had to send cash to the Yankees to finalize the deal. Oh Harper will get paid, but how much will depend on a myriad of factors in this tax cap era.

Most long-term contracts flop at some point, and that love you felt when the contract was signed fades like a masterpiece hanging in a vestibule that is exposed to direct sunlight. Who could forget the once loved Phillies former MVP, Ryan Howard, who was booed often by the home fans when Howard would strikeout with a game on the line. There is an expectations’ quotient in many fanbases that empowers some paying fans to boo at highly compensated players. It’s one thing to boo at players from the road teams, but not at your own players.

Even at his worst in D.C., the home fans never booed Harper. For some, marriage is finite, and they always expected Harper would leave after the 2018 season which made it difficult to love him. Some fans moved on back in June when Harper was hovering around “Mendoza” and they bought the Juan Soto jersey. It was easier to move on at that point in time.

If you rank Harper along with his teammates, Fangraphs has him as only the 5th most valuable player on his team. Juan Soto who has had nearly 200 fewer plate appearances is ahead of his mentor by 0.1 WAR with a week and a half of baseball remaining. For Harper, how does he feel about his future with the Nationals? He has not said much until recently.

“…It’s going to be an exciting future for the Nationals, and we’ll see if I’m in those plans” — Bryce Harper

Harper will be in the Nats plans if he wants to be. There’s enough mutual interest that of course the Nationals want him back but at what price?

If Harper wants to break the bank, he might end up in Philadelphia at Citizen’s Bank Ballpark next year because they have to cash to stroke off some big checks. If it is about quality of life, the decision could be to stay in Harper’s home away from home in Washington D.C.

“For me, I’ve just been trying to enjoy my last year in D.C. — if that’s how it’s going to happen. Like I’ve said all along, I love D.C. I love being here. I love being a part of this organization. We’ll see if I’m in those plans or not going forward.” — Bryce Harper

There you have it. The future will look bright for the Washington Nationals with or without Bryce Harper. With him, the team has Juan Soto, Victor Robles, and Adam Eaton which is a good problem to have when you have a surplus of star players. Without Harper, the outfield is set with Soto, Robles, and Eaton. If Harper stays, it could shift Soto to 1st base or another creative move could be made. 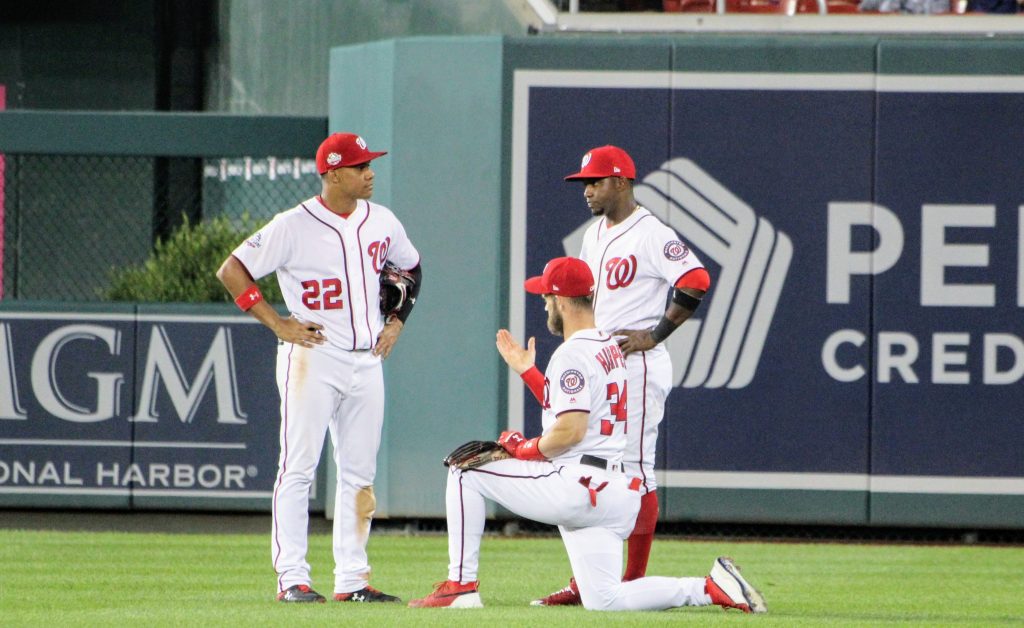 If you want to bet money on Harper’s 2019 destination, the Bovado Sportsbook has set the initial odds.

Bet $100 on Harper to sign with the Nats and you win $700 if he does. In a way, Rizzo bet a ton on Harper by retaining him at the trade deadline and his remaining $7 million salary. If Bryce walks in free agency, the Nationals compensation will be a low pick in the 4th round where you normally don’t find star prospects. If Rizzo traded Harper at the trade deadline, he might have been able to get a few prospects in a package similar to what Manny Machado yielded plus the Nationals most likely would have been able to get below the tax cap with all the collective moves they made.

If you live in the DMV, get out to see Bryce Harper in this next week….just in case.