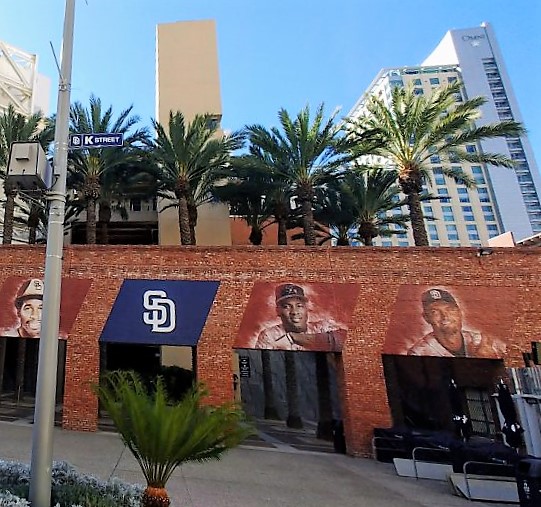 The Washington Nationals look to wrap-up this 3-game series with Gio Gonzalez on the mound in San Diego before the team flies to Phoenix, Arizona for a 4-game series against the top team in the National League. Nationals manager Dave Martinez will take advantage of rookie lefty Joey Lucchesi pitching to go righty dominant with the entire batting order to include his switch-hitters because of the splits. Righties have an OPS of .728 against Lucchesi versus lefties at just .523. Lucchesi started hot out of the gates for the Padres but he got knocked around by the Dodgers 5 days ago while laboring through 5 innings averaging 20 pitches per inning.

For the first time this season, Bryce Harper will not start a game for the Washington Nationals. For Matt Adams, he has played in every game since April 30th. While the line-up looks weaker, this happens to be an analytically smart line-up until you question why Michael Taylor is leading-off. Well, it worked to get Bryce Harper going again last week, but can lightening strike twice? Harper has fallen into an 0-for-his-last-19 dive, but for anyone who watched Monday night’s game, Harper crushed 3 balls and was robbed twice of extra-base-hits. If you watched last night, Bryce was certainly frustrated by the lefty Clayton Richards.

Tonight we will watch with anticipation how Michael Taylor looks in the lead-off. For MAT, he has struck-out 12-of-his-last-26 at-bats which is awful Most of his at-bats have been ugly. He is just 1-for-his-last-26 while watching his batting average plummet to .184. The only position players batting worse than Taylor’s sub-Mendoza batting average are two players who were shipped back to Triple-A (Matt Reynolds and Rafael Bautista) and a players who was DFA’d (Miguel Montero).  If Victor Robles hadn’t hyper-extended his elbow, there is little doubt as to who would be the starting centerfielder today.

Today would have been Tony Gwynn‘s 58th birthday if he was alive today. Gwynn’s likeness can be found all over Petco Park and the surrounding areas. Gwynn also had ties to the Washington Nationals as he was Stephen Strasburg‘s baseball coach and mentor when he attended San Diego State.