Could the #Nats sign a top free agent this winter?

Posted on January 8, 2018 by SaoMagnifico

In case you’ve been vacationing on moon Miranda for the past few months, this winter in baseball has suuuuuucked. The free agent market has moved incredibly slowly, with just one of MLB Trade Rumors’ top 10 free agents (two if you count Masahiro Tanaka, who ended up opting into the remainder of his contract with the New York Yankees rather than officially becoming a free agent this winter) signing a contract to date. There’s been a bit more action on the trade front as the Miami Marlins’ new ownership group is seemingly selling off everything that isn’t bolted down, including reigning National League MVP Giancarlo Stanton to the aforementioned Yankees, former batting champ (and PED user) Dee Gordon to the Seattle Mariners, and star outfielder Marcell Ozuna to the St. Louis Cardinals, and the Los Angeles Dodgers have once again indulged in their time-honored tradition of tossing around players with crippling contracts like a mascot giving out free merch. On the whole, though, this Hot Stove is burning so low that Keith Law appears to be succumbing to hypothermia-induced madness.

it’s driving me out of my mind pic.twitter.com/vhaliDOuaW

Hang in there, Keith.

Anyway, there are still a bunch of well-regarded free agents knocking around out there, and as we know from general manager Mike Rizzo’s past actions (hi, Max Scherzer!), as long as a top free agent remains unsigned, there’s a chance he will end up a Washington National.

This winter, the rumor mill has tied the Nats to a few clients of superagent and noted Lerner-whisperer Scott Boras. Let’s take a look at those guys first. 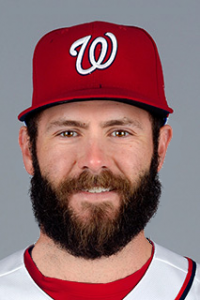 Jake Arrieta as a Nat?

The drumbeat around Jake Arrieta has been perhaps the loudest for any free agent and the Nats this winter other than Matt Adams and Brandon Kintzler, signed and re-signed respectively last month. Even so, the Arrieta rumors seem to have cooled off since the Winter Meetings. We’ve seen reports since then that the Chicago Cubs could seek to bring Arrieta back into the fold, or that the Philadelphia Phillies (who have very few salary commitments for 2018 and 2019) could pursue the soon-to-be-32-year-old right-hander. But just as with the Nats, there have also been competing reports that the Cubs and Phillies are more interested in other options and aren’t inclined to spend big on Arrieta. As long as Arrieta remains unsigned, of course, he is a possibility for Washington. 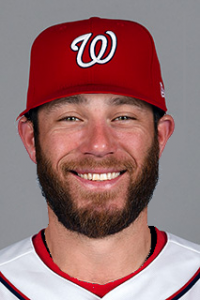 Greg Holland as a Nat?

In a lot of ways, this connection seems to make perfect sense. The Nats were among the teams that bid on closer Greg Holland last winter and reportedly had a deal in place that the team’s ownership refused to approve. Instead, Holland ended up signing a very player-friendly deal with the Colorado Rockies — from which he opted out to become a free agent again this winter. At the time, Holland was seen as something of a risky proposition, coming off a lost season due to Tommy John surgery and reportedly not impressing scouts at a showcase at the start of the off-season. But he established his value with an All-Star season in which he led the National League with 41 saves and 58 games finished. Could he be a bullpen upgrade for the Nats after a season in which Mike Rizzo made the mistake of heading into the season with too many question marks? 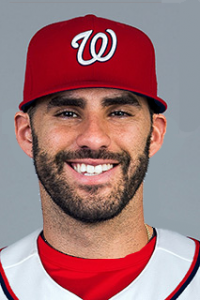 The rumors tying slugging right fielder J.D. Martinez to the Nats never seemed all that credible (and Mike Rizzo flatly denied they were true at WinterFest). But Martinez’s offensive output would look good on most teams, except for his hometown Miami Marlins, where it would just be confusing. The question is whether it really makes sense for the Nats to try to squeeze him into their outfield and lineup. We’ve heard the Nats had interest in Ozuna and also covet Christian Yelich. If they believe they can improve their chances in 2018 by adding a big bat into the outfield, there’s no reason it couldn’t be Martinez…right?

Now, let’s look at a couple of non-Boras possibilities. 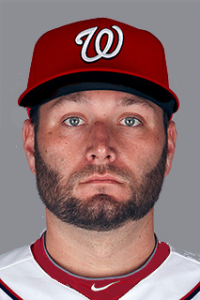 Lance Lynn as a Nat?

A report from Ken Rosenthal of The Athletic this weekend linked the Nats to Lance Lynn, another free agent starting pitcher who is, shock of shocks, not a client of Scott Boras. Lynn is coming off a strong season with the St. Louis Cardinals after missing 2016 due to Tommy John surgery. In a weak free agent class this winter, he rates as one of the top prizes. Of course, Lynn comes with his own set of question marks, and it remains unclear how strong Washington’s interest is. 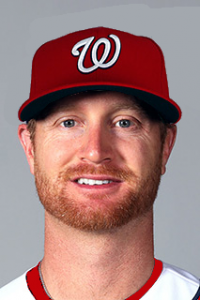 Alex Cobb as a Nat?

Sort of sharing the next-to-top tier of pitchers available this winter with Lynn, Alex Cobb is coming off a 3.66 ERA campaign in which he reestablished his value after missing 2015 and most of 2016 due to — say it with me now — Tommy John surgery. Although he was effective, Cobb’s contributions were mostly wasted on a Tampa Bay Rays squad that is nowhere near ready to contend. He is alone among these five players in that he hasn’t been clearly linked to the Nats in Hot Stove rumors. Even so, it seems reasonable to expect that if the Nats have interest in Lynn, they will likely have interest in Cobb.

Show me the money!

And so now, let’s take a quick look at Spotrac’s overview of the Nationals’ financial commitments. Right now, Spotrac lists $148.65 million in guaranteed salaries for the Nats in 2018, but that number does not include either arbitration salaries for Anthony Rendon, Tanner Roark, and Michael A. Taylor (Bryce Harper’s 2018 salary is included because he and the Nats agreed to a one-year deal last May) or incentives and bonuses likely to be paid out.

Spotrac’s calculus also doesn’t match up nicely with the way Major League Baseball calculates annual commitments. The Nats have used some creative accounting to afford top talent like current Nats Max Scherzer, Stephen Strasburg, and Matt Wieters and former Nats Rafael Soriano, Jayson Werth, and Joe Blanton (whom, yes, the Nats are paying this year too…and they’ll be paying Soriano $2 million per annum for several years to come, making him sort of Washington’s own Bobby Bonilla). It turns out, though, that MLB calculates payroll in terms of the average annual value on each player’s contract, so it’s not fooled by deals like paying Soriano $14 million for two years plus $14 million more in installments for years after he’s retired to a bucolic Caribbean beach.

The Nats are already reportedly paying $1.4 million due to exceeding the $197 million luxury tax “soft cap” in 2017. The Washington Post reported last month that the team’s projected payroll, as MLB calculates it, looks to be around $210 million in 2018. That’s over the luxury tax threshold before you even add in more player salaries — be them modest additions like trading for first-year arbitration-eligible Marlins catcher J.T. Realmuto or inking a buy-cheap deal with someone for whom the market has been quiet like veteran pitchers Jaime Garcia or Jason Vargas, or be them big contracts like signing one of these top free agents or trading for a well-paid star like Arizona ace Zack Greinke or Dodgers catcher Yasmani Grandal.

The luxury tax system in MLB works by imposing escalating penalties on teams that are above the soft cap. TalkNats previously documented this structure last month, but to recap: Teams pay 20% extra on the amount by which they exceeded the cap in their first year over it, then 30% the second year (which the Nats will likely have to do after the 2018 season), then a whopping 50% the third year and beyond. There’s also a 12% surtax for exceeding the soft cap by $20 million, which the Nats would undoubtedly do if they signed someone like Arrieta or Martinez without clearing some payroll space, plus a bigger surtax and some draft penalty stuff for exceeding it by $40 million. Basically, add at least 30% to the average annual value for any new Nats contract in 2018.

The long-and-short of it is that the Nats will need to spend big to add a top free agent this winter, and they’ll actually have to spend bigger than most precisely because they are already spending big. Will Mike Rizzo say “damn the torpedoes” and sign a top free agent anyway?

This entry was posted in Analysis, Bullpen, Roster. Bookmark the permalink.
← Previous Article | Next Article →