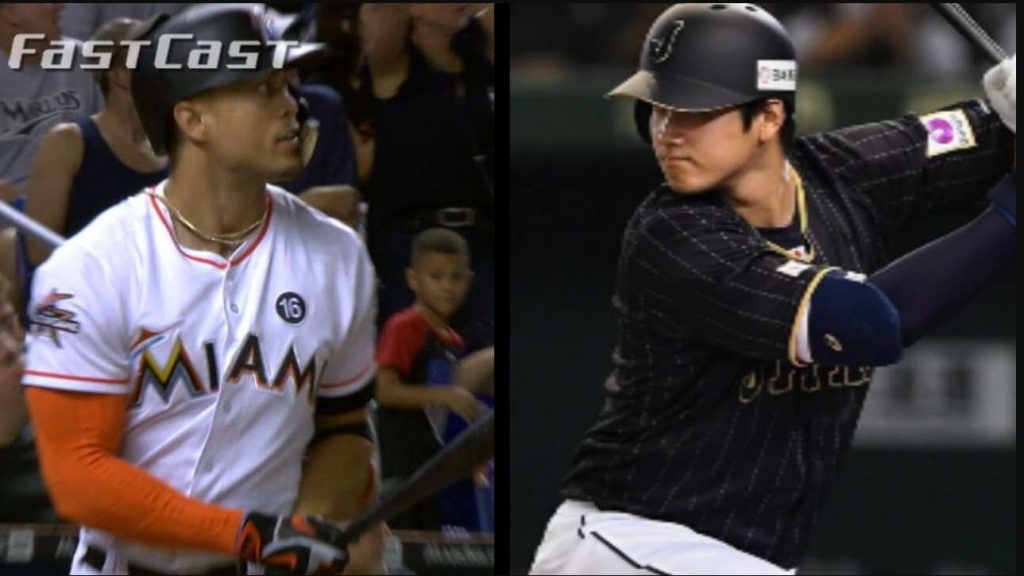 There is no question that baseball’s biggest stories will come from the international market and the trade market this off-season. No matter how much J.D. Martinez is hyped as a $210 million player — all eyes are on Shohei Ohtani from Japan, and Giancarlo Stanton from the 818 area code .

Ohtani and Stanton dominate the five biggest stories in the off-season. The managerial changes were a big story. Atlanta’s penalty for cheating the international signings and John Coppolella’s banishment from baseball for life with Kevin Maitan declared a free agent was another headline story. The pitch clock could round it out as the fifth most intriguing story of this off-season.

Normally, we are all lathered up about the crop of free agents before the Winter Meetings. This year there isn’t much to get excited about unless you are in the market for pitchers with inconsistent seasons. Yu Darvish and Jake Arrieta aren’t what they once were. Mike Moustakas and Eric Hosmer are big names that will improve the team(s) they go to. But no players will make the impact that Giancarlo Stanton and Shohei Ohtani can make for a team. Here is your Top-10 compilation of free agents.

Stanton changed his Twitter handle to add his 818 area code and rumors are swirling that he will veto any trade deal that isn’t the Los Angeles Dodgers near his 818 area code where he grew up in nearby Sherman Oaks.

Ohtani will come to play for a team in the United States and his maximum player earnings can only max out with a $3.5 million signing bonus of which only the New York Yankees and Texas Rangers have enough international cash to pay that. The Nationals and several other teams are maxed out at $300,000. With Hideki Matsui wooing Ohtani to New York, New York, are the other 29 teams wishing upon a star that has no sparkle? Ohtani will find more money in endorsements then he will make from the signing bonus as Madison Avenue and the sports equipment giants will also gear up for their presentations to get him to sign on the dotted line.

With that type of money for Ohtani, is there the slightest chance he will shock the world and take a $300,000 bare minimum deal? Mike Rizzo of the Washington Nationals gave his sales pitch Monday on the MLB Network.

Speaking of money, Giancarlo Stanton is owed $25 million this year and the Miami Marlins are digging in now and suggesting that they might not trade Stanton. Derek Jeter who is now in charge of baseball operations for the Marlins has said the team might not trade him. Get ready for a showdown if Stanton doesn’t give a little from his end beyond the Los Angeles yearning he has.

This off-season is moving at a snail’s pace and it could be a good time to make deals with teams that have no interest in Stanton and no shot at Ohtani.