ZiMS event was flying high for his charity!

Posted on November 8, 2017 by Christopher Nahlik

This past weekend on Saturday, November 4, 2017, I had the distinct pleasure of volunteering at and attending the ziMS Foundation’s first annual Flight Fest, thanks to my friend Stefanie Bulleigh (@StefBullyNats).  We helped to greet people and answer questions about the silent auction at the event.  It was really easy to volunteer, did not require a large time commitment, and was awesome doing “more” to help this foundation and their wonderful cause.  Plus, I got to meet a lot of great, interesting people!

The ziMS Foundation was founded by Washington Nationals’ All-Star First Baseman Ryan Zimmerman in 2006.  The event was held at the Aviation Museum in Virginia Beach, VA, which was a terrifically unique venue.  Not sure where else you can find autographed baseball jerseys in the same room as nearly 100 year old aircraft!  The event spanned from 2pm – 7pm, was fun for the whole family, and helped to raise money for a wonderful cause – the fight against Multiple Sclerosis. 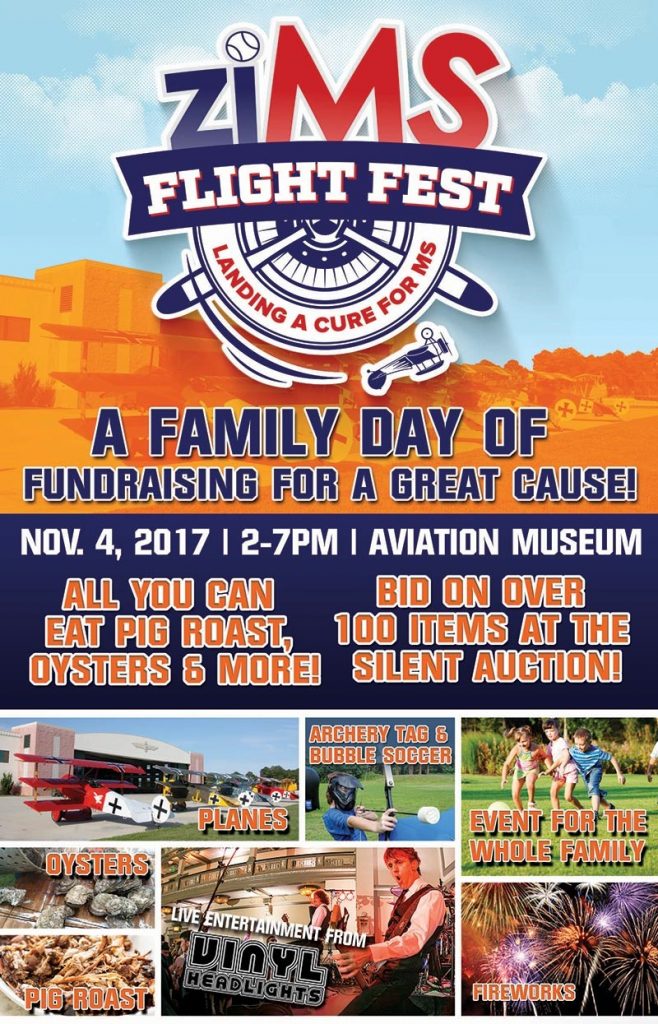 It is quite clear what the ziMS Foundation means to Ryan and his family.  His mother, Cheryl, has Multiple Sclerosis, so the cause remains very close to the family’s heart.  Ryan, his wife Heather, his father Keith, and many others (some who I had the fortune of meeting and others who I did not) worked very hard to ensure that this event was a success.  Many athletes “support” a charity, but it’s really admirable to see how much Ryan cares about his foundation’s work and the cause behind it.  In fact, Ryan is consistently very warm and accommodating at ziMS events.  He takes time to chat with each guest, take pictures, and even sign autographs. 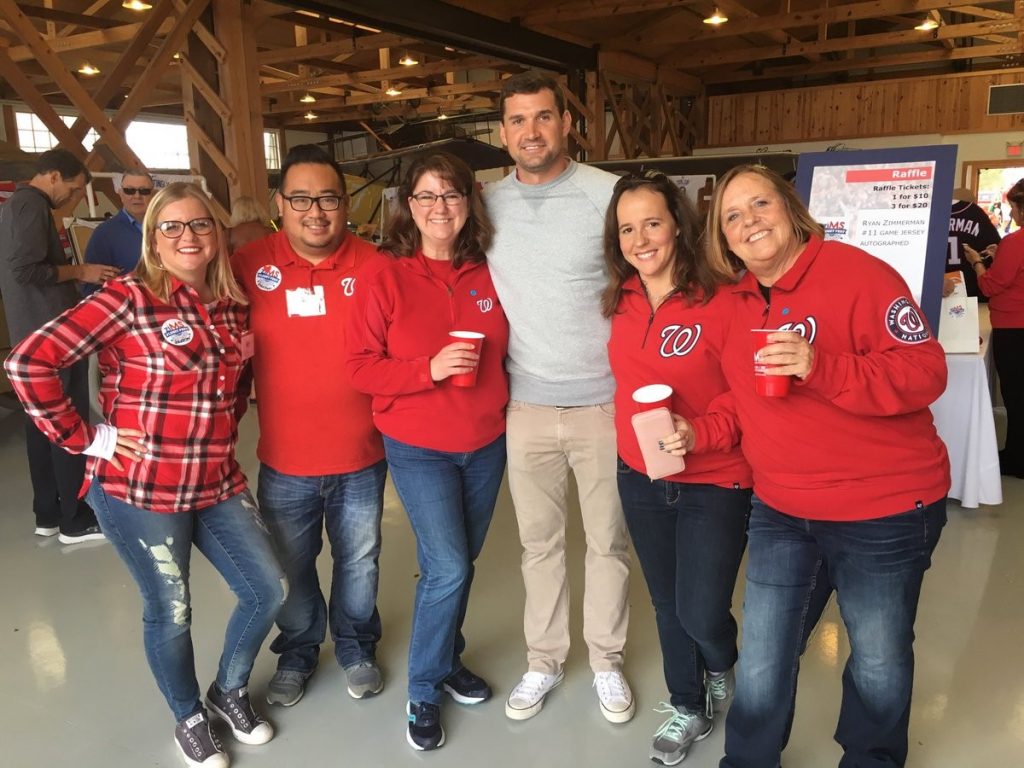 I’m not sure anybody knew what to expect with the first annual Flight Fest.  It was definitely more of a “family friendly” event than past events – it included activities and games for the kids like “bubble soccer” and face painting, a photobooth, and a live band (The Vinyl Headlights, who were very good!).  Entrance to the event included all you can eat food and drink.  The food and drink featured a pig roast barbecue with accompanied side dishes, oysters, funnel cakes and fried oreos, and soft drinks and beer and wine!  The evening concluded with an impressive fireworks show as well.

Of course, while we all had fun and enjoyed the day, we were there to raise money for the ziMS Foundation as well.  Ryan presented a check for $200,000 to go towards research and finding a cure for Multiple Sclerosis.  The event held a silent auction with over 100 items up for bid, and a new software interface that allowed all bidding to be performed via cell phones.  There was also a raffle, in which a signed Zimmerman jersey, a cruiser bike, and a 55” television were all raffled away to three lucky winners. 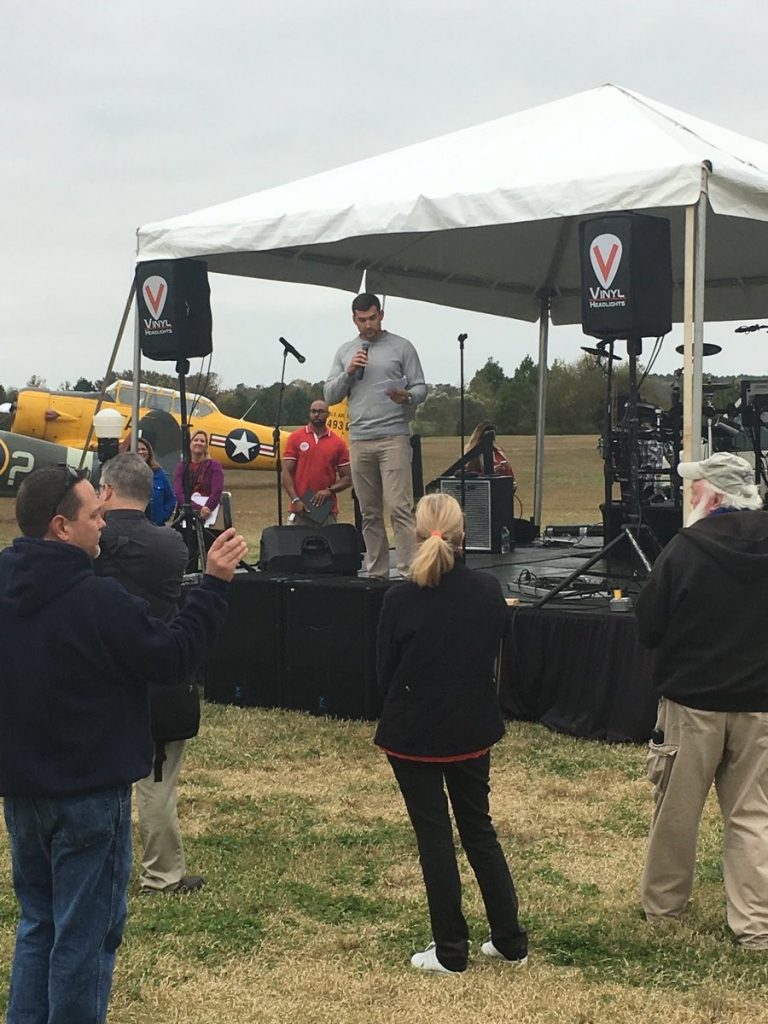 Among the 100+ silent auction items, there were some awesome choices!  There was a package to see the Nats on the road in NYC, including dinner, tickets to a Broadway show, and tickets and batting practice field passes to a game at Citi Field.  There were autographed jerseys from luminaries such as Derek Jeter, Giancarlo Stanton, Ichiro, Albert Pujols, and more.  There were Kellam High School and University of Virginia memorabilia signed by Zimmerman, along with jerseys signed by DC starts Alex Ovechkin and Kirk Cousins.  I was fortunate enough to win one of the more unique items of the evening in the silent auction.  It was an autographed Players’ Weekend Custom Bryce Harper bat. 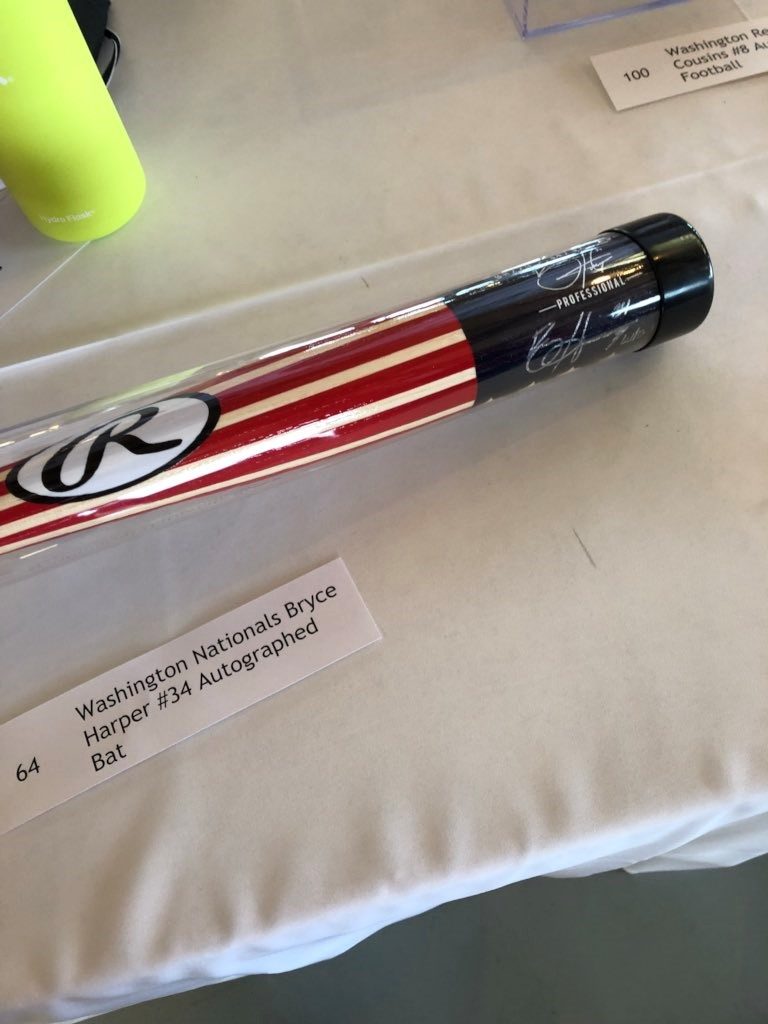 Thank you to Ryan, Heather, Keith, Cheryl, and so many others for all of your hard work and commitment with the ziMS Foundation.  Thank you for allowing Stefanie and I to be a part of it.  You put together a first class event and I implore everyone to take their time and money and support such a worthy cause.  You won’t be disappointed!