Is it blasphemous to say Ryan Zimmerman is in a deep funk? The stats sure say he is…. 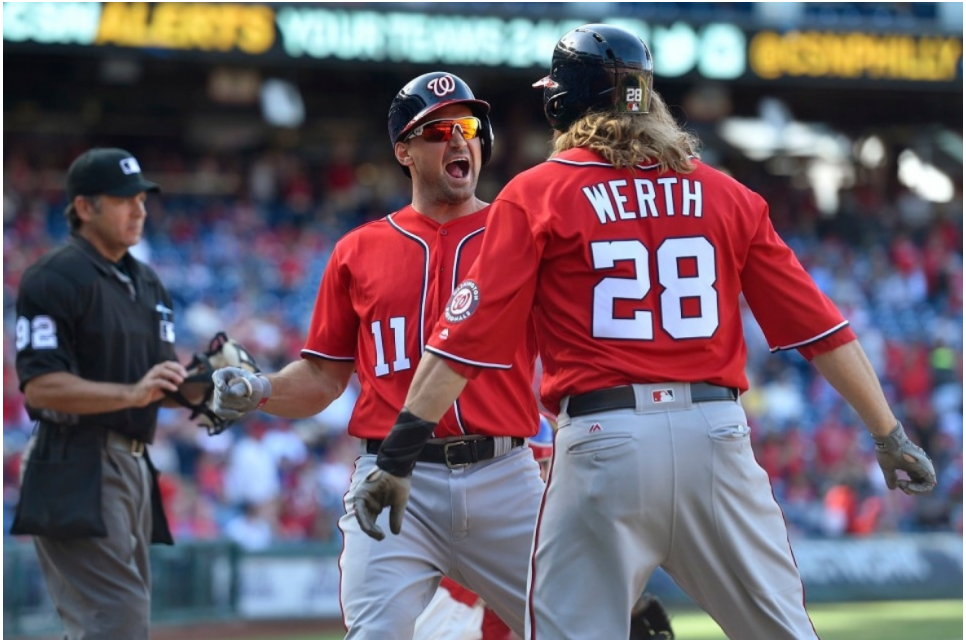 Speaking subjectively using the “eye test” on Ryan Zimmerman doesn’t make you any friends in the media so you better come with the real stats if the angle is negative. The Washington Post touched on the touchy subject on July 16th when Zimmerman’s batting average just dipped under .330, but let’s face it, his batting average has been declining steadily since May 7th when it was .435, and nobody in today’s game could sustain that anyway, but Zimmerman is now on the make/break line of dropping under .300.

The Post titled their article “Ryan Zimmerman is struggling, but he’s sure a surge is right around the corner” and Ryan was confident he would get hot again and the day after that article was written he had a 3-hit game with a homer and along with a game on July 30th — those have been Zim’s highlights since June 13th when his slide really started and now he is batting just .208 since June 13th and flirting with Mendoza for almost the last 2 months.

When Zim was going well to start his season, he made fun of the whole launch-angle discussion but the facts don’t lie and the ball was jumping off of Zim’s bat.

Instead, Zim tried to equate his early season success with his health and even this tweet tried to dispel the launch-angle myth.

The key to Ryan Zimmerman's early resurgence has little to do with launch angle. https://t.co/MTleJWgNgc

“It’s been frustrating,” Ryan Zimmerman said in mid-May. “Not being able to consistently play, being in and out of the lineup. Being around for a couple months and then being on the DL for six weeks. Every off-season, having some sort of procedure done, and then rehabbing and going into spring training with stuff still lingering. This year, I came in healthy, and all I had to worry about was playing and getting ready for the season. I hadn’t been able to do that in three years.” 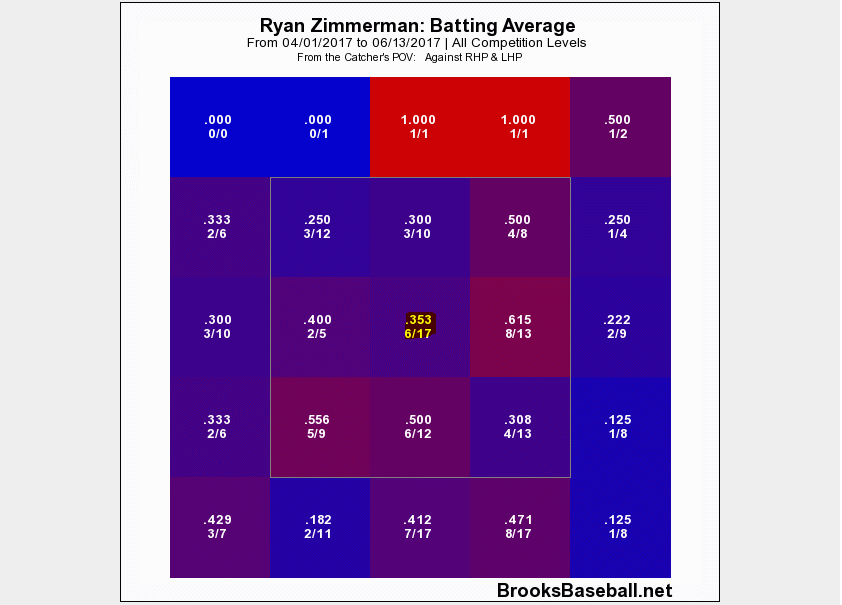 Here is the chart after June 13th when the struggles began: 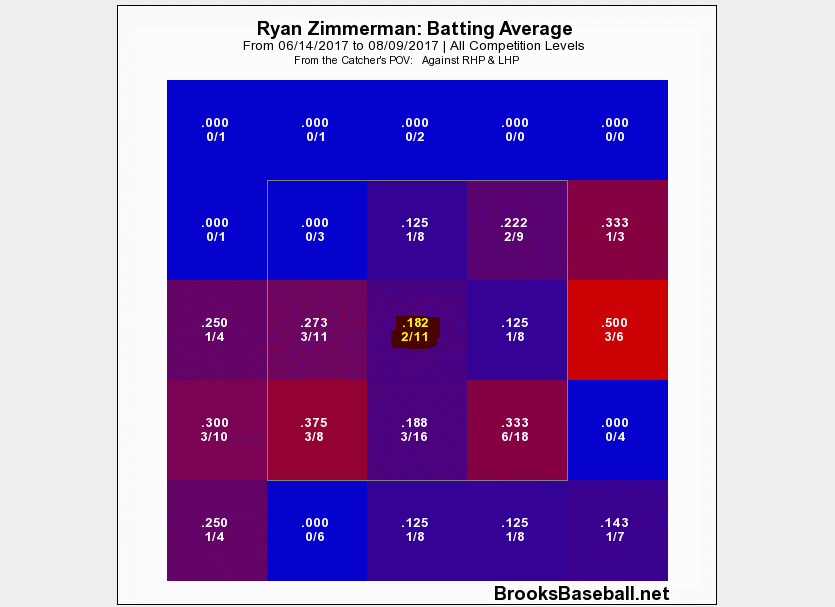 If you take a look at the Baseball Savant launch angle charts for last year: 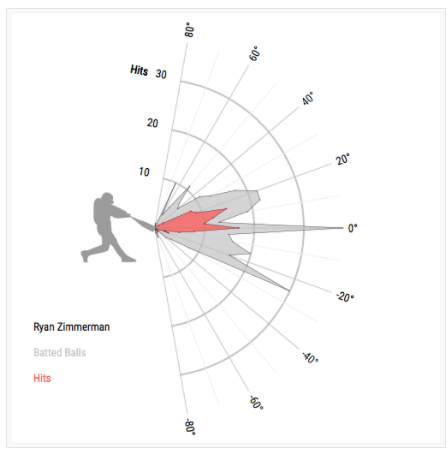 And compare that to Zim’s hot streak this year (below) you can see the distinct differences: 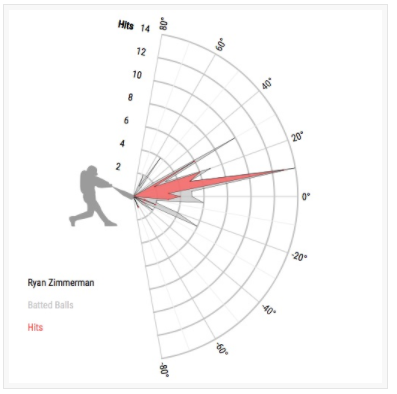 And Zim in this particular chart shows some of the fastballs in one at-bat where he was missing the meatballs as we saw in Chicago: 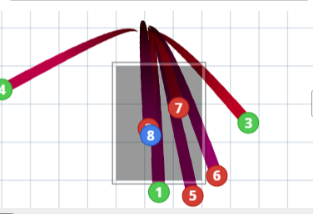 All this means is that something is wrong and somebody or somebodies have to fix it, and soon, because a .208 batting average for a 2-month period is not acceptable even if you were hitting .400+ for the entire month of April. Zimmerman occupies the coveted clean-up spot in the Washington Nationals line-up.

It is not easy bringing these numbers to the fore-front on a player who was an All-Star for this season and helped carry his team to a large lead in the NL East, but with the good we have to sometimes point out the uncomfortable. If there is some good news, there is still time to correct some mechanics and get back to crushing the baseball.

This entry was posted in Analysis, RyanZimmerman. Bookmark the permalink.
← Previous Article | Next Article →