Nats and Astros at TBOTPB; Derek Norris wavering on waivers

On the baseball calendar, March 15th loomed as a date when a team could literally dump any arbitration-eligible player and eat just 1/6th of their 2017 salary. It rarely happens that an arbitration-eligible player is released in this manner. The rumor mill has been swirling since the day that Matt Wieters was signed that Derek Norris‘ fate and relationship could end in an excruciating fashion via a release.

Norris has done all that has been asked of him. He has played very well behind the plate flashing his defensive skill set in pitch framing and throwing out base runners from his knees, and on offense he is batting .400 with a 1.200 OPS including two home runs. 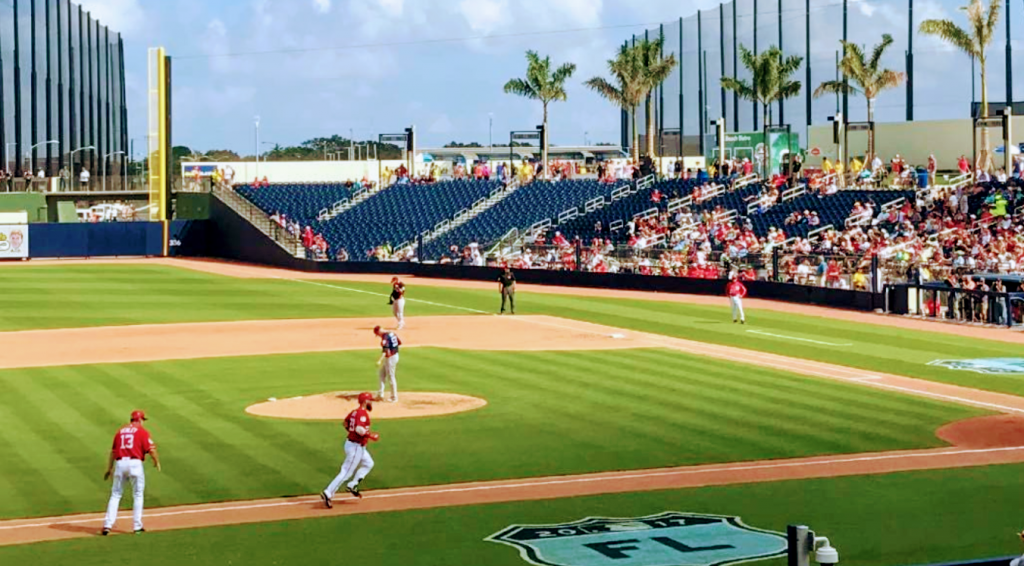 So what is Mike Rizzo’s issue with Derek Norris? Is there a Derek Norris issue with the Nationals? Is this about the money? Is this about Matt Wieters? We do not know what this is about. Maybe we will find out shortly. If it is about money, the net gain of keeping Lobaton over Norris is about a net gain of $2 million. That is pocket change for a team that just shelled out $10.5 million for Wieters which was considered by many to be a sizeable overpay given his 2nd half statistics in 2016 in which he batted just .227 with a .294 OBP. One of the rubs on Wieters was also his batting away from Camden Yards. Matt Wieters is far from a sure thing, and we have not even seen him take a dozen at-bats this spring to see how he looks.

If you think Norris had requested his release, it did not sound that way the day that it was rumored that the Nationals had signed Matt Wieters.

“Personally, I think anyone that’s a competitor wants to be in there every single day,” Derek Norris said. “I’m always going to strive to better myself to help the team win. Whatever happens, happens, but as of right now, today, I’m going out and I want to start opening day and start every single day. Obviously that’s probably not going to be the way things pan out, but that’s the kind of player I am and always will be.”

You also have to admire Norris’ mindset, and the way he has handled himself on the field up to this point. But Norris is a human being, and this has to sting, even though Norris thinks he was still competing for a starting job it was over the day Rizzo inked Wieters. The Nats starters is all but set in stone, and it can be seen today with the addition of Daniel Murphy for Stephen Drew and of course no designated hitter.

“I’m still going to fight for a starting job,” Norris said. “I don’t care if it’s Pudge   Rodriguez in the prime of his career, or Yadier Molina or Matt Wieters. As of now, I’m still competing for a starting job. I’m trying to help a team win, and whatever transpires, transpires.”

Norris is still under team control for this year and next year as an arbitration eligible player which was a distinct advantage when the Nationals traded for Norris in a deal with the Padres. If Norris is traded or released soon, you must consider that Matt Wieters controls his own fate for the 2018 season as he holds the player’s option, and Wieters could be gone as a “one and done” player leaving the Nats in the same situation 9 months from now as the team was in at the start of this “Hot Stove” season when Wilson Ramos headed to free agency leaving the Nationals with a gaping hole due to the team’s Major League depth which included the veteran back-up catcher Jose Lobaton who hit .232 last year and .199 two years ago. Pedro Severino has been looked at as the catcher of the future, but he is still unproven. Other than Lobaton and Severino for catcher depth, Spencer Kieboom only had one Major League plate appearance. The acquisition of Derek Norris immediately stabilized the Nationals catching situation for the 2017 and 2018 season.

Today, Matt Wieters will be making his 2017 Grapefruit League debut 16 days after he was a late February acquisition. Wieters was injured in November when he lacerated his left forearm when a five gallon glass jug fell on his arm, and that delayed his baseball activities for six weeks.

A tandem of catchers consisting of Wieters and Norris could put up combined numbers on offense and defense that could exceed what Wilson Ramos and Jose Lobaton combined for in 2016. Mike Rizzo has the opportunity for a sabermetric net gain if he plays this right, but it appears all but certain that the Nationals are moving ahead with Wieters and Lobaton.

We have a game today where the Nationals will be the home team in the stadium they share with the Houston Astros which is the team the Nationals face today at 1:05 at The Ballpark of the Palm Beaches.

Is there anyway to have the Nats radio and TV coverage on different games so there is more coverage? Today the Nationals are both covered by the home team on TV and radio with MASN and Charlie & Dave will have the radio call.

This entry was posted in Analysis, DNorris, MikeRizzo, SpringTraining. Bookmark the permalink.
← Previous Article | Next Article →