Two years ago today, the #Nats shocked the baseball world! 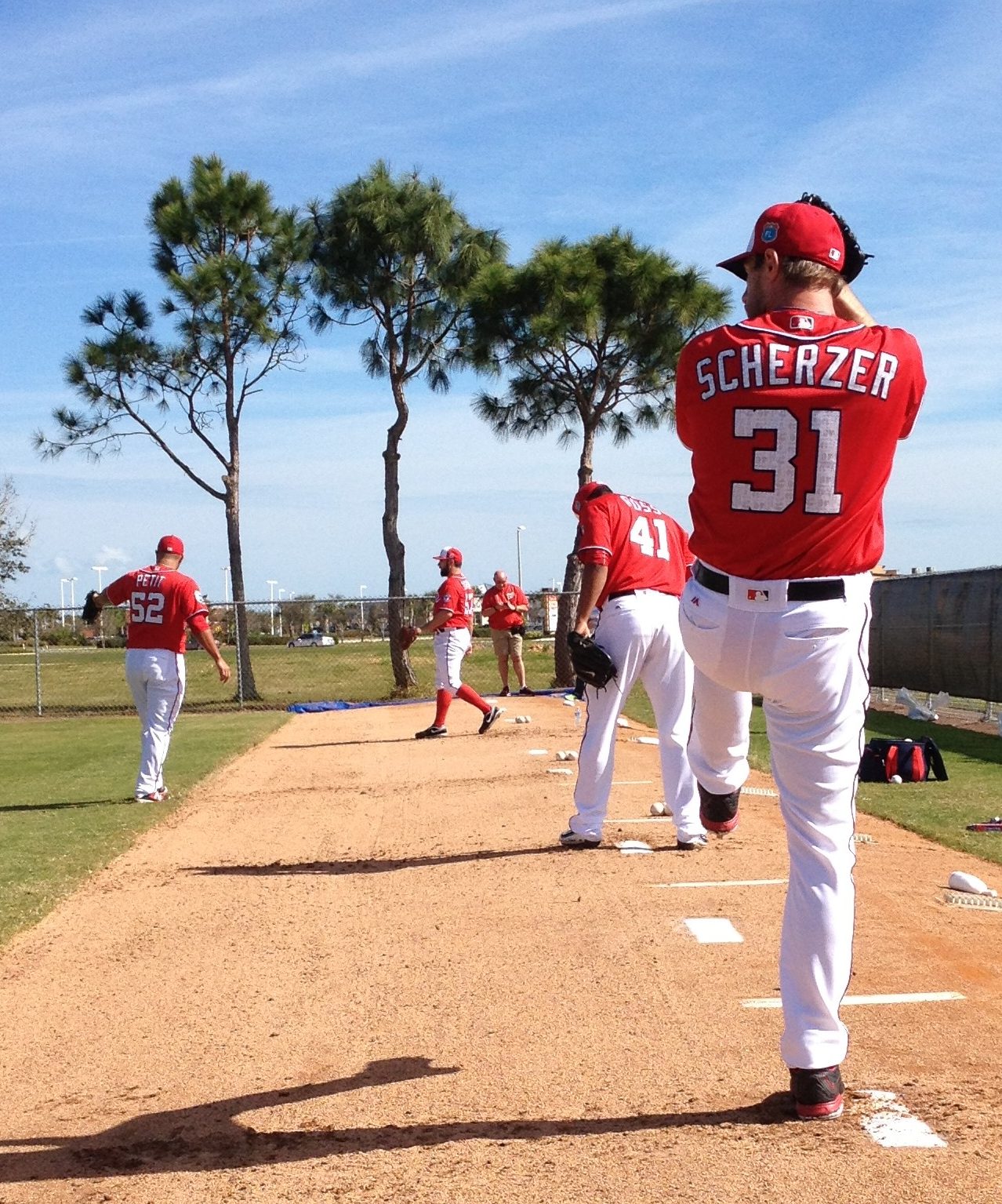 It was exactly two years ago today when the Washington Nationals shocked the baseball world signing free agent Max Scherzer to the largest deal in Nationals’ history. The deal was for seven years and $210 million with deferred dollars. The Nationals at the time did not necessarily need another starter as the Nationals had a full rotation of Jordan Zimmermann, Stephen Strasburg, Gio Gonzalez, Tanner Roark, and Doug Fister.

After the initial news became reality that the Washington Nationals had signed the top free agent with Max Scherzer, the sportsbook Bovada made the Nats its World Series favorites. The day after the 2014 World Series, the Dodgers and Nationals were both favored at 15-to-2. They stayed the same after the Winter Meetings, but after the Scherzer signing, the Nats were upgraded to 6-to-1 while the Dodgers went to 8-to-1. Bryce Harper also threw in his 2 cents in an interview which was taken out of context, and the infamous “Where’s my ring” quote was like the shot heard around the world.

“I mean, that’s unbelievable. So to be able to have a guy like Scherzer come in, I just started laughing. I was like: ‘Where’s my ring?’ Cause it’s just stupid,” Bryce Harper said.

Harper never named Gio or Roark in his interview, and it was Roark who was the odd man out and sent to the bullpen to begin the 2015 season. On paper, Bryce Harper was correct about how good the Nationals looked and should win the ring, but in reality the only ring Harper got was around his neck. Unfortunately for the Nationals, baseball is played on the field, and as we know, the Nationals did not even reach the post-season in the 2015 season.

Scherzer has lived up to the regular season expectations winning his second Cy Young award becoming only the sixth player in baseball history to win the award in both the American and National Leagues.

“For some reason, this just means so much more to me. It just verifies everything I try to go out there and set out to achieve,” said Scherzer after winning the 2016 Cy Young. “Winning the second one confirms that everything I tried to do works.”

The Nationals are certainly a better team with Max Scherzer, but like Bryce Harper said, Scherzer was brought to the Nationals to win in the post-season, and in Game 1 of the 2016 playoffs, Scherzer was not good by any metrics. He pitched Game 1 on regular rest as he did not skip his final start of the 2016 season as he went after his 20th win on the final game of the season.

Scherzer won the Cy Young but took the Game 1 loss in the 2016 playoffs giving up 4 runs over 6 innings. We also learned recently that Scherzer was pitching with a stress fracture in the knuckle of his ring finger on his throwing hand.

Scherzer is clearly a workhorse, but in the big picture, Dusty Baker leaned on Scherzer and Roark for innings, and the end result was that their first games in the 2016 playoffs were not stellar. When you look at the Cubs, Joe Maddon did not have one starter go to 200 innings in the regular season and saved his pitchers for a long-run in the post-season.

Big picture thinking and putting team goals ahead of individual goals is a must.

This entry was posted in Analysis, Scherzer. Bookmark the permalink.
← Previous Article | Next Article →