Great write-up on the Winter Leagues 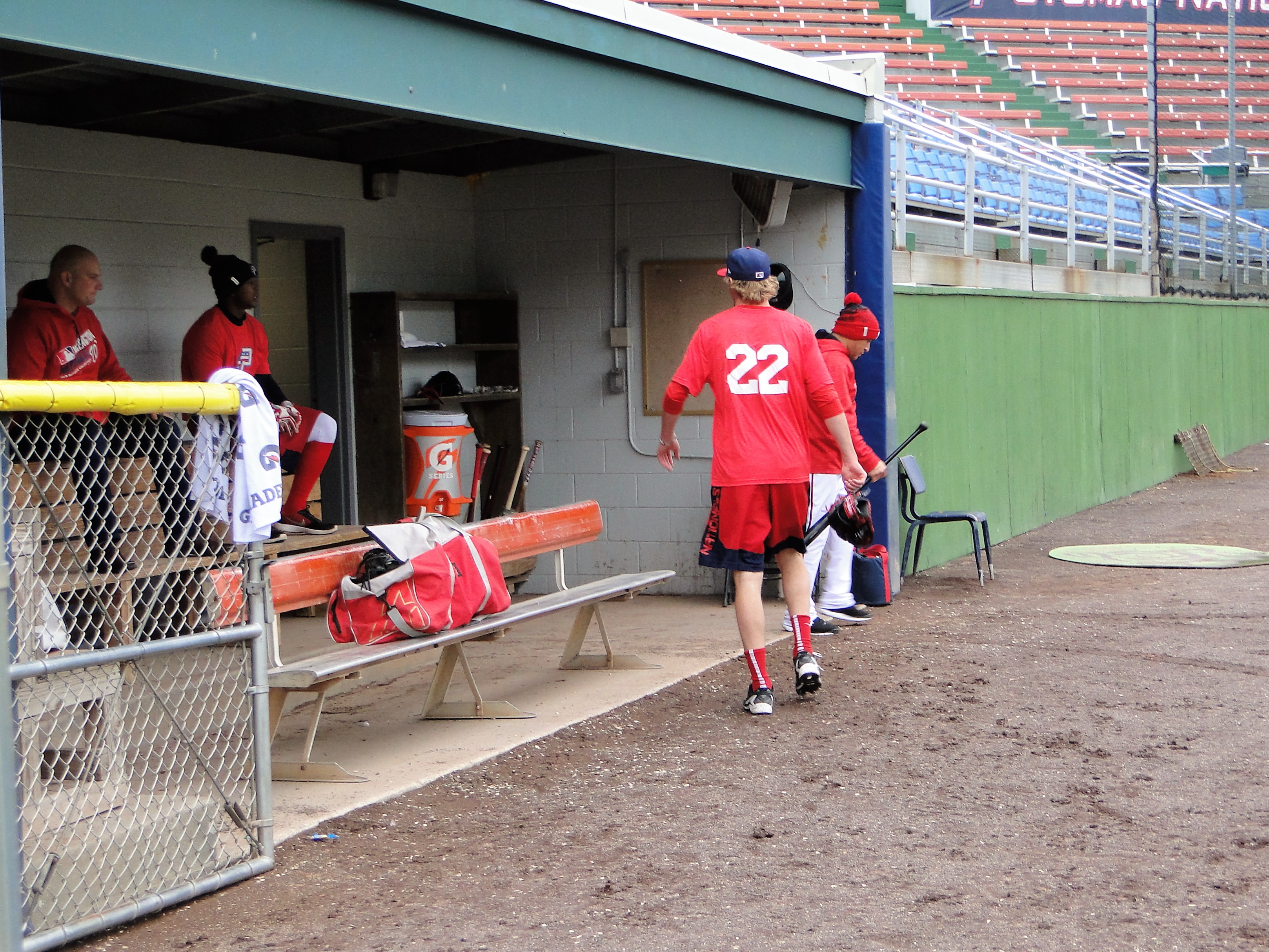 Photo by Andrew Lang for TalkNats as Mark Scialabba looks on from the bench.

The quotes from the man in charge of Minor League player development, Mark Scialabba, make it part of a really great read. The link to the full article is here and Byron Kerr deserves the clicks. We didn’t want to aggregate these great quotes without the proper acknowledgement to Byron’s hard work to put this piece together.

“[Matt Skoke] had a great year,” said Nationals director of player development Mark Scialabba. “Finished up extremely well the last two months. His power numbers started to take off. He’s always had the ability to hit the ball a long way to left-center. His pull power has always been there. I think his approach has improved and he’s starting to stay more disciplined in the strike zone. He’s building more confidence because of that.

“He had a terrific year. He played the majority of the time at first but also played about 40 games at third. He actually showed the ability to play both corners extremely well. We are very, very proud of his accomplishments there, earning that (minor league) Gold Glove Award, which goes to only one first baseman in all of Minor League Baseball. And then taking that onto the winter leagues, going to Mexico and put himself in that challenging environment.”

“Still a little swing and miss in [Skole’s] swing, but he’s continuing to show that he knows the strike zone,” Scialabba said. “He’s getting walks. He’s learning how to be aggressive in the strike zone. He played in the Mexican League up until Thanksgiving. So it’s just a different experience for him. Hopefully, he picks up where he left off and comes to spring training, and he usually has impressed people in spring training. We are happy about his progress.”

“It’s a great development opportunity as we’ve seen with a number of our players,” Scialabba said. “There’s a number of players that took off after their winter league experience. It’s a very different environment. It’s very intense. The urgency level is increased. It’s a short sample of opportunity, but it’s a high intensity. The fans are on top of you. The teams know that you have to produce or you are going to be sent home.

“I think the maturity level factors in as well. Just being away and putting yourself in a different challenging environment is going to help you grow. It’s not going to work for everybody. Some players might find it very difficult and not necessarily be able to rise to it and they need to come home. I think it’s a really unique opportunity for a most of our young players to see and be a part of. And we support the opportunity if they can get it.”

“If you can get a handful of players to play in these leagues every day, that’s a good sign,” Scialabba said.

“There’s a development aspect, of course, that’s why we send players,” Scialabba said. “But it’s not the Arizona Fall League. It’s very much an environment where every night, there are people on top of the field and there’s a lot of pressure from the fans, the ownership and the general manager. That’s their league.

“There’s a lot of pride in baseball countries. That’s what a lot of the natives cheer for more so than some of the major league clubs. They are tied to very small towns or the islands wherever they are located. I can speak to the Dominica – you go to a Tigres del Licey (versus) Leones del Escogido game and it’s like going to a Yankees-Red Sox game. It’s a smaller environment, but the music and the culture and the passion is unbelievable. It’s a different style of game.”

Players who commit themselves to Winter Ball deserve the accolades, and it is a further testament to how hard some of these players are going at it as we have mentioned with Brian Goodwin and others.

While winter ball is not imperative for all players, it has to beg the question why some struggling players do not participate.

There are veteran players who play in the Winter Leagues to work their way back from an injury like Luis Valbuena, and others like Wilson Ramos did it more for his native Venezuela. Others do it to hone their skills, and whatever the motivations it is duly noted when a player participates.

We do not know what the fate of Matt Skole and Brian Goodwin will be, but we expect a good Spring Training from both and a chance to compete for an Opening Day coveted bench spot.

That’s all you can ask for is a legitimate chance.