Mike Rizzo has some comments, Scouts give some insight, #Nats 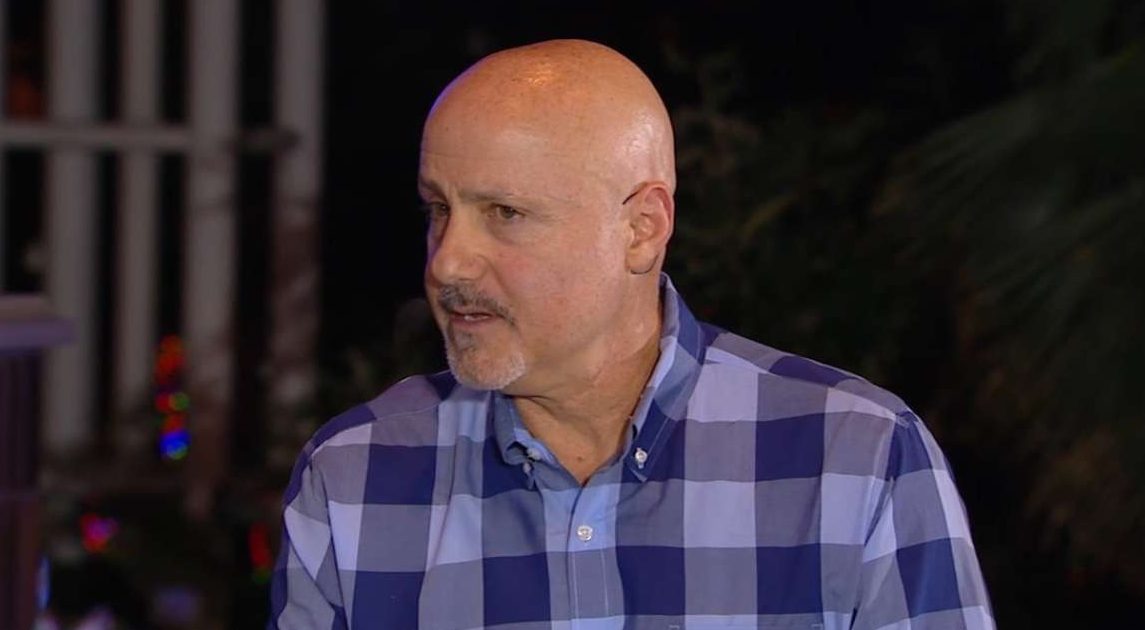 The General Managers meetings in Scottsdale, Arizona will be wrapping up tomorrow. The Washington Post was able to get some points of direction on Ben Revere, Wilson Ramos, the closer, and Danny Espinosa.

On Wilson Ramos, Chelsea Janes reports from Mike Rizzo:  “I think there would have to be shared risk if we were to come up with a creative way to sign Wilson.” And this from Jorge Castillo, “The Nationals are meeting with Wilson Ramos’s representatives later [on Tuesday], per source.”

On the closer,  Chelsea Janes reports from Mike Rizzo: “The back end of the bullpen is one of the places we can improve ourselves.”

If the Nationals did trade Danny Espinosa, that would almost certainly move Trea Turner to shortstop, but nothing is a sure thing with Mike Rizzo.

“We see Trea as an everyday shortstop in the big leagues, capable of being very good at shortstop,” Nationals’ General Manager Mike Rizzo said. “But, he’s a unique player because he gives us the positional flexibility to move him around the field.”

Context is everything when comments are made which is why you cannot read too much into what Mike Rizzo says as he also said “I’m comfortable with Danny at shortstop” and “We know what his strengths are, and what his weaknesses are.” But, he also said he could see Espinosa in a trade context.

“I could see him as utility player. I could see him as a player you could utilize in a trade context to get another piece that you need,” Rizzo said. “There’s a lot of moving parts we can go, and a lot of different avenues we can attack.”

Mike Rizzo has plans, and other General Managers have their own plans, and players and their agents have their plans. As Rizzo has said many times, ‘it takes two to tango’ meaning he might want a player like Wilson Ramos , but Ramos might not want to return on the terms proposed.

One thing you can be sure of, Mike Rizzo will not trade away Danny Espinosa if he does not like a proposed deal. Rizzo does hold the key right now to the future of Espinosa and Ben Revere and other players who could be on the move.

The Nationals control two other athletic centerfielders in Brian Goodwin and Andrew Stevenson. Both stepped up and stood out in their 2016 seasons. Stevenson as a Carolina League All-Star who batted over .300 at High-A Potomac, and now leads the Glendale Desert Dogs in the Arizona Fall League with a .355 batting average. Goodwin was a late season call-up to the Nationals, and impressed with new batting mechanics and showed that he could compete for a spot on the Opening Day 2017 roster. Goodwin hit a respectable .286 for the Nationals in his 42 at-bats.

We spoke to scouts who have been following the Arizona Fall League after Andrew Stevenson had a 5-6 game on Monday with a home run, 2 RBIs, and 3 runs scored. One scout believes he needs more seasoning in the Minors in 2017, and when we asked if he could make the Opening Day roster the response was “mid-season”.

“The guy just has plate discipline,” a scout told us who has been following Andrew Stevenson for a while. “Good pitch selection. And heaven forbid he gets on base. The speed gives all pitchers heart palpitations when he gets on base. ‘Athlete’ is a term that is sometimes overused, but athletes are truly dominating the game right now and this is one true athlete.”

My own view of Stevenson was more from the mechanics. He has a compact swing from lower hands, and he moves his hands through the zone with good strength at impact. He does a good job of creating the pop in his bat as he throws his hands right before impact. That doesn’t mean he will be a home run hitter, but this was a player who was portrayed as a singles hitter out of college. Byron Kerr of MASN wrote this ten days ago, “…could the 22-year-old [Stevenson] make the splash with the big club that Trea Turner made last season? He has the ability.” Few could do what Trea Turner accomplished in 2016. That is a tall order as Turner is a Rookie of the Year finalist! Let Stevenson be Stevenson.

At LSU, Stevenson out-hit his LSU teammate, Alex Bregman, through his junior season. Bregman was a top pick (2nd overall) and best bat in the 2015 amateur draft. This is not to say Stevenson is better than Bregman who was already called up by the Houston Astros and showed his five-tools and dazzled with his power display. What it does say is that Stevenson has his own tools, and while Stevenson is not a five-tool prospect like Bregman, Stevenson is projected as an athletic speedster who will dazzle with his glove, and can hit for average. Stevenson’s power tool and arm will be his only negatives. We did this interview with Stevenson twelve days ago.

Stevenson, by the way, went 0-4 with a walk yesterday after that 5-6 game. Letdowns happen sometimes after big games, and we will see how Stevenson does going forward.

The good news is the Nats have another top prospect and Stevenson’s best tool is his glove. He was drafted as the best outfield glove in the 2015 draft.

Stevenson wanted to talk about his defense. He told us he has been getting good reads. He glides to the balls and is Major League ready with the glove. MLB Scouting rated him as a 70 glove, but only a 35 arm. The ‘arm’ tool might be the only weakness he has. His ability to get to balls will help his pitchers.

“I haven’t been able to dive for any balls yet [in the Arizona Fall League],” Stevenson said.

Another reason the Nats might non-tender Revere is to save over $6 million and go with Trea Turner to start the season in centerfield until Stevenson is ready. The Nationals payroll on a cashflow basis is at $146 million today. The Nationals still need to add a closer, and an impact bat and neither come cheap. Rizzo could also add a veteran starter. Unless Rizzo can work out some more creative deferrals, it looks like he might have to non-tender Revere, trade Espinosa and Gio Gonzalez to free up some cash as the MASN dispute is not close to being resolved.

Mike Rizzo admitted that the MASN dispute affects his offseason plans. 'We don't have a blank check.' https://t.co/lAuPggsA9s

“I think we would probably have to make some maneuvers to get us in a payroll position where it’s more feasible for us,” Rizzo said to the media. “But we’ve always been given the resources here by ownership to field the best team we can put on the field.”

If you add up the payroll tied up with Revere, Espinosa and Gonzalez, and the number for 2017 is a total of $23.6 million. 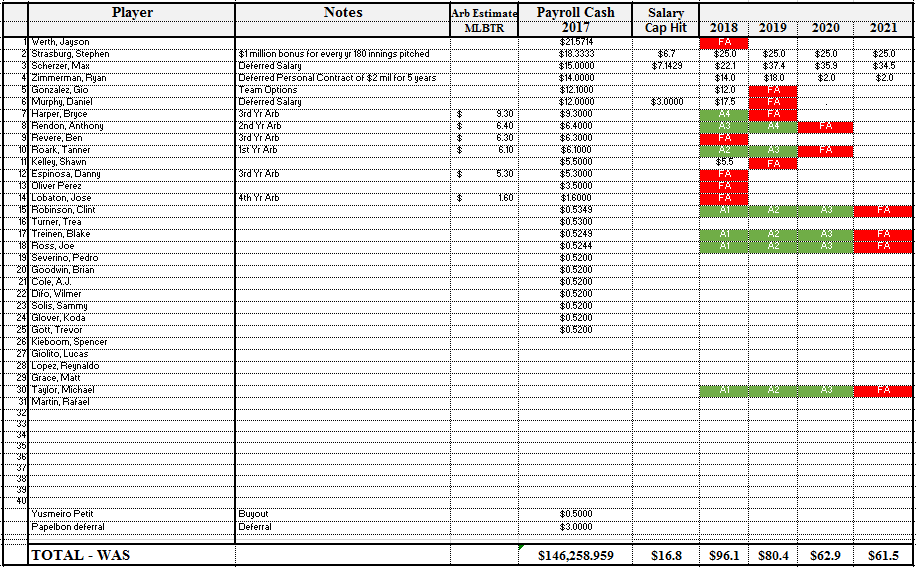 This entry was posted in Analysis, MikeRizzo, Prospects. Bookmark the permalink.
← Previous Article | Next Article →