Media suggesting Ian Desmond and Matt Wieters. What payroll flexibility do the Nats have?

Get ready for the constant deluge from the media tying the Nats to all the top free agents as it has already started with Tom Boswell’s mentioning of a fit with free agent Ian Desmond  which was then followed up with Chelsea Jane of the Washington Post leading an article about a possible Ian Desmond reunion. There have also been suggestions of the Nats going after Boras client Matt Wieters who could be available as a free agent as well as trade rumors with the Yankees for Brian McCann. 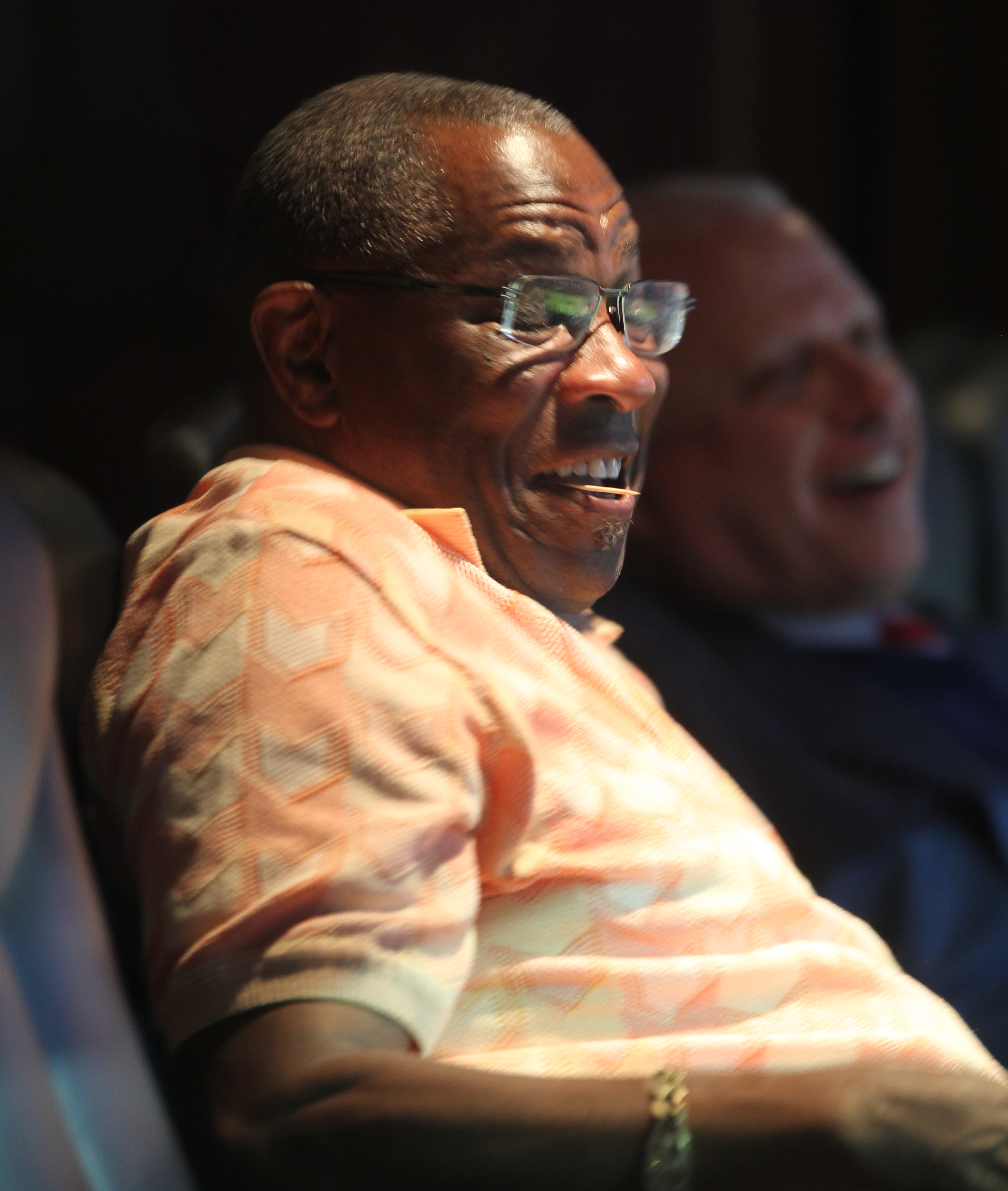 At TalkNats we have been on the Charlie Blackmon trade suggestions for over a year as a fit, and would add in Jonathan Villar as a trade target which we mentioned in July. The chance on either of those trade targets happening are between slim and none, but we also aren’t leading our headlines with far-fetched ideas rather just pointing out that the fits are there. We will talk about other trades that could make sense also as Marcell Ozuna would be a nice fit for the Nationals outfield.

The Nationals have payroll flexibility, and they are on the hook today for about $148 million based on current obligations and arbitration projections from MLBTR. The Nats hold team options on Gio Gonzalez as well as Yusmeiro Petit, and arbitration eligible players like Ben Revere could be a non-tender or a sign and trade candidate as well as Danny Espinosa.

The Nationals opening day payroll for 2016 was approximately $146 million and Spotrac had the Nats at $163.4 million based on the final payroll. There should be some payroll flexibility even though the main cashflow that the Nationals depend on is still caught up in the MASN lawsuits. 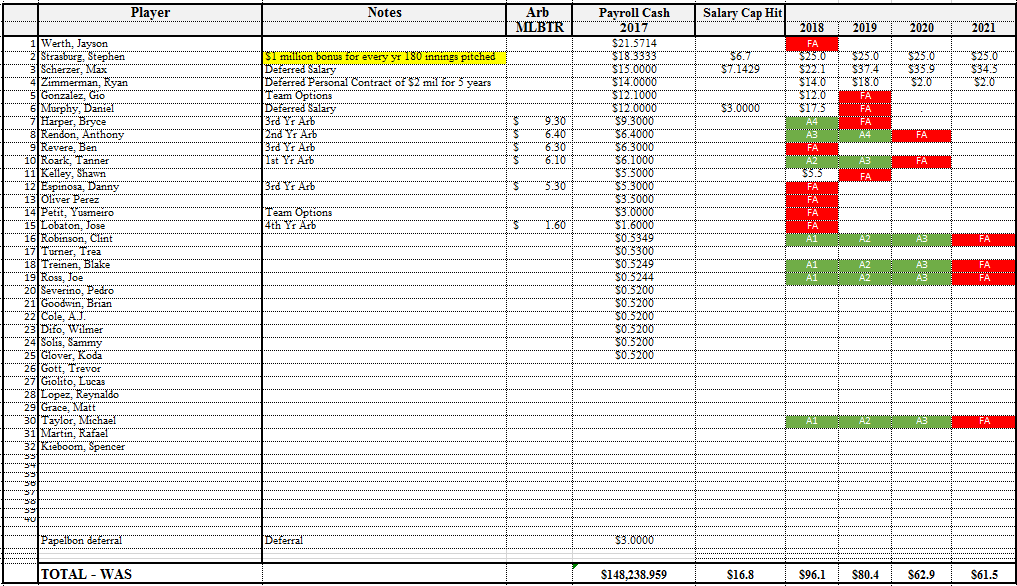 Could the Nationals find spare cash in trading Gio Gonzalez and going with a minimum contract player like A.J. Cole and allowing Petit to go while also trying to trade Danny Espinosa?

We also removed the seven free agent players from the projections that include Mark Melancon, Wilson Ramos, Stephen Drew, Chris Heisey, Matt Belisle, Marc Rzepcznski, and Sean Burnett. In a perfect world, the Nats would want to retain all seven of those players who would cost about $37 million.

Mike Rizzo and his group have their Excel spreadsheets, and they know what they need. This will be a on-going discussion that will change multiple times, and this is just a beginning to this point in time.

This entry was posted in Analysis, Lerners, MikeRizzo, Roster. Bookmark the permalink.
← Previous Article | Next Article →