Danny Espinosa is the #Nats starting shortstop…until he’s not!

The infield has been our focus for the start of our 2017 team analysis. We are projecting the Nationals starting infield on Opening Day in 2017: 1B Ryan Zimmerman, 2B Daniel Murphy, SS Trea Turner, and 3B Anthony Rendon. Today’s shortstop is Danny Espinosa, tomorrow’s looks to be Trea Turner unless a bold move is made moving Daniel Murphy to 1st base or the Nationals acquire a new shortstop or come up with another plan. 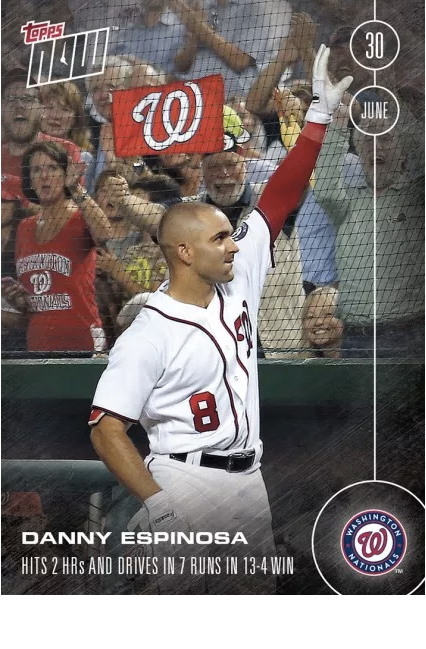 Yes, it is possible that Danny Espinosa remains the starting shortstop in 2017 as he is under the Nationals’ team control for 2017. It is also possible that Espinosa could fit back in as a bench reserve or could be traded.

After game #1 of the NLDS this year, Espinosa went 0-3 with three strikeouts. Following the game, a member of the national media asked Dusty Baker if he would start Espinosa in game #2 and this was Baker’s response:

“Who else do I have?” Baker said. “That’s my answer. I mean, you can give me somebody better, then I can play somebody instead of him.”

That was not a rousing endorsement for Espinosa, and very surprising for Dusty Baker to give that response as Baker has had the back of struggling players like Zimmerman, Gio Gonzalez, and Michael Taylor in the past.

Danny Espinosa was a defensive upgrade for the Nats over his predecessor Ian Desmond, but Espinosa had an awful second half of 2016 where he slashed .209/.306/.378/.684, but when you dig into the details, Espinosa beefed up his stats by having 20 hit-by-pitches along with the 12 intentional walks he received so opposing teams could get to the pitchers hitting behind Espinosa.

The .209 batting average for Espinosa just can’t off-set his defense which at times seemed overrated as Espinosa finished at a +1.4 in UZR which was 12th best for full-time shortstops. Espinosa certainly made the routine plays, and his strong arm was a key in turning 90 doubleplays. It has always been ‘take the good with the bad’ with Danny Espinosa.

Nationals’ general manager Mike Rizzo points out that Espinosa is a 20/20 player meaning 20+ HRs and 20+ steals, but Espinosa is 20/20 potential as he hasn’t had a 20/20 in the same season. Espinosa did hit 24 home runs with an impressive 72 RBIs, but do the Nats need to turn the page and move in a different direction?

It’s time for some changes, and Espinosa could find himself as the odd man out.

This entry was posted in Analysis, Espinosa. Bookmark the permalink.
← Previous Article | Next Article →