New MASN Filing Exposes The Profits Retained by the Orioles!

This morning Eric Fisher of the Sports Business Journal was putting out new information on the MASN dispute.

MASN in docs again argues Nats’ rights fees complaints ignore asset value, profits of net itself. Nats got $9.6M in MASN profits in ‘15. Nats in January then filed their own motion to have matter sent back to the RSDC

The following is a snapshot of Section 21 of the MASN agreement which gives the partnership and profit percentages, and 2015 was owned 16% by the Nationals and 84% by the Orioles. 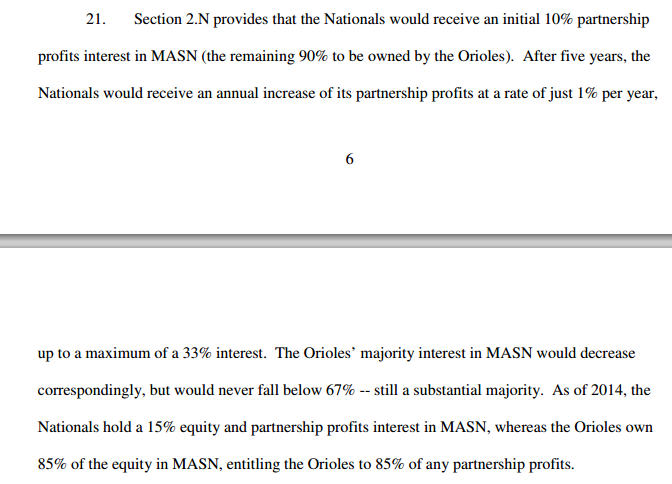 To use some algebra to figure out who got what based on the 2015 profit stated, it then exposes what the Orioles received based on the original MASN ownership and profit agreement. Did Angelos really want his profit on MASN made public? How much has he made on MASN in the 11+ years of ownership and where has that money gone? Should Orioles fans be upset by these revelations?

Will the MLB owners close the current loophole in the new CBA that gives a team like the Orioles the ability to exclude their MASN profit from the revenue sharing provisions? Right now the Orioles are considered under the current CBA as a small-to-mid market team which could allow them to actually receive a revenue share from the wealthiest teams. It also allows the Orioles to get extra draft picks after the 1st round picks are made in what MLB calls the “competitive balance round”. Is this fair?

Did the Orioles decide to spend on payroll this year because they knew their MASN profits would become public information?

The book, Lawyerball, will certainly need new chapters and our many articles on this subject can be found by using the  TalkNats search button and typing in MASN. 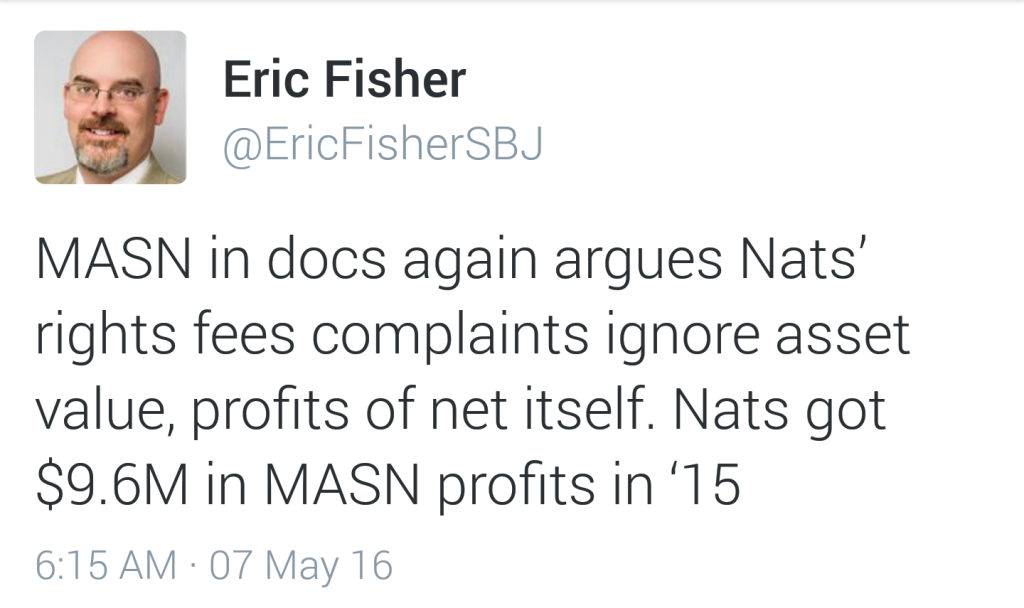 If you want some night-time reading, try this: https://iapps.courts.state.ny.us/nyscef/ViewDocument?docIndex=66tyxyVbc5j3nEqlV2lvTg==