New TV Show is a must see! Sports Detectives on the Smithsonian Channel

The Smithsonian Channel premieres a new show on Sunday titled Sports Detectives, and it is a groundbreaking original show as the hosts of the show hunt down the truth behind what happened with some of the most iconic memorabilia in American sports history. These are historic objects from indelible moments in sports that have seemingly gone missing from the public eye or are in dispute.

What a perfect fit for us as we have delved into the memorabilia side of the Washington Nationals with many stories which we like to call ‘treasure hunting’ for rare pieces of Nats history. The Bryce Harper bat known as the Deuce Noblitt could have qualified for a great episode in Sports Detectives which is a show dedicated to finding pieces of sports history and ex-FBI agent Kevin Barrows goes on a quest to solve the mysteries along with his co-host Lauren Gardner. Here is a video clip: A Clip From Sports Detectives

The show that we viewed was amazing, and you don’t even have to be a sports fan to appreciate the depths Barrows and Gardner go to in search of finding a key part of history. Barrows is very qualified as an investigative reporter as he was a Special Agent with the Federal Bureau of Investigation’s New York Office, assigned to investigate white collar crime.  During his six years with the FBI, he directed major financial fraud investigations.  He was the lead case agent on two of the largest white collar crime cases in US history, and received the US Department of Justice Director’s Award for Outstanding Contributions in Law Enforcement.  Barrows has appeared on 20/20, Dateline NBC, HBO and National Geographic’s Inside the American Mob. 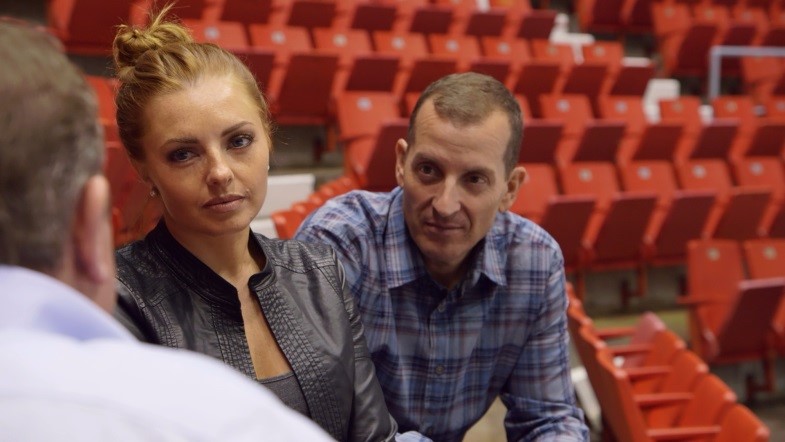 Yesterday we got to interview the star of the show, Kevin Barrows, for 12 minutes and it was like old buddies talking about their love of sports and their teams. What we found was that Barrows has a passion for sports and in particular, hockey, baseball and football.

Barrows told us that for the first season of the show, the production company had most of the input into the iconic pieces they would try to find and the twists and turns were real life which made the endings so incredible. For a second season, Barrows hopes he could solve a mystery such as—where is the Mookie Wilson baseball that went through Bill Buckner‘s legs in the World Series? That sports moment was one of Barrows’ personal favorites.

“[Each episode] was a lot of fun and a real challenge,” Barrows said. “Not always a clean ending. Not always a definitive ending. That’s what makes this show different. You have to follow the facts. Sometimes they lead you to great places.”

You could tell the passion that Barrows personally has for this show, and while Smithsonian could have found a big name ex-ballplayer, they went and found a true detective with a passion for sports. The show’s producers found Barrows from a show called Inside The American Mob, and they were hoping he liked sports, which he does. Not only does he like sports, he has also recently worked with the NHL, MLB NFL and with many athletes over the years and specifically in identity theft and internet security.

We don’t want to give away too many secrets about the future episodes that we learned from Barrows, but we asked about everything from buyer’s remorse to whether any items were illegally obtained. We discussed a real-life event from this month (not related to the show) about the dispute and buyer’s remorse from the NY Mets when they sold Mike Piazza‘s 9/11 Home Run jersey years ago, and it just showed up at auction and became national news as a dispute ensued.

Barrows, knowing we are DC based, confessed he is a big Mets fan, but when we pressed him to choose which player he would want, Bryce Harper or Yoenis Cespedes, Barrows told us, “I take Bryce Harper.” There it is, the man is honest…and smart.

In the series premiere on Sunday night, the SPORTS DETECTIVES attempt to track down the American flag that was draped over goaltender Jim Craig after the 1980 United States Olympic hockey team’s Gold Medal game victory over Finland in Lake Placid. That game came two days after the team defeated the Soviet Union in the famous semifinal known as the “Miracle on Ice.” Did that iconic flag end up back in the hands of the man who brought it to the game, or did Craig give it as a gift to another Olympian? Faced with two credible and compelling stories, the SPORTS DETECTIVES piece together the evidence to uncover the truth – with help from the hero himself, Jim Craig.

Ensuing episodes will help to explain other mysteries within the American sports landscape:

It’s the play that launched a Pittsburgh Steelers dynasty. A desperate throw bouncing off the defense and inexplicably into the hands of future Hall of Fame running back Franco Harris. For decades a local insurance agent has claimed he went home with the Immaculate Reception ball. But is he right? And what really happened to the 1964 NFL Championship ring of Cleveland Browns legend Jim Brown? Was it stolen from his home, or sold by his ex-wife? This episode features an interview with Franco Harris.

Dale Earnhardt Sr. made his mark as “The Intimidator,” but two rare photographs from his early career confirm that he started out in a pink race car – a Ford K2 that over time has become almost as famous as the driver himself. For years Earnhardt’s family has believed the car was simply sold for scrap, but the SPORTS DETECTIVES follow a trail of clues that leads them to a startling discovery. Next, they investigate the story of one of the greatest missing artifacts from the world of horse racing, the “A1” saddlecloth worn by Secretariat in winning the 1973 Kentucky Derby. It has been missing for decades. Can famed Secretariat jockey Ron Turcotte and a careful photographic analysis of the winner’s circle provide the clues to finally track it down?

It was one of the most famous swings in L.A. Dodgers’ history when a hobbled Kirk Gibson launched a home run in the 1988 World Series. Every artifact from that moment has been preserved except one: the ball itself. And now a man has come forward with surprising evidence that might reveal its fate. The SPORTS DETECTIVES also chase down clues to what could be one of the most elusive finds in baseball – a game-used Lou Gehrig bat. But how can it be authentic when it seems to be the wrong model?

Wilt Chamberlain cemented his legend on March 2, 1962 in Hershey, Pennsylvania, when he set a record that might never be challenged, scoring 100 points in a single game. But what happened to the ball that went through the net that night? The SPORTS DETECTIVES have their hands full with not one, but three possible claims to the truth. And for years the Kentucky Derby Museum displayed a trophy they attributed to War Admiral, but when the real item turns up elsewhere, the question becomes: is this a fake, or could it be the winning trophy from another horse?

In his biography Muhammad Ali tells the story of what happened to his Olympic gold medal from the 1960 Rome Olympics: disgusted by being refused service in a Louisville diner, he tossed the medal into the Ohio River, making it an enduring symbol of his struggle for Civil Rights. But is that story true, or simply part of the legend of Muhammad Ali?

SPORTS DETECTIVES builds on a formula established by executive producer Brian Biegel in his best-selling book and award-winning documentary, Miracle Ball, which tracked down the 1951 home run ball from Bobby Thomson’s “Shot Heard Round the World.”

Don’t miss the series premiere of Sports Detectives this Sunday at 9/8c. Muhammad Ali’s missing gold medal. The lost flag from A Miracle on Ice. Join private investigator Kevin Barrows and sports reporter Lauren Gardner as they investigate the biggest mysteries in sports history. Sports Detectives premieres this Sunday at 9/8c on Smithsonian Channel. For listings, go to SmithsonianChannel.com. 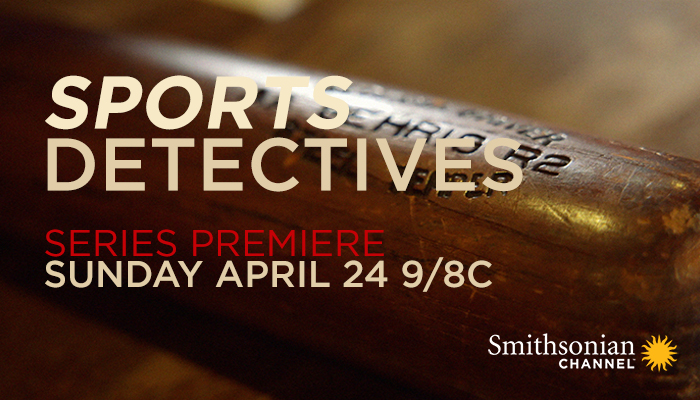 We also will be giving away several copies of the book titled “The Grind” by Barry Svrluga chosen exclusively by Talk Nats writers for whoever comments with what we consider to be the best piece of Nationals memorabilia they would like the Sports Detectives to do a show about. For example, where is the ball thrown for the 1st pitch thrown by Livan Hernandez in Washington Nationals history in 2005 on the mound in Philadelphia? I ask that knowing there was controversy regarding the ball purported to be the baseball as it went up for auction last year. Let’s hear your suggestions! 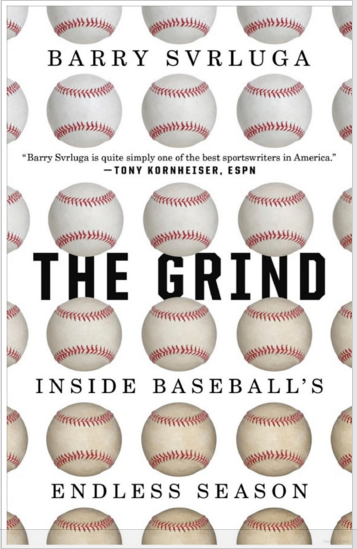