Monday night was a great opportunity to do some scouting of Victor Robles at the Hagerstown Suns game in Low-A ball. Robles is the top outfield prospect in the Nats system, and here are some bio items from the Nats media guide:

As I posted after the game, we picked a pretty good night to go watch the Suns with about 50 other people in attendance as the weather was great, and Robles was dynamic with all 5-Tools on display in 1 game. Robles made a pretty good first impression! 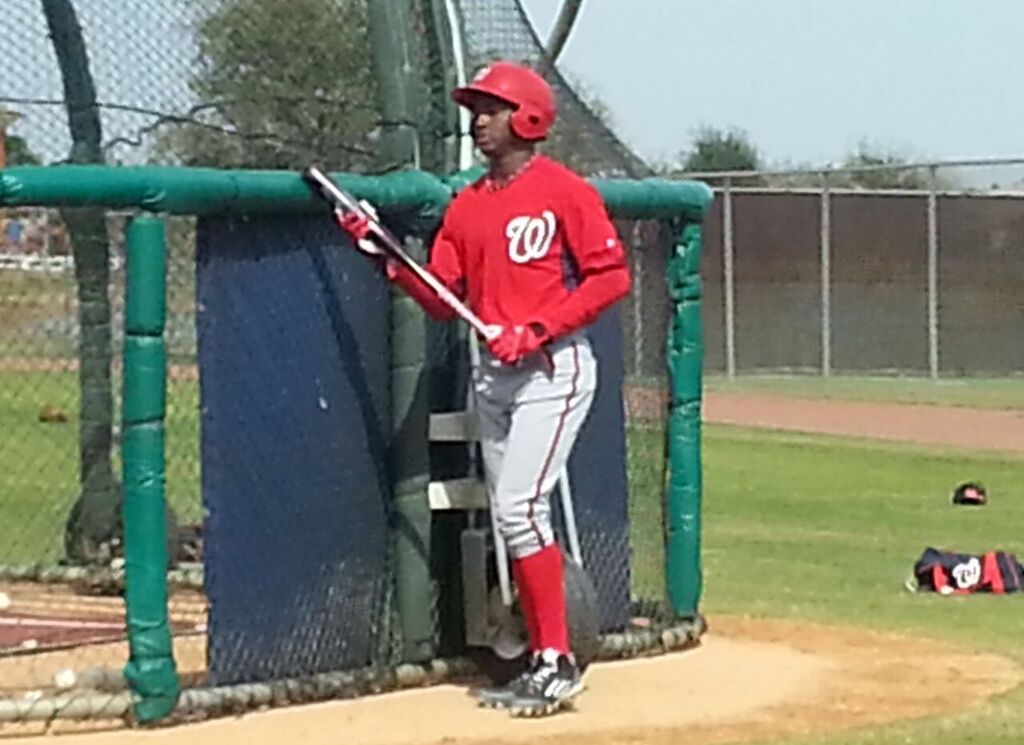 Baseball America’s ranking of the Nationals’ prospects this year has:

First of all, the kid is lightning fast, was everywhere in the outfield either making plays, or backing the other guys up. Great jumps and instincts. Has what I call the unteachable radar that some guys just seem to be blessed with. He had a strong throw in from RF to the cutoff man after the RF misplayed a line drive, and then threw out the tying run at the plate from CF to end the inning. He possibly could’ve dove and caught the ball, but played it safely on the bounce because if it had got by him the tying run would have scored and the batter would’ve been in scoring position. At the plate he had a 1st pitch F9 to start the game, a BB that turned into a manufactured run, an ugly K (it happens), and then a line drive homer which was the go ahead, and winning run. 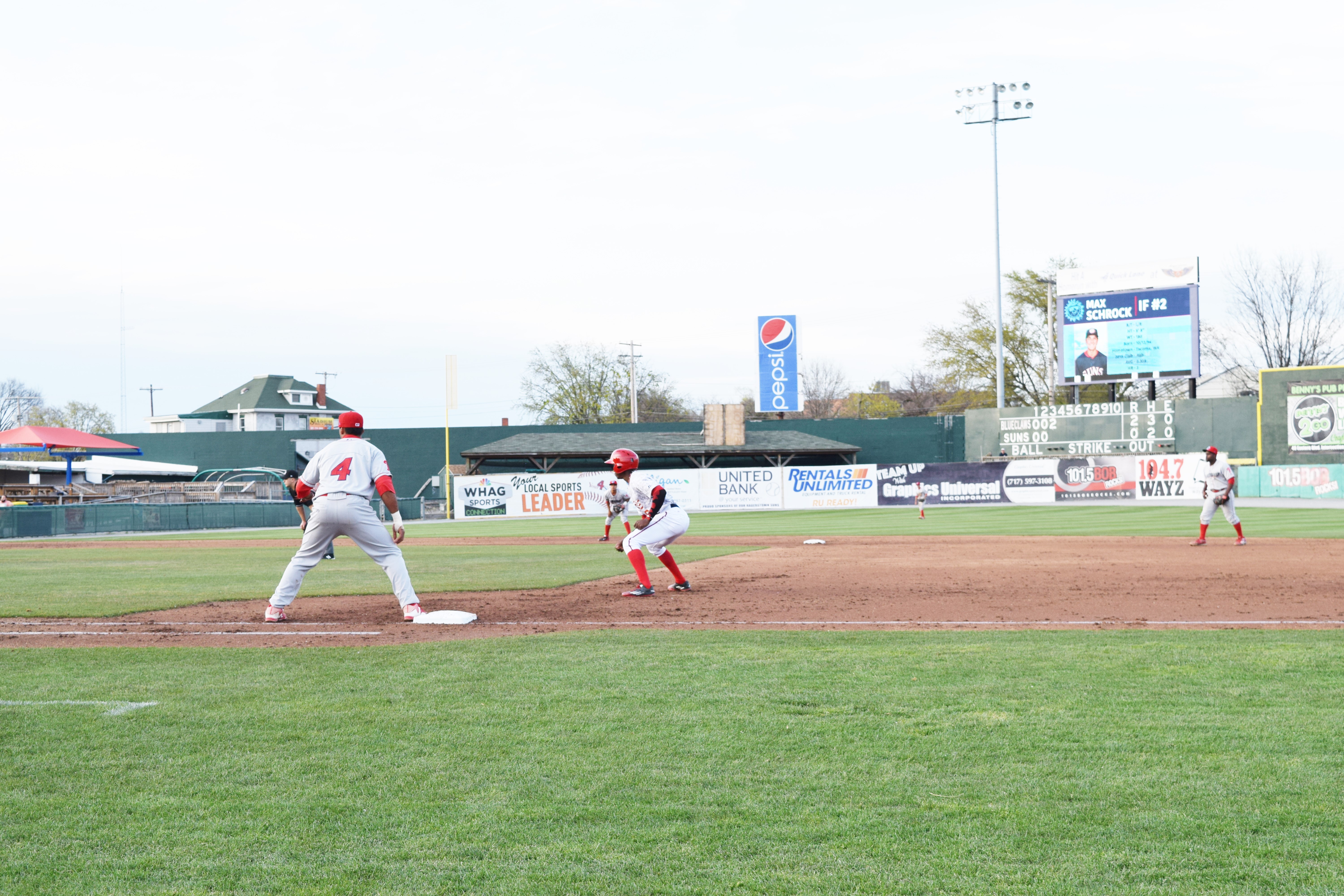 Honestly, Robles demonstrated that he really was the best position player on the field, by leaps and bounds. He belongs with the P-Nats right now, and probably Harrisburg by the AS break.

The group shot is pretty much the Caribbean players saying a prayer before the game. 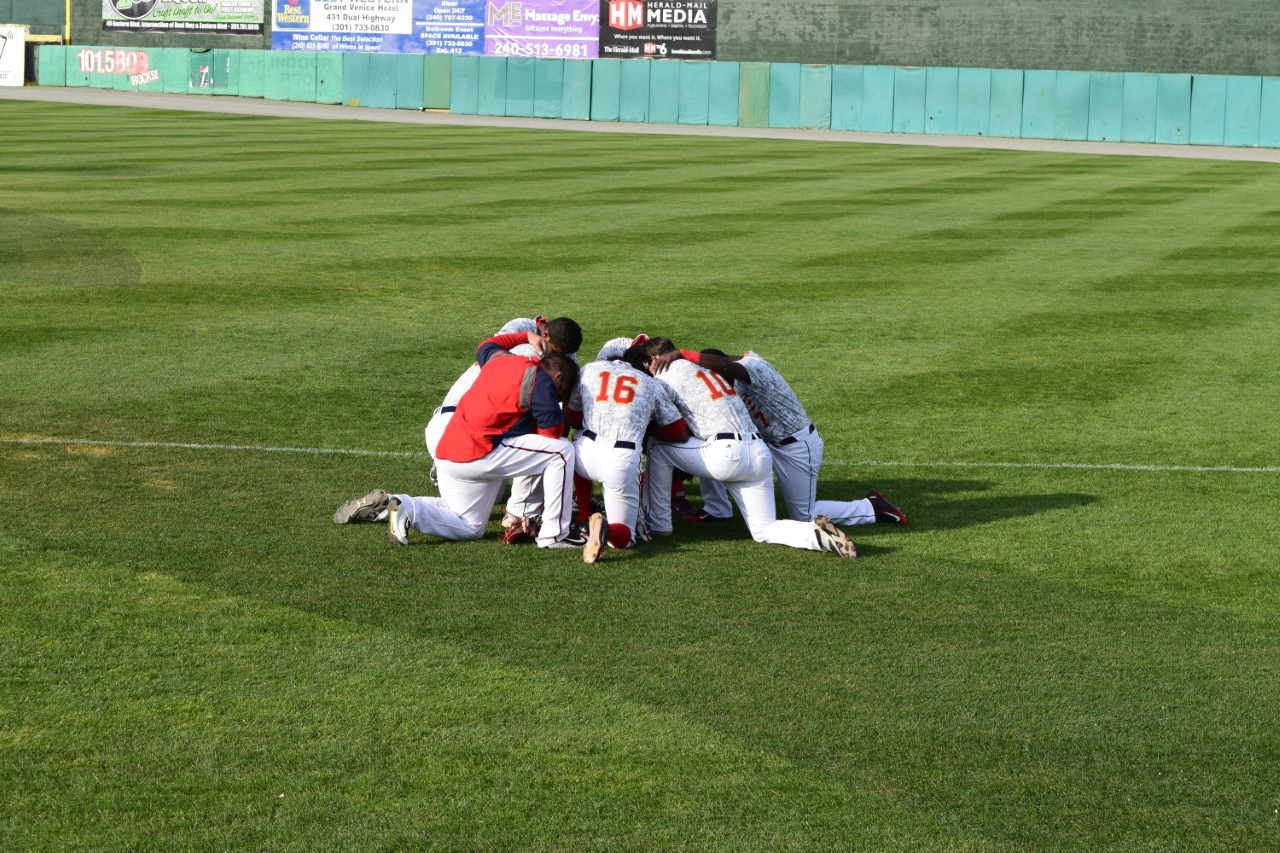 The photo with the ump, and the catcher standing in front of the plate is Robles coming in to score after his first A-level homer, the other one was as he scored the first run, which was after his SB. 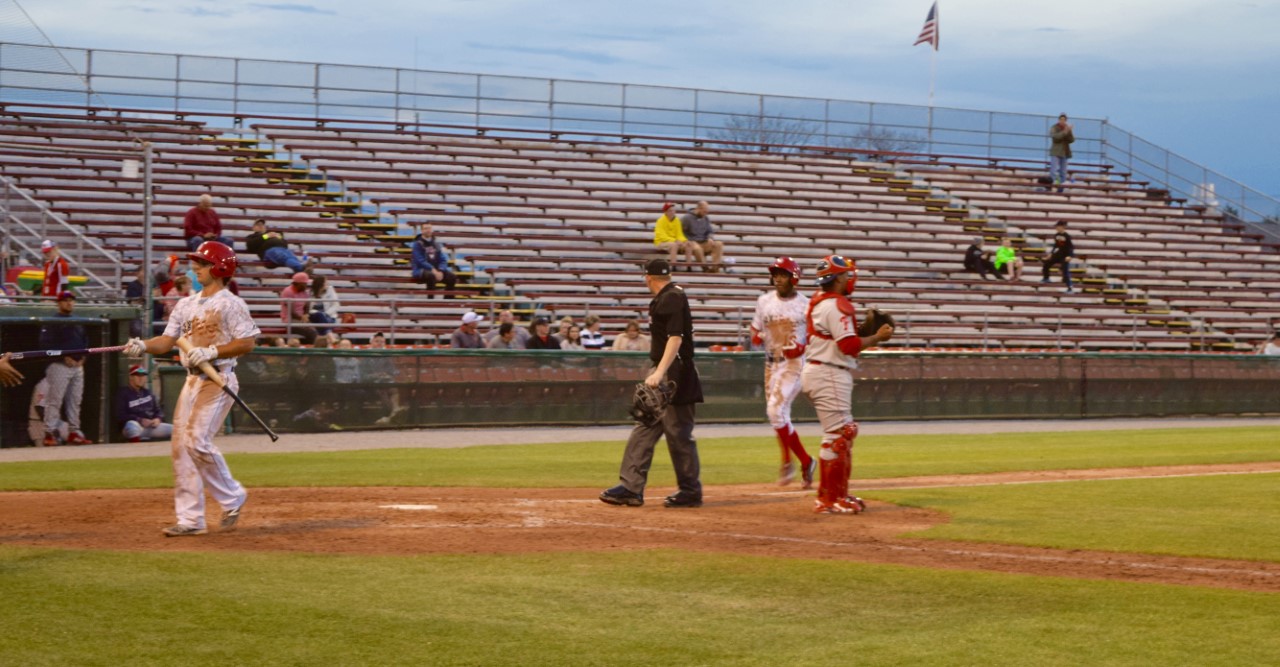 Ryan Ripken didn’t play, but coached 1B. Take one look at the young man’s face and there’s no doubt whose kid he is! 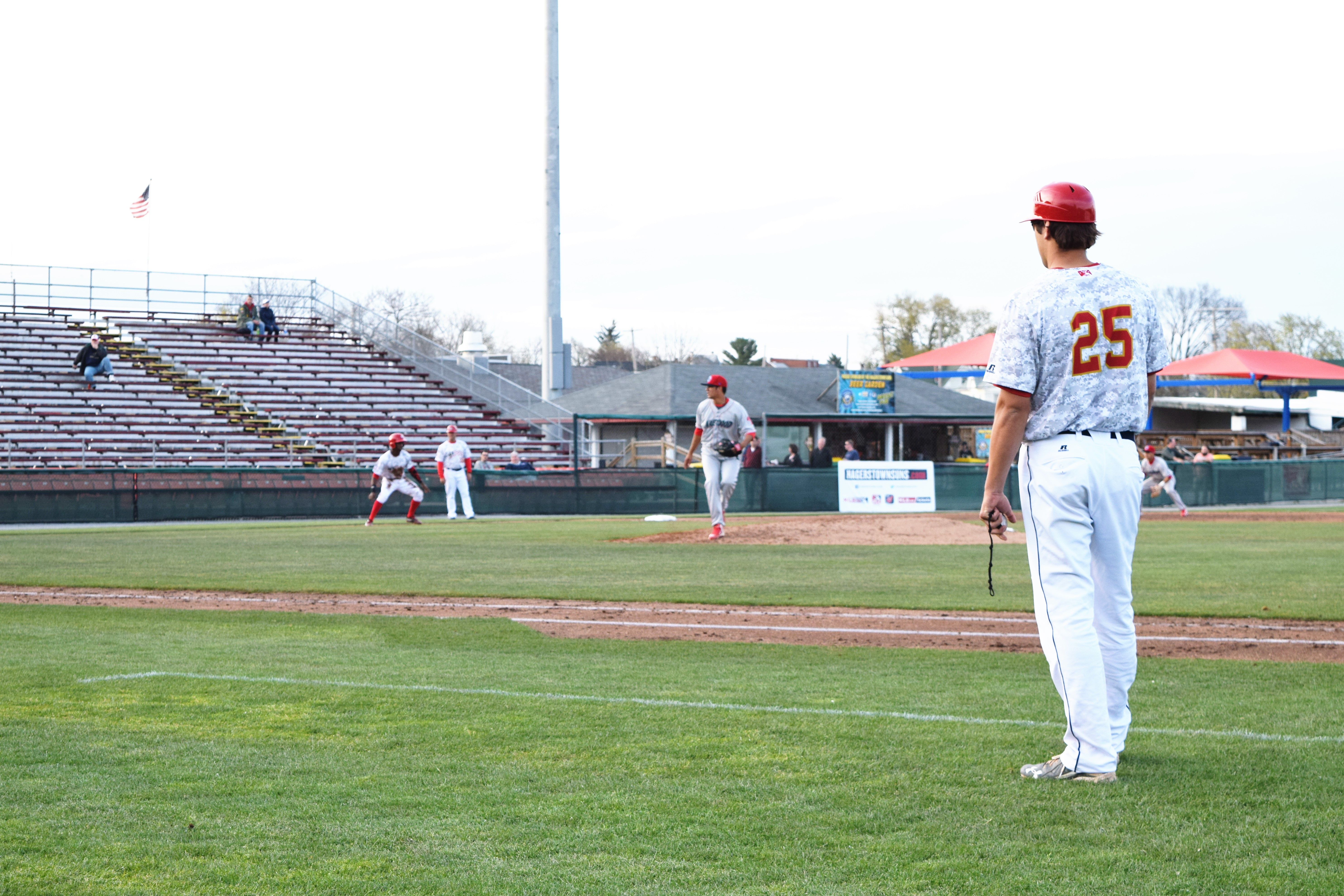 Everybody else pretty much looked like Low A players with the possible exception of the Sun’s third baseman, another kid from the DR, Kelvin Gutierra. Big guy with a gun for an arm.

Suns Stadium is quaint, but pretty tired. The crowd was sparse and every employee seemed to wear several different hats performing various tasks.. The field itself is in great shape. I will hopefully get up there again before Robles advances. If you want to read up on Baseball America’s scouting there is this: VICTOR ROBLES.

“The tools are there,” Robles’ former Auburn manager  Gary Cathcart said. “There’s five of them and he’s got all of them. He impacts the game in a whole bunch of ways. It’s almost like we’re not talking about an 18-year-old kid because of the way he does impact a game, the way he gets on base, the way he plays defense, his at-bats, his two-strike approach—everything is beyond his years. He’s got a chance to be very special.”

On July 2, 2013, the Nationals acquired the then 16 year old raw talent of Victor Robles with a signing bonus of $225,000, and consider now that if Robles was a US born player, he would be a High School senior and a Top 10 draft pick.

Nationals evaluators have been loving the baseball IQ and discipline and maturity of Robles. Amaury Garcia is Robles’ hitting coach and Patrick Anderson is his Manager. Mark Scialabba, the Nationals’ director of player development, among others will be keeping an eye on the progress of Robles and will be working with him as he progresses through the system.

This entry was posted in Analysis, Prospects, VictorRobles. Bookmark the permalink.
← Previous Article | Next Article →