We’ve said it about Ben Revere and Trea Turner. Now Dee Gordon speaks up about it!

We have written this off-season about how traditional statistics do not fairly portray the value of speedsters. We wrote about the speedster Trea Turner and his intangibles.  We did the same for Ben Revere after Rizzo traded for him.

Ben Revere hits for a high batting average and steals bases by the dozen. Dee Gordon on the last day of the 2015 season won the NL Batting crown edging out Bryce Harper, and Gordon won a Gold Glove and won the Stolen Base crown.  Harper is more valuable than Dee Gordon, but don’t sell Dee Gordon short as he causes havoc out there on the bases, and much of Gordon’s value is in his ability to hit his way on base and steal bases, and when you add in his intangibles, he was probably the Marlins MVP last year.

Clark Spencer who is on the Miami Marlins beat for the Miami Herald wrote, “Baseball sabermetricians aren’t as keen on [Dee Gordon]. He doesn’t walk and hit for power.”

Dee Gordon went into self-deprecating mode with a facetious tone when talking about himself.

Does Gordon have a right to be ticked? We think so and wish Gordon read the pieces we have done on the subject as we have also mentioned Dee Gordon and players like him who fall in this statistical quagmire where the traditional stats can’t value them properly. Every time Ben Revere, Trea Turner and Dee Gordon are on 1st base with 2nd base open they are a threat to turn their one-bagger into a two-bagger.

The Marlins signed Dee Gordon to a 5 year extension worth $50 million for that contract. The Home Run hitters get paid the big bucks. Gordon might hit a few more HRs with the walls brought in at Marlins Park, but last year Gordon had only 4 of his 205 hits turn into 4-baggers.

Dee Gordon is taking it personally as the projection models are adjusting him lower for 2016 as they are thinking he can’t repeat his 2015 stats. Gordon also knows that opposing pitchers won’t pitch around him.  Gordon’s teammate Tom Koehler said, “In a 3-2 count you throw Gordon a fastball down the middle as you don’t want to walk him. He probably won’t hit it out of the park. That’s how other pitchers approach him. The non-power guys don’t get pitched around and can’t get their walks so they have to hit their way on.” 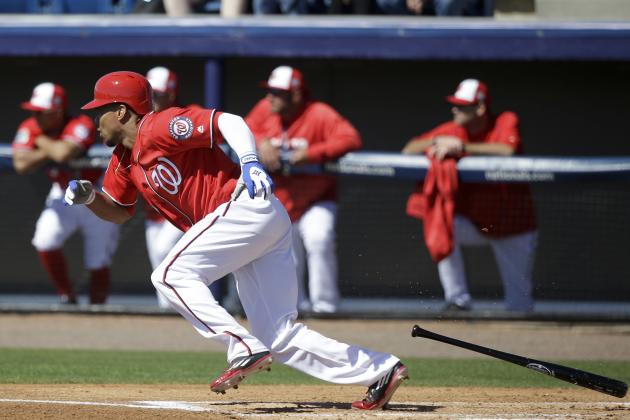 This is how we adjusted Ben Revere’s numbers turning his singles into doubles for every stolen base and then turning those caught stealing and pickoffs into a reduction from his OBP as if he was never on base. All of a sudden, Ben Revere looks like a doubles machine and that .760 OPS would have ranked Revere 4th on the Nats in OPS last year for qualified batters.

We did something similar for Trea Turner adjusting his stats for stolen bases. Turner actually has more power than Revere and Gordon which helps his overall numbers. Before the rainout today was official, Turner got up to bat twice and was 1-2 with another infield hit raising his batting average to .263 for the Spring. His OBP rose to .356 and add to that Trea Turner stole 7 bases this Spring. Turner did have 1 double, 1 triple, and 1 Home Run this Spring, and if you add on 7 extra bases to his numbers, they make Turner one of the most valuable offensive players in camp. We also added a 3rd line on Trea’s stats to account for the 1 hit that was taken away and ruled an error, and while it made no sense for the scoring change from the official scorer, we included that scenario changing it back to a hit.

If we adjust OPS for all the Nats with more than 20 at-bats to account for stolen bases, Taylor, Sizemore, Rendon, Harper, and Turner would be the Top 5 on the Nats. You may ask where Espinosa ranked—#23 on the team (just behind Tyler Moore). 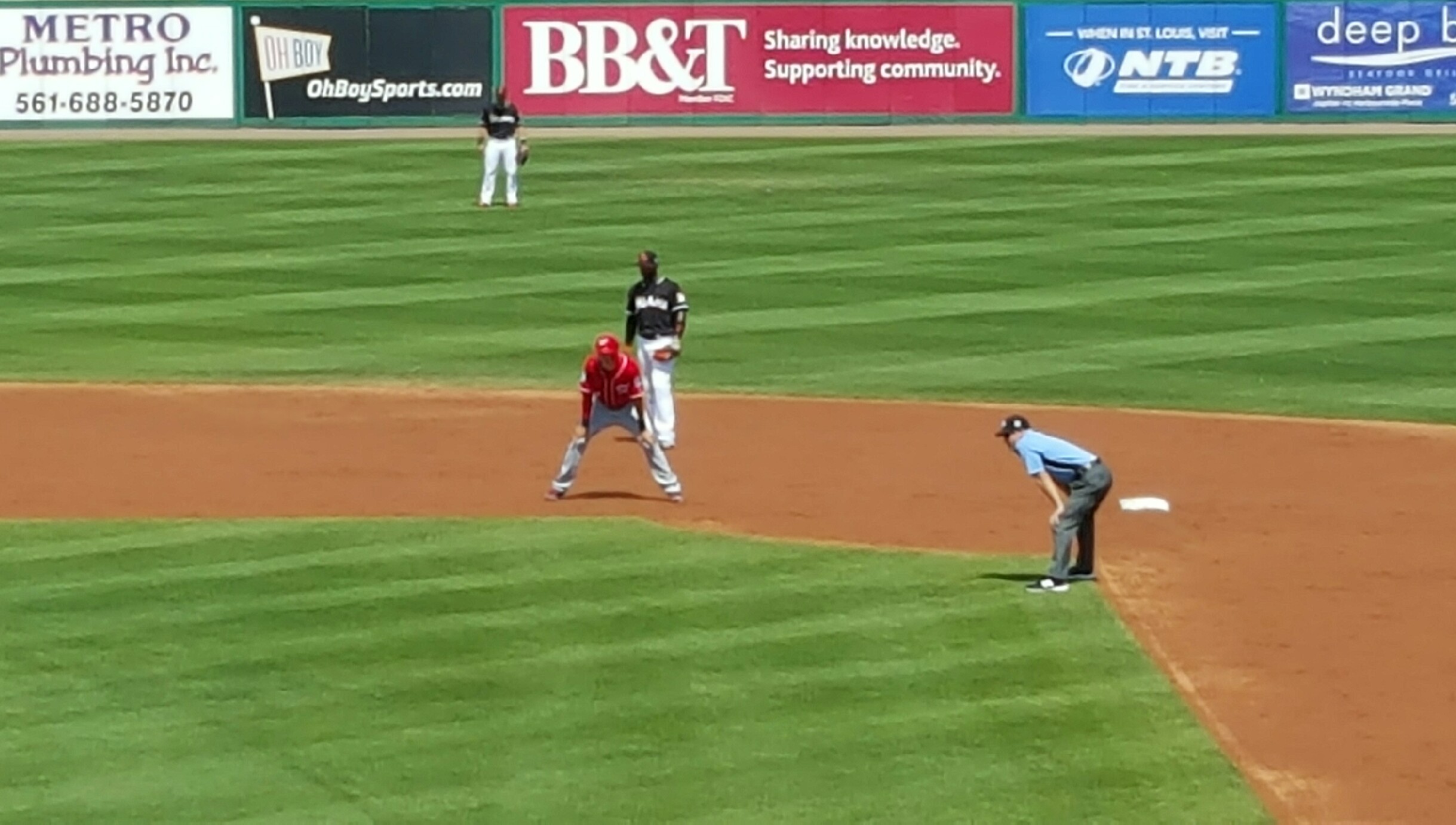 “The #1 thing is [Trea’s] speed, and speed kills. That’s something the game doesn’t have much of,” Baker said. “When you have speed, it makes [the opponent] make mistakes he wouldn’t normally make.”

That is “Dusty Ball”. Dusty understands the speed game, and while it’s a luxury to have a player like Ben Revere, Dusty must be pinching himself at the opportunity to be able write in both Revere and Trea Turner into his line-up.

This entry was posted in Analysis, Revere, Turner. Bookmark the permalink.
← Previous Article | Next Article →