So it finally happened: my last game at Space Coast Stadium. 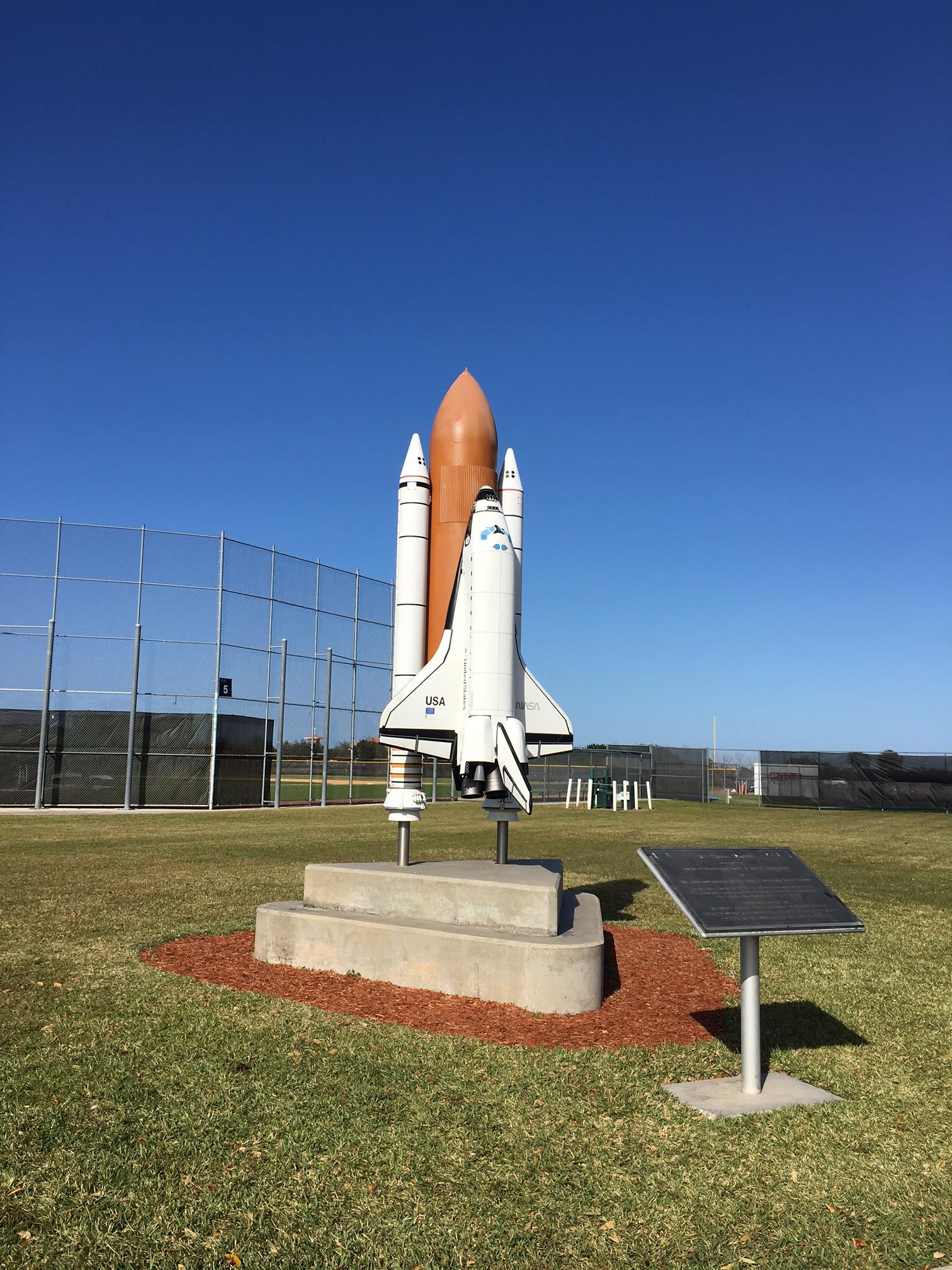 I retired not that long ago, so I’m used to the odd feeling of “I’m doing this for the last time,” even though others will continue doing whatever it is.  Not sure the English language has a word for it:  let’s call it expectation of future nostalgia.

Of course, that got me thinking back on my memories of SCS, starting with my first visit in 2013.  We got there on a day of a closed practice, so we went around the back of the stadium to see what we could see. My first memory is watching Bryce do his hair by bending over, pouring a Slurpee-sized cup of water over the back of his head, and then shake his forelock into shape. He then headed over to the fence by the bullpens and batting cages, to sign anything kids and adults could stuff through the gap between the gates. Finally one of the coaches or trainers had to come fetch him for the in-stadium workouts.  Gate still has that gap. 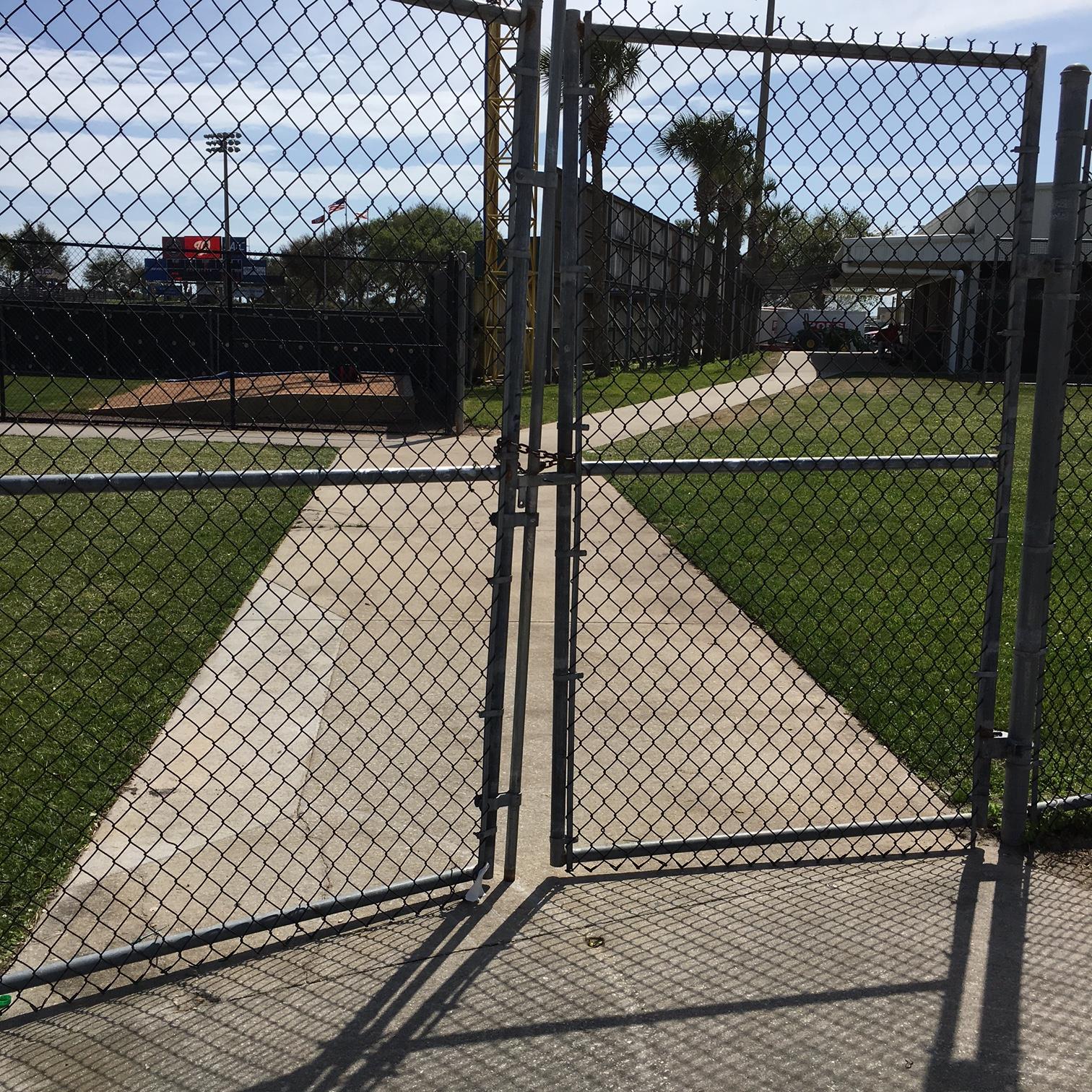 The practice was closed, but we found a spot where we could see the top halves of the players doing their jumping jacks (top 2/3 in the case of Werth with his hair flying everywhere:  that was one of his real were-Werth years).

Then I was interviewed by a WaPo reporter looking for someone who was at Spring Training for the first time.  I got quoted—and then got teased by my partners because the quote was about being a tax accountant sneaking out of the office for Spring Training.

Next day was ST Opening Day:  that was before the plans to move to West Palm was underway, so there were kind words from local politicians and a Lerner.

Strasberg pitched a couple of innings . . . and then everyone started leaving as soon as he finished.  So that was my introduction to the differences between spring training and regular season games.

Other highlights of that trip were introducing myself to NatsJack, and spotting a few other DC-area fans (and deciding that an ARVAFAN shirt was in order, so people could find me, too.).

Singing along to “Take On Me” when they played it in the stadium felt really odd since Mikey-Mo had just been traded away.  But we did it anyway through, well, force of habit?  Respect?  Nostalgia? Just because the ballpark is really the only place I can sing, since I sing in the key of OFF? (By the way, the song actually makes sense if you see the video).

The games are interesting (for reasons I’ve documented elsewhere), but for me the real Spring Training action is at the practice fields.  Those are a nice walk from the stadium and clubhouse (if you’re Dusty and his coaches), a scheduled van ride there and back under the Matt Williams regime, but golf carts over and back for most of the players this season (but I did see the occasional walker).

Going to the practice fields for fans starts with meeting “Susan at the Gate” with her bat earrings made from game-used bats, handing out the roster sheets and Spring Training schedules. Seriously, when yesterday you were in DC dodging a giant ice pile just to get out of your driveway, and today you’re applying sunscreen to watch baseball guys doing baseball things, you really have a sense of being in the right place at the right time. For a baseball fan, there’s no better feeling in February.

I hope Mark Lerner comes through on his Winterfest promise that they really considered the visiting fan experience when designing the WPB facility (we know you spend a lot of money to come down there, we want you to have a good time). But I’ve heard from Mark Z and others that the fan access is better at SCS practice fields than anywhere else—I guess we’ll find out soon enough.

It’s hard to pick a best moment from all the “moments,” but I think I’ll go with chatting with Wilson Ramos’ mom.  I was there with my friend from Venezuela.  Once she found out where he was from, she called all the other Venezuelan players over to sign my friend’s baseball.  And when Mama Ramos spoke, they listened!

Second best is McCatty giving me a well-used baseball over the bullpen fence at the practice field.  I have a lot of baseballs, including no-hitter ninth inning balls and balls signed by the franchise players, but probably none that symbolize the Spring Training fan experience better than this well-used, worthless but priceless, Spring Training baseball. 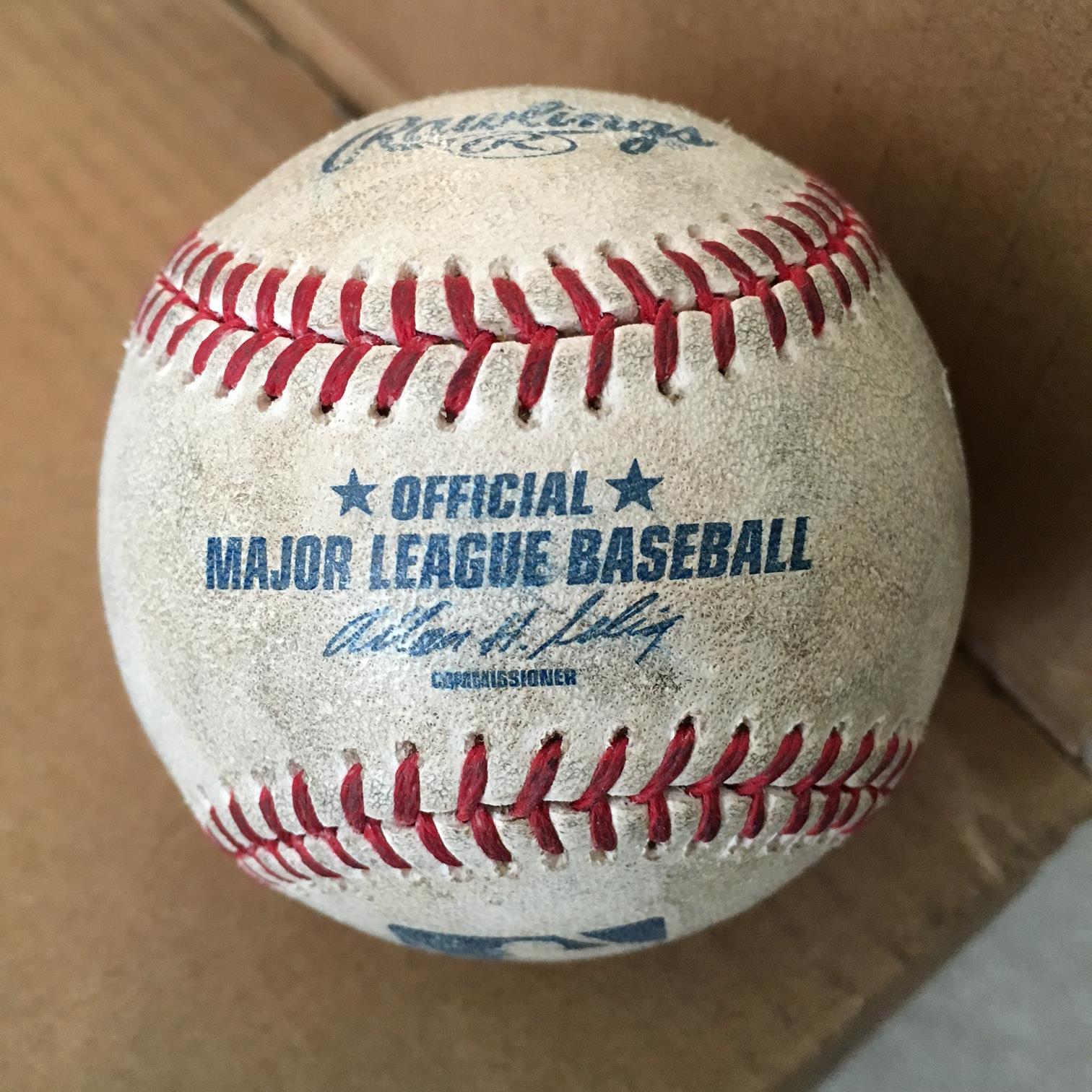 There’s plenty of other memories from my five visits there: Max apologizing for cussing at his own pitching; meeting Harper (NatsJack’s dog—don’t get excited); chatting with Dusty; meeting fellow bloggers/lurkers; getting that Papel-bum* photo; Ian saying “nice shirt” to his own Indigogo fundraising shirt I was wearing; wondering if the resident osprey was going to drop another fish on someone; introducing myself to Mark Z and Chelsea Janes; seeing the wanna-be’s, may-be’s, and never-gonna-be’s in the ST games; watching what was probably Bronson Arroyo’s last ML pitch; enjoying seeing the pitchers in the bullpen lined up by height from Gio to Chris Young; and my annual chats with Aaron Barrett.

*not a reference to Pap himself—I’m thinking of the “bum’s up” photo of the whole team—just that his was the closest to me.

As I said, I expect that I’ve been to my last game at Space Coast Stadium, but I’ll never say “never:” because, as we all know, you can’t predict baseball.