Updated: Bryce Harper is swinging a new Victus BH137 bat this Spring. What bat will Bryce hit HR #100 with?

Victus Bats has been in this competitive business of crafting baseball bats for Major Leaguers for 5 years now as they continue to grow their market share. Victus can now claim Bryce Harper as a client. Harper started swinging Victus bats in Spring Training games after Jared Smith of Victus Bats arrived at Space Coast Stadium  in Viera, Florida to meet with Bryce and dropped off these real eye catching bat designs (pictured below). 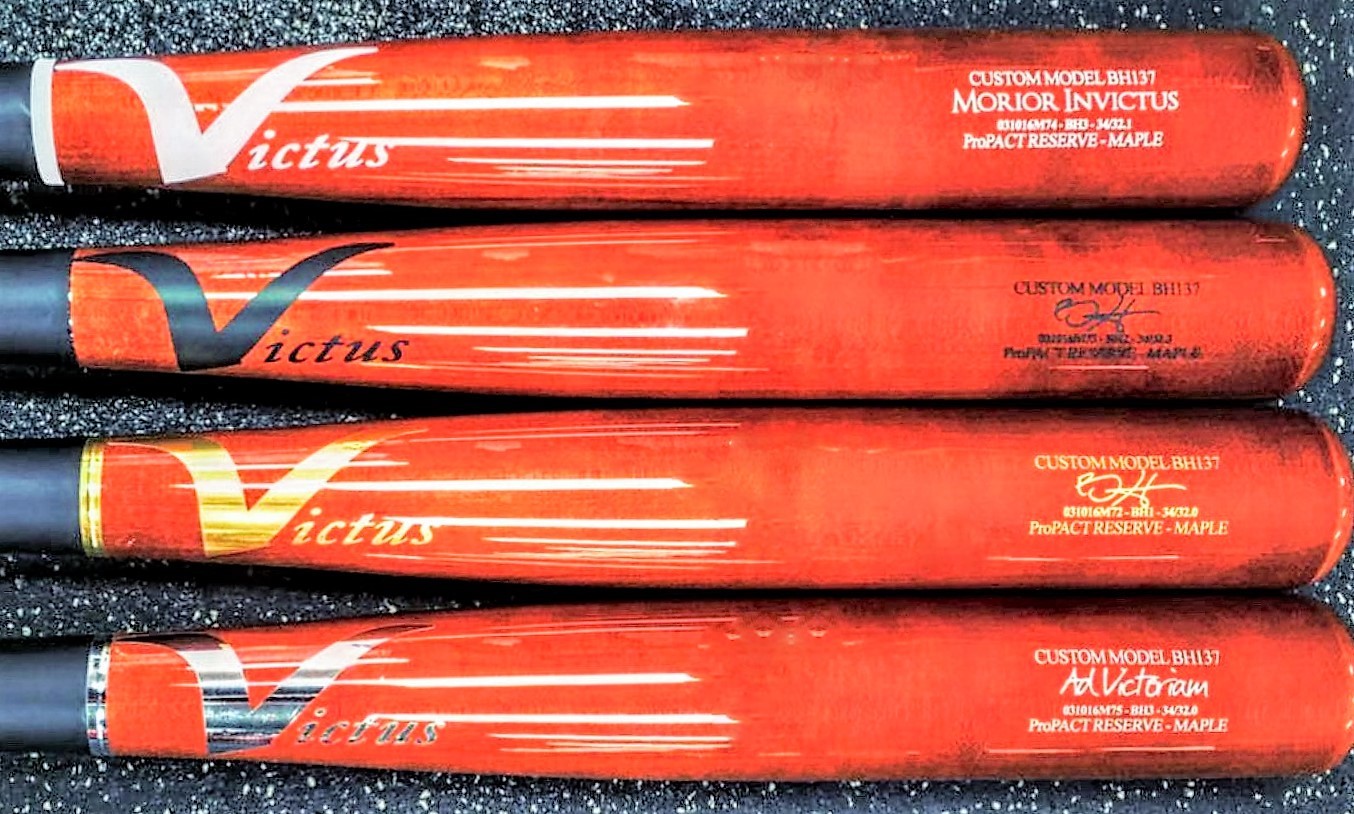 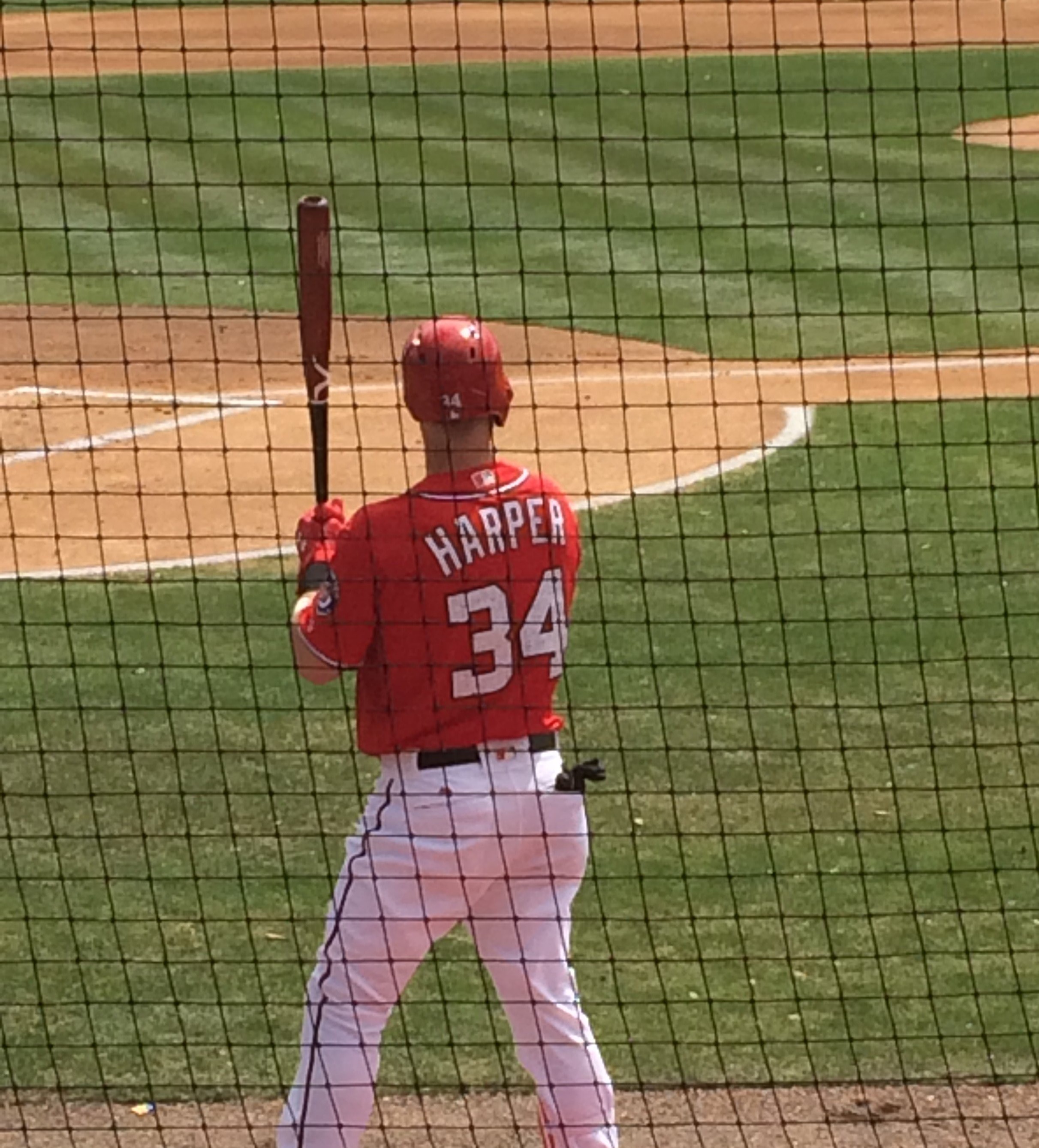 You have to see this video below embedded in the Tweet. This is Victus Bat’s newest product.

An interesting look at the type of @axebat that #Marlins @Giancarlo818 will use this year after his hand injury pic.twitter.com/2qL0AJ1HzP

With Victus acquiring the license from Baden Sports to produce the axe handle wood bats, they are becoming a leader in wood bat technology. This axe wood bat is a patented product and very new to MLB. Scientifically they believe that axe handle bats generate a 6 to 10 percent shorter swing because of the angle created by the axe knob. The axe bat due to the intricacies of craftsmanship of each bat is among the most expensive bats sold to MLB teams, and quality costs money.

The Axe Bats of course got their name because they feature an axe type knob which is popular with players with previous hamate and wrist injuries like Giancarlo Stanton and Dustin Pedroia, but these axe bats are also being used by Mookie Betts and Carlos Correa. Nats fans might remember Carlos Correa’s HR off of Joe Ross on Monday which was hit with the axe bat by Victus.

Getting back to Bryce, he is just swinging the Victus regular knob bats and Mike Sinclair who works directly with the players for Victus told us that the BH137 prototype is very similar to a CU7 modified model that Bryce likes to swing. Bryce also asked for bats with the names Morior Invictus and Ad Victoriam engraved where the player’s name normally goes on the the barrel of the bat (see photo at the top).  Morior Invictus translates to “Death Before Defeat” and Ad Victoriam translates to “To Victory”. Those Latin phrases are possibly from a TV show titled Person Of Interest which airs on CBS.  As NatsJim pointed out that “Ad Victoriam” could be a reference from a video game called Fallout 4.

We have an invitation to travel to the New Jersey facility of Victus Bats to see the production of a Bryce Harper model Victus bat, and we will also swing a few different models in a batting cage as we’ve done with other bat manufacturers before. We will have a follow-up story after our visit to Victus.

UPDATED 4/4/2016: Bryce Harper on Opening Day had many bats to choose from, and he chose a newly modified Victus bat to use. In Bryce’s 1st at-bat of the season he hit a HR, and it was career HR #98. The bat Bryce used was a BH137.1 model made by Victus Bats specifically for Bryce Harper.

Bryce Harper is approaching being part of the 100 career Home Run club. He is 2 HRs shy of reaching 100 which he should do quickly in 2016.  Which lucky bat will he hit it with?

We will keep you up-to-date on all of Bryce’s milestones, equipment, gear, and accessories as we have that information available. 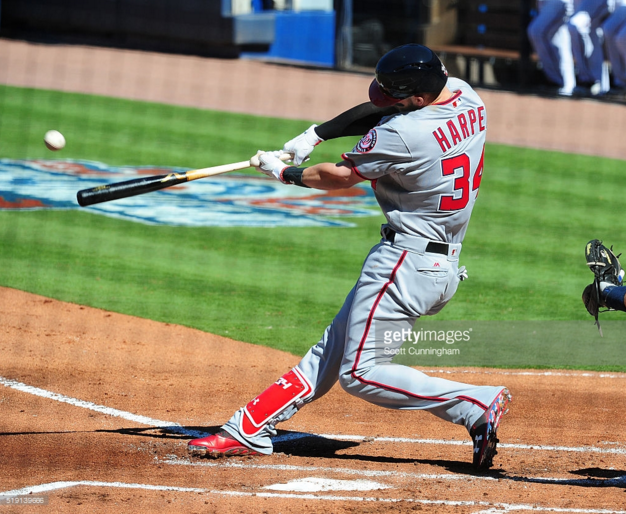 We spoke to Mike Sinclair of Victus Bats after the game, and he has confirmed that the bat used by Bryce on Opening Day is this bat (pictured below) that was made for Bryce last week with a slight modification from the BH137 model as this BH137.1 had a knob modification that Bryce requested. 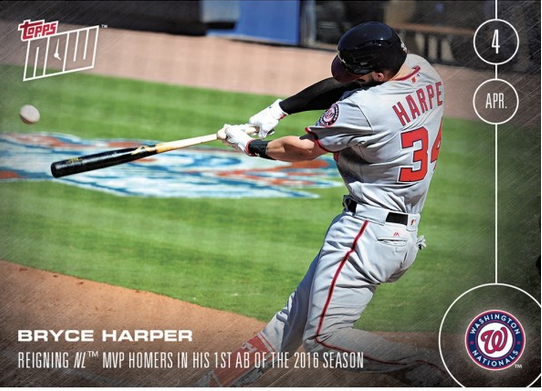 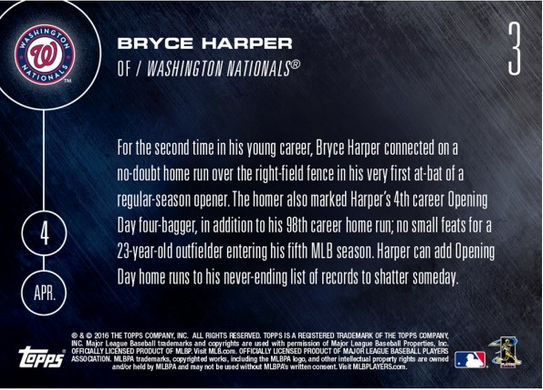