Another Beautiful Day in Viera #TalkNats

Posted on February 23, 2016 by ArVaFan aka Laura Peebles

“I hope you still feel small when you stand beside the ocean”—Lee Ann Womak, I Hope You Dance 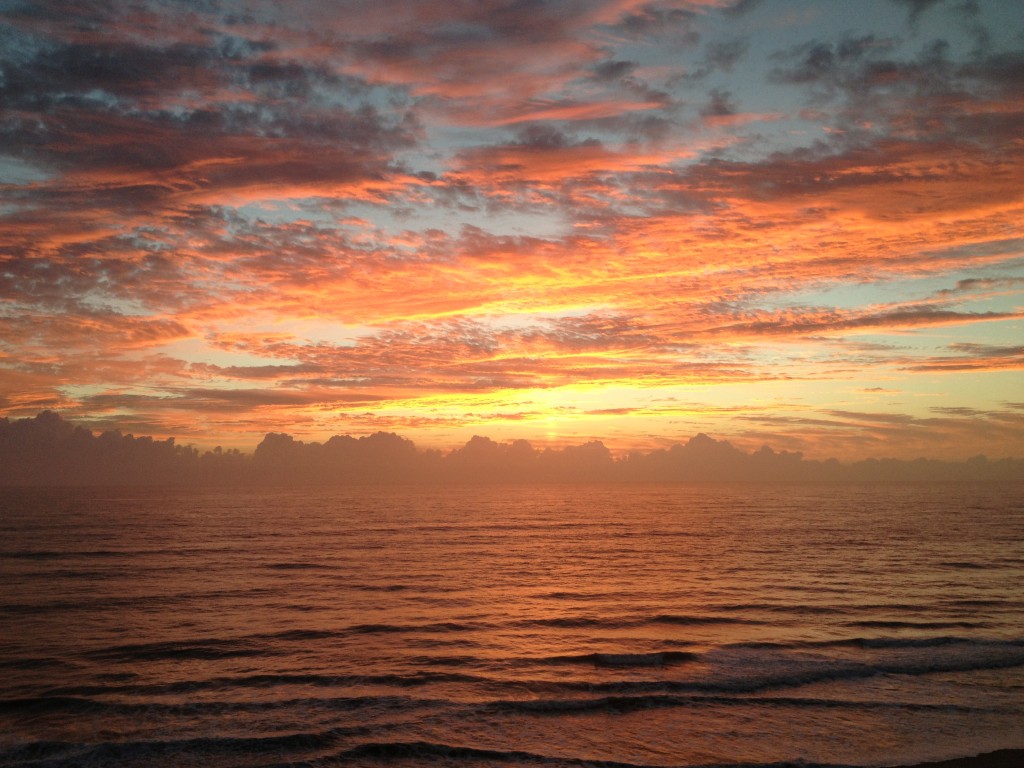 You’ll probably still feel small if you stand next to Aaron Barrett, too. At one point I looked up from my phone, and there he was. Said I was glad to see him, and wished him well on the rehab. He wasn’t at yesterday’s drills, but he did somewhat participate in today’s (at least the warmups). His part of the “pitcher covering home” drill involved bringing cups of water to the other pitchers. 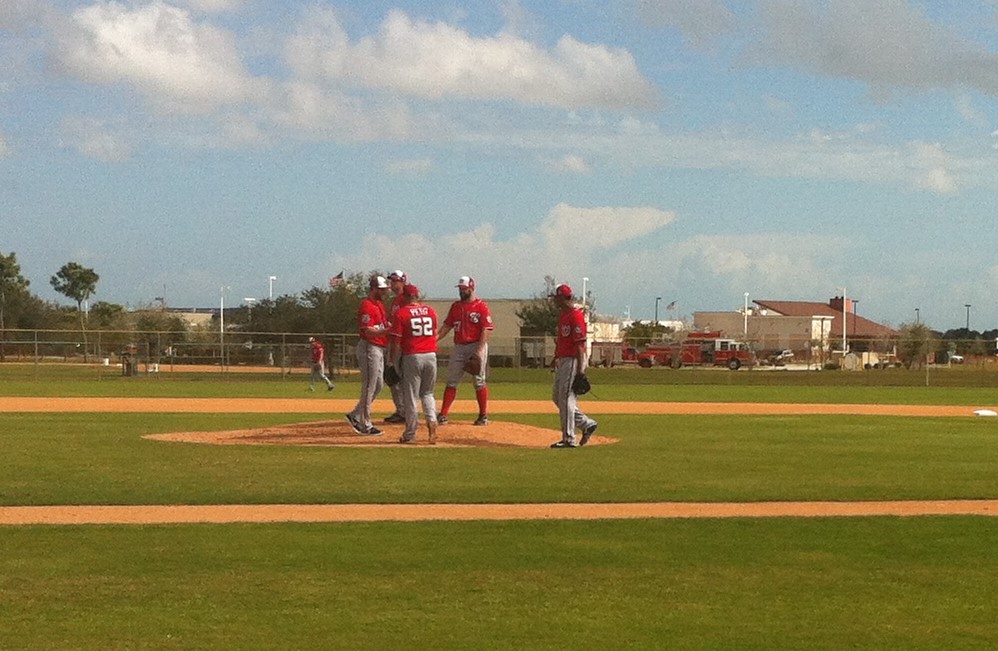 The team is definitely getting their $30M worth from Scherzer. He runs out every drill—shouting as if it were a real game situation. But don’t give him the air horn for the “change positions” signal: did you know that if you squeeze it right, it will make rude noises? 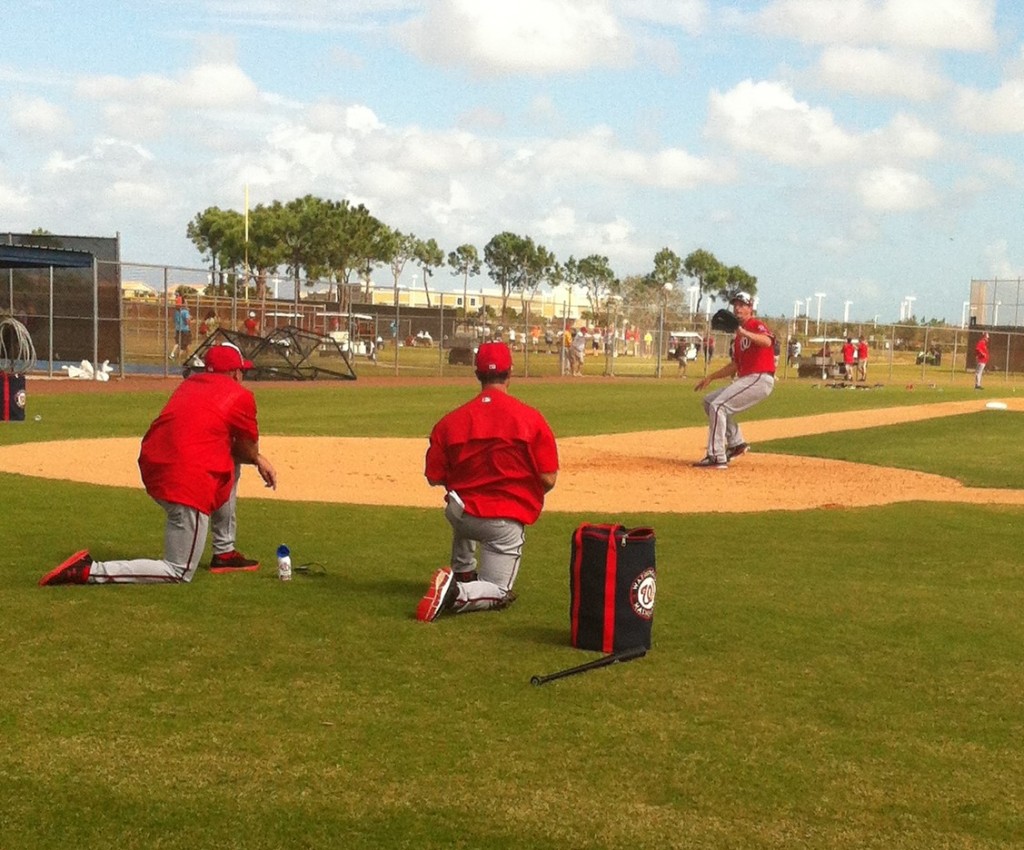 For those wanting to know, Pap and Roark rode over together directly from the stadium. The cart pulled up next to us. Spouse: “Morning, gents!” Roark: “Good morning.” Pap: {nod}. Spouse (to me): “Hey, I got a response!”

I noticed that Lobaton stopped to do some autographs on the way in this morning. Arroyo stopped to greet a fan wearing a Cinci Arroyo shirt. More fans, fewer media, fewer Nats staff in the pen than yesterday. Fans: five or six kids, less than a dozen women, total maybe a bit over 50.

Watching the calisthenics this morning, I focused in on Gio: which is more than I can say for Gio and the exercises! Half the time he was half an exercise behind the rest of his group, or he was chatting with someone in the next line, or a coach, instead of the “follow the leader” motions he was supposed to go through. Gio had also figured out how to do the stretches by only touching his fingertips to the grass instead of his whole hand. But he and Pap walked together from the exercises to the pitching mounds together chatting like best buds. To the surprise of no one, Loby catches Gio, and Ramos catches Stras. 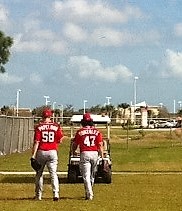 As I’ve said, I’m a fan, not a scout: but I think the second round of pitching was more intense than the first round. There was an official camera there, and I really thought Stras was throwing harder. Perez digs a little hole in front of the mound before he starts pitching. Look at his foot position in the photo (thanks, spouse). Afterwards, Solano gave Arroyo some advice. Perez got some advice from Maddux, then attaboys for the improved pitch. Loby gave him some advice, too, while spitting sunflower seed shells on the mound (don’t ask, it was all in Spanish, but based on the motions, it was about the arm slot). 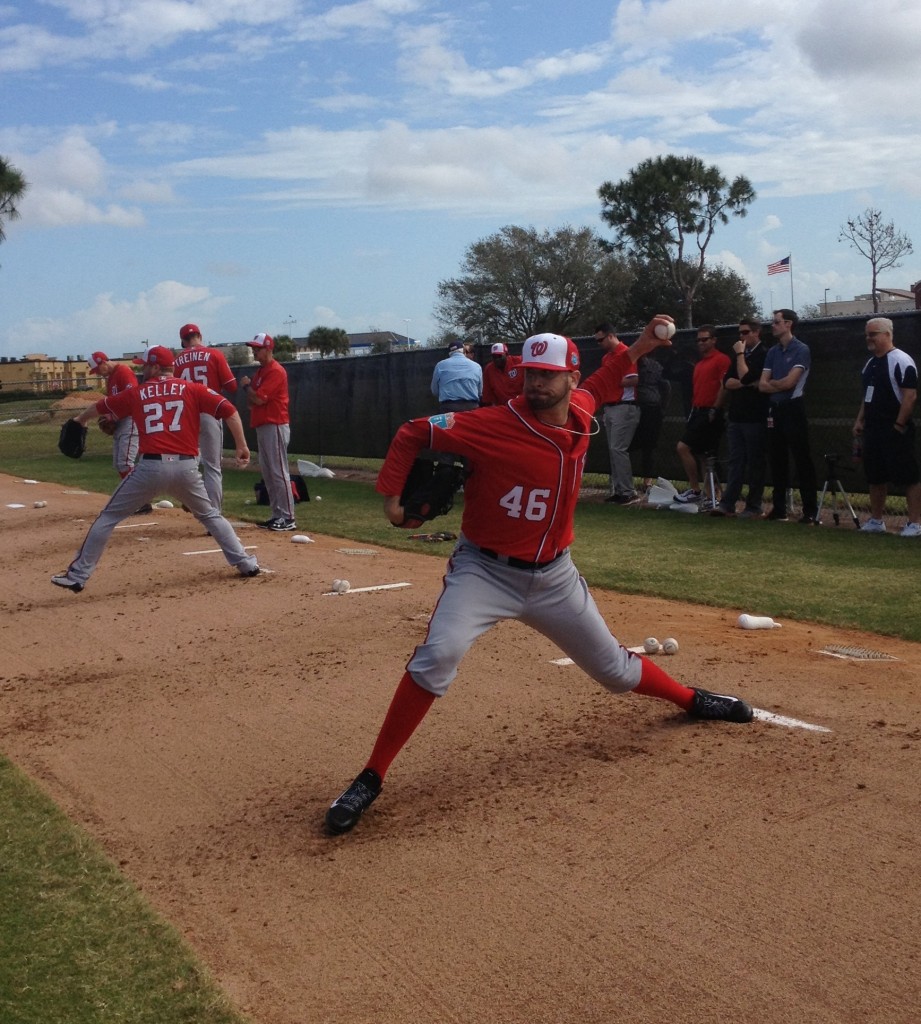 Maddux spent a lot of extra time with Treinen. After the other pitchers in the group had finished, he moved over next to the catcher to watch from that angle. After the first pitch was a bit outside, he said “what, are you worried you’re going to hit me? If you hit me, I’ll charge the mound.” 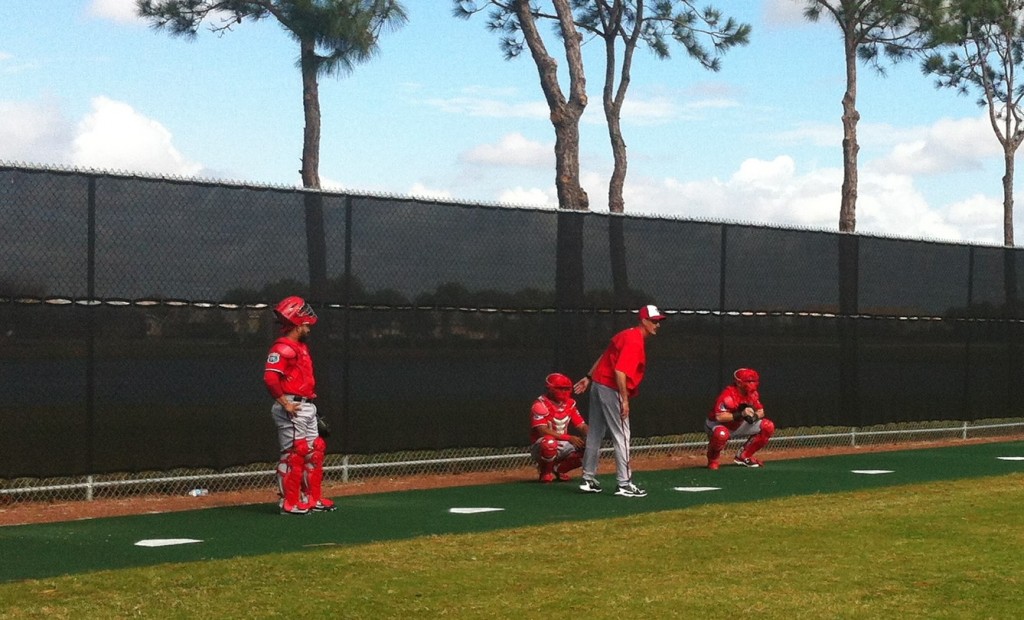 Watched the catchers repeating their fielding and hitting drills. Kieboom hit another one out (of a larger field), but the blocking drills were, well, wince-producing. Solano does seem to be the best of the lot at smothering balls in the dirt: maybe his size makes it easier to get down in the dirt? Kieboom probably comes in second among the five on the roster: notice how flexible he is in that photo. Oh, and one of the coaches announced to everyone that he’d completed his step goal for today, per his Fitbit.

That’s Kieboom blocking a pitch, with another catcher at 3rd doing a pickoff drill.

The guys in the yellow shirts deserve a shout-out. Who are they? Local retirees hired for the training: they hold the strings that make the corridors for the guys between the fields, open the rolling gates for the players, gently keep the fans on the right side of the fence, chat with the fans (“notice that all the ‘money’ pitchers are in that group”), offer rides on the carts to the disabled fans (even back to their cars in the lot) and make sure the kids get an occasional loose ball.

I had a chance to chat with one of the Ramos family (the one who takes the photos/GIFs for Wilson’s Twitter). So I had a chance to thank him for the inspiration (hey, if I used both hands, I can pick up one of the weights Wilson uses. I couldn’t DO anything with it, but I could pick it up!) Oh, and I scored a pair of bat earrings made from a Ryan Zimmerman bat (Susan at the gate knows the guy who makes them).

Stopped by the team store. It’s open, but definitely not fully stocked—because there were boxes everywhere, either full, empty, or folded up. The UPS truck was pulling out as we pulled in. We may try again at the end of the week, or wait for the next trip.