Nats get all arbitration eligible players under contract for 2016

The Nats had 5 arbitration eligible players at the beginning of the week and Wilson Ramos agreed to his deal quickly followed by Anthony Rendon, Stephen Strasburg, Ben Revere and Danny Espinosa.

This was the tweet (below) earlier in the week from Bill Ladson that all arb-eligible players formally filed for arbitration.  Today marked the day that the agents and teams would exchange figures in case there would be an arbitration hearing in February.  Rizzo worked swiftly and there will be no “Jerry Blevins” situations this year unless Rizzo trades for a player set for arbitration and decides to head to a hearing.

The payroll and salaries are set.  There will be some slight changes to the salary levels for players with less than 3 years of service. 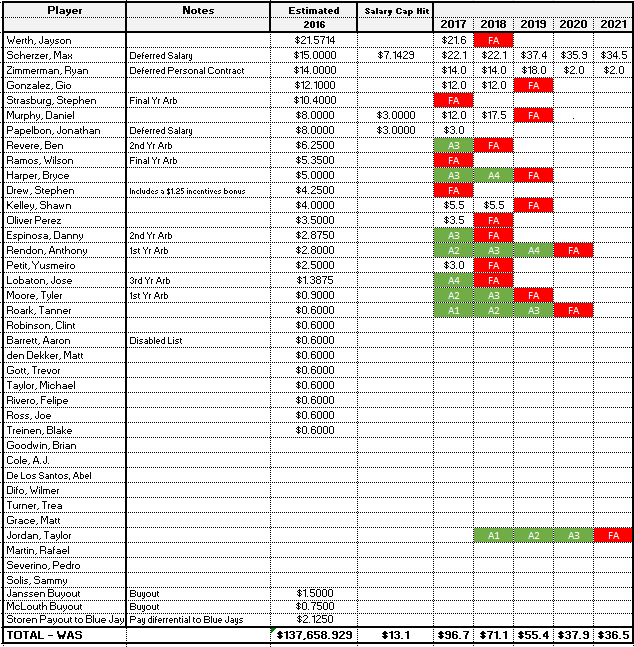 This is also important that Drew Storen agreed to go under contract today with the Blue Jays at $8,375,000 which should make the cash part of his trade with the Nats set at a little over $2 million cash going back to the Blue Jays.

#BlueJays and Drew Storen avoid arbitration at $8.375m, per source.

We also must say that today is “Hat Day” which wouldn’t be complete without Bryce’s cap with a salute to the Curly W hat! 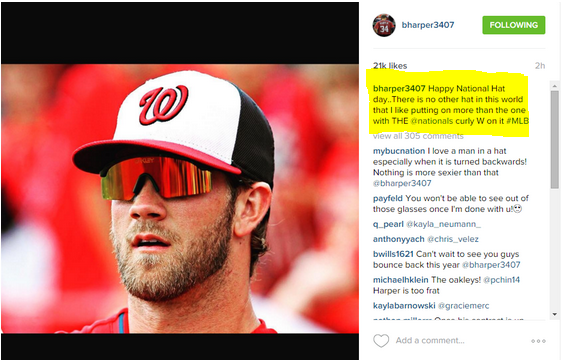 This entry was posted in Analysis, Harper, Revere. Bookmark the permalink.
← Previous Article | Next Article →