As news is trickling in about Spring Training, the official date for pitchers and catchers to report is February 18th.  The Nats released this great graphic to mark the dates for us: 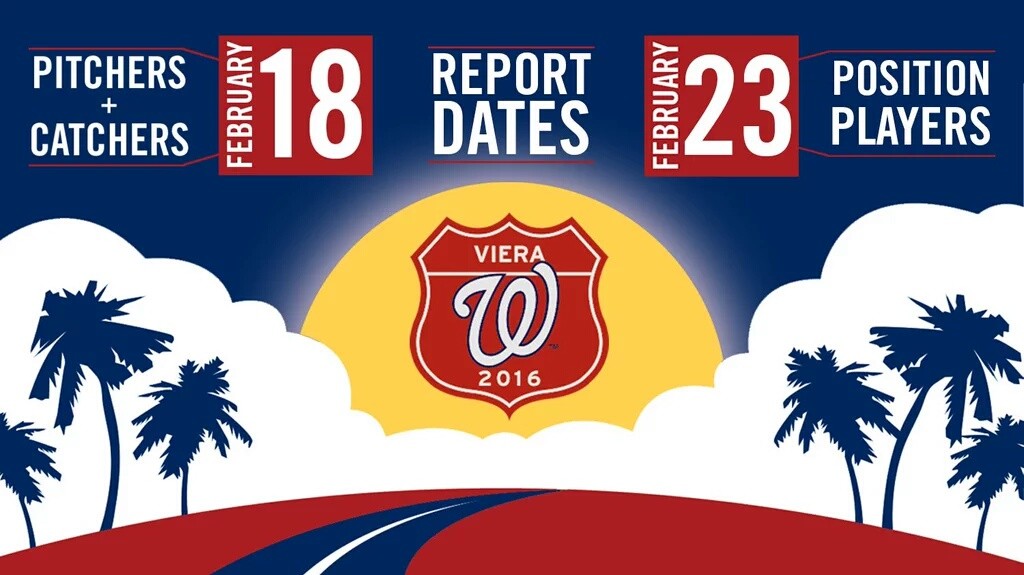 Our great people at Image Works Creative created this great graphic! Thanks for everything you do for us, and loved the Bryce Harper quote!

Many thanks to @ImageWorks & @scmargenau for the amazing job with https://t.co/QvuReJGMND blog site & this graphic: pic.twitter.com/20IVtq9cuj

As we wait for the Nats radio team to announce their Spring Training radio schedule at 106.7 FM, we received MASN’s TV schedule in Grapefruit League action which includes 5 games in Florida and 2 games in April at Nats Park.

Davis and Hill both cleared waivers and were outrighted to AAA with Spring Training invites.

Relievers Erik Davis & Taylor Hill, who were both DFA'd last week, were outrighted to Triple-A. Both get invitations to MLB spring training

The first of the Nats arbitration players, Wilson Ramos, accepted a 1 year deal at $5,350,000.  That leaves the newly acquired Ben Revere and Strasburg, Rendon, and Espinosa remaining for arbitration.  Everyone left on that list are Boras Corporation clients except for Revere.

Have you ever wanted to be a Racing President? Tryouts are this weekend!

Nationals to Host Racing-Presidents Tryouts on Sunday: The team is looking for people to fill the… https://t.co/W7sQChMzzy | @wcp

Bryce Harper is now a New Era cap ambassador. He appears in Rolling Stone magazine to talk about it.

Bryce Harper on killing his hair and why remaking 'The Mighty Ducks' would be a dumb idea https://t.co/NIybaK0DZo pic.twitter.com/n6i9pGCkmH

We will see Lucas Giolito in Spring Training in Viera.  This past week, Giolito was in the DMV and a star at the Rookie Career Development program as the kid everyone wanted to meet.

Really enjoying the Rookie Career Development program out here in VA! Learning a ton… So far an awesome experience!