Lots of different notes to go through this weekend on Dusty Baker, the training staff, and the health of Denard Span, and whatever happened with managerial candidate Dave Martinez.  Lastly, what’s Bryce up to?

Long before “In Rizzo We Trust” was born and the Nats existed, there was “In Dusty We Trusty” shirts created in Wrigleyville in 2003. Time to get creative for 2016.  How’s about “Dusty Isn’t Rusty”?  or “A Baker’s Dozen” for when you score more than 12 runs? Ok, we will leave the slogans up to the t-shirts makers. 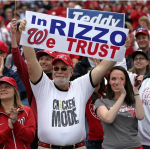 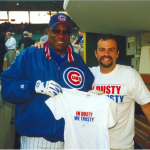 TalkNats Has A Photographer

We hired a credentialed staff sports photographer, Sol Tucker,  who will contribute to our blog at no cost and we couldn’t pass up that price. Now we have to see if we can get the Nats to issue a daily photo pass. 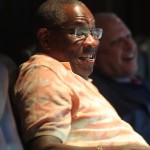 This image (insert) will be used a lot by us with Dusty (toothpick in mouth) and his eyes closed and Mark Lerner laughing in the background. You have to wonder if the joke told went something like this, “There once was a Mets pitcher…”

There were other pictures taken by our photographer of Dusty at the Wizards game and Sol Tucker took a photo that Dan Steinberg of the WaPo DC Sports Bog called “The Painting” which is a tribute to The Last Supper painted by Leonardo da Vinci. Steinberg tweeted out that photo:  https://twitter.com/dcsportsbog/status/662291173344718849

Sometimes you don’t even remember when you wrote weeks ago something that comes back to be prophetic. Dodgers have now been linked to Kapler, Martinez, and Bud Black.  Strange that the comment included Bud Black who we knew at that time was a Nats finalist.

Would be interesting if any of those 3 turn out to be Dodgers’ finalists.

I heard earlier that they had already internally discussed Gabe Kapler and they all like him but they will interview others and Dave Martinez would be a great fit for them. I would think Bud Black out of the NL West would be attractive also.

The Training Staff and where is Paul Lessard?

We have been writing since October 28th that the Nats got Paul Lessard but there is only crickets.  Where is he and why hasn’t he been announced?  There was a brief mention by Dusty Baker at his Press Conference but it didn’t appear that he said he was hired and there was no official announcement.  Did Paul Lessard need to pass a physical himself before his Free Agent contract could be made official 😉

Based on the tiny bit of “inside” information I have, it was health risks, not Boras. Maybe Boras was an additional factor, but I’ll go out on a limb here and say that was not the deciding factor. I’d be glad to see him back on an incentive-based contract.

Frequent commentor Laura Peebles aka ArVaFan with that tidbit.  That certainly made sense but thinking Boras had to play a part in the final decision to not QO for Span. 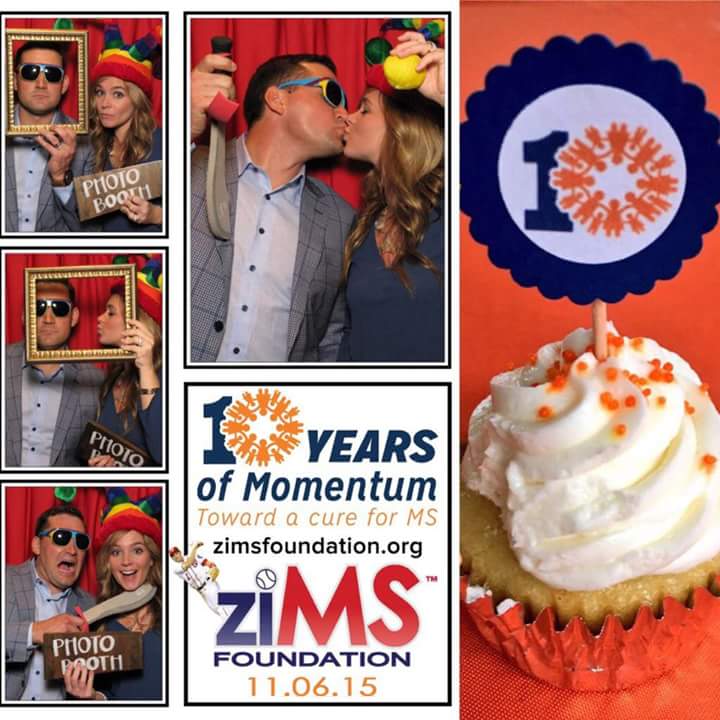 Bryce is keeping us up-to-date with his life this off-season. 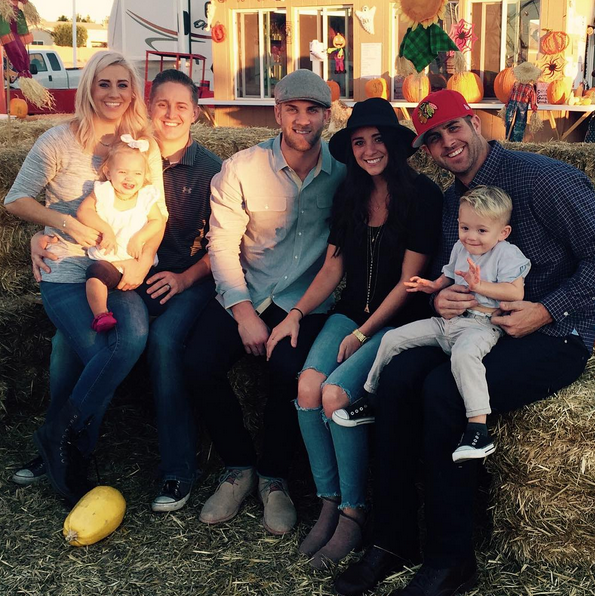 This entry was posted in CoachingStaff, FreeAgents, NewsAndNotes. Bookmark the permalink.
← Previous Article | Next Article →