Counting on too much upside could be a recipe for disaster on a team! 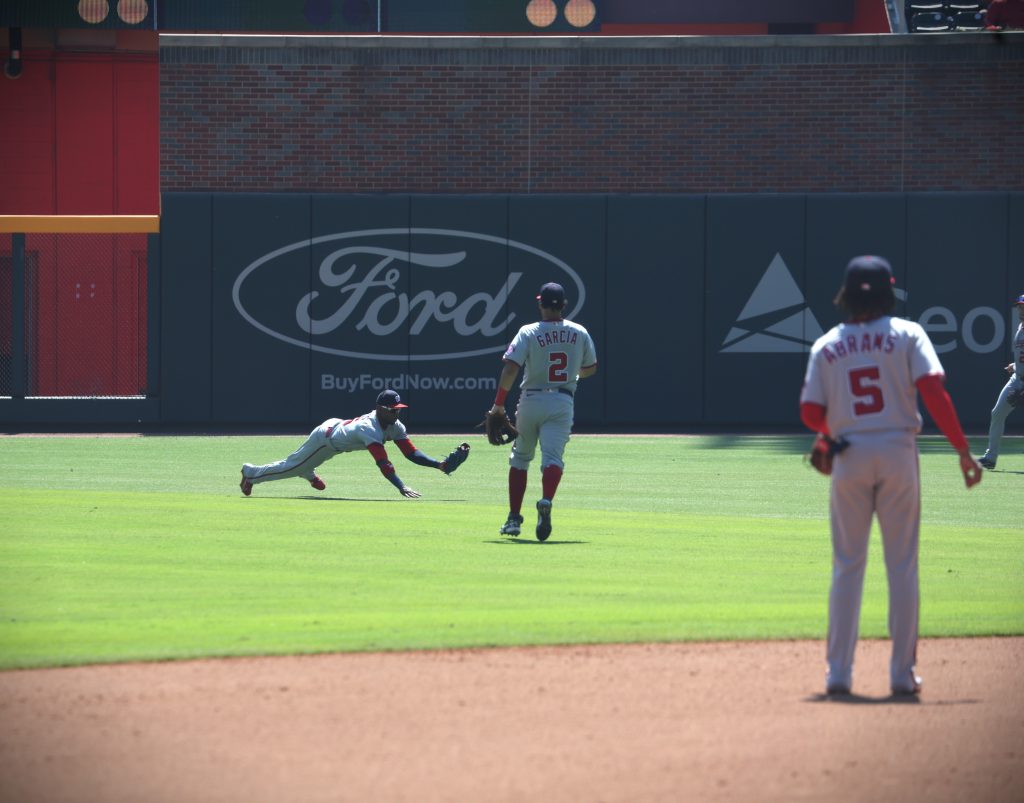 Counting on too much upside could be a recipe for a disaster on a team! As Washington Nationals‘ general manager Mike Rizzo added veterans to the roster recently, they are all coming off of down years. The odds are, that not all of them will have bounceback seasons, and Rizzo has no illusions of grandeur. He will look good on some and not so good on others. Jeimer Candelario, Dominic Smith, and Corey Dickerson were all added by the Nats on MLB deals, and last year they hit .217, .194, and .267 respectively.

Staying optimistic on those three aforementioned players is what you do in the offseason, but when disaster strikes like it did last year with 42 year old Nelson Cruz , fans immediately turn to what [the bleep] was the G.M. thinking when he signed a .226 batter to a $15 million contract?  By the way, Cruz signed this year for a reported $1 million with the Padres.

Rizzo has long maintained that veteran players on down years return to their career norms like water that finds its level. Rizzo also likes to quote the trusty back of the baseball card for players to return to career averages. Well, rivers go through long droughts and baseball cards fade if left out in the sun for too long.

“The guys that we have in the lineup have done it before, big back-of-the-baseball-card kind of things,” Rizzo said. “These guys have all done it [before], and we expect them to play up to their potential and not do more than we expect them to do but play up to their potential. If they do that, we’re gonna score enough runs to supplement our good pitching, our good bullpen — and win a lot of games.”

Now if Candelario and Smith return to their career .730-ish OPS numbers or better, they will both help this Nats’ team win games. If they return to their OPS seasons of .872 and .993 respectively that both produced in 2020, they might both be All-Stars. And in addition to the new signings, the Nats are hoping for Victor Robles and CJ Abrams to hit to their potential.

And it is not just the hitters that the Nats need to return to their best form, the team needs Patrick Corbin to find that 2019 form, and Josiah Gray to pitch to what they saw when he first came to the Nats.

Yes, there is going to be a lot of wishing and hoping and -ifs- with this current roster. Going by today’s projections on FanGraphs, they are expecting Keibert Ruiz and Abrams to tie for the team lead with a +2.6 WAR. That is not a big stretch for Ruiz who was a +1.7 WAR in 112 games last year, but Abrams in his first year was a -0.2 WAR in his 44 games for Washington. FanGraphs is projecting some regression for Joey Meneses this season, and that is expected after you finish with a .930 OPS. FanGraphs projects Meneses at a .779 OPS for the 2023 season. For most of the players, FanGraphs is projecting positive contributions.

Here is what a Nats lineup could look like today against right-handed pitching:

Here are some roster possibilities as players are less than a month away from meeting in West Palm Beach for Spring Training:

There are a lot of contenders there for the Comeback Player of the Year award. Who will make the team as the 26th player and why? Who will be this year’s biggest positive surprise?

If you want some good news towards the future, look no further than today’s Baseball America Top-100 rankings. The Nats have four players in that Top-100. This is Baseball America’s first re-ranking in 2023.

Looking at those top prospects, consider the Nats have three more players in Brady House, Jarlin Susana, and Cristhian Vaquero just outside the Top-100.

I would describe all three as pretty close at this point.

Add in players in the current MLB core with MacKenzie Gore, Abrams, Ruiz, and  Luis García, and you see quite the nice grouping of players at age-24 and under in the Nats future. Plus, the Nationals will be drafting at the №2 spot in this year’s draft and should come away with a player that will impact this team for years to come. Right now it looks like the Nats would draft either Dylan Crews or Chase Dollander. They are the top two names in the draft as of now, and of course that could change, and the Pittsburgh Pirates pick first in the draft and might take one of them. This year’s pick will only deepen the Nats’ prospect pipeline.

The right draft pick would give the Nats at least six years of team control and hopefully be as impactful as former top picks like Stephen Strasburg, Bryce Harper and Anthony Rendon. Each of those Nats’ drafted stars were also quick to the Majors as even Harper had a year of college experience coming into the draft.