Many thanks to all of you! 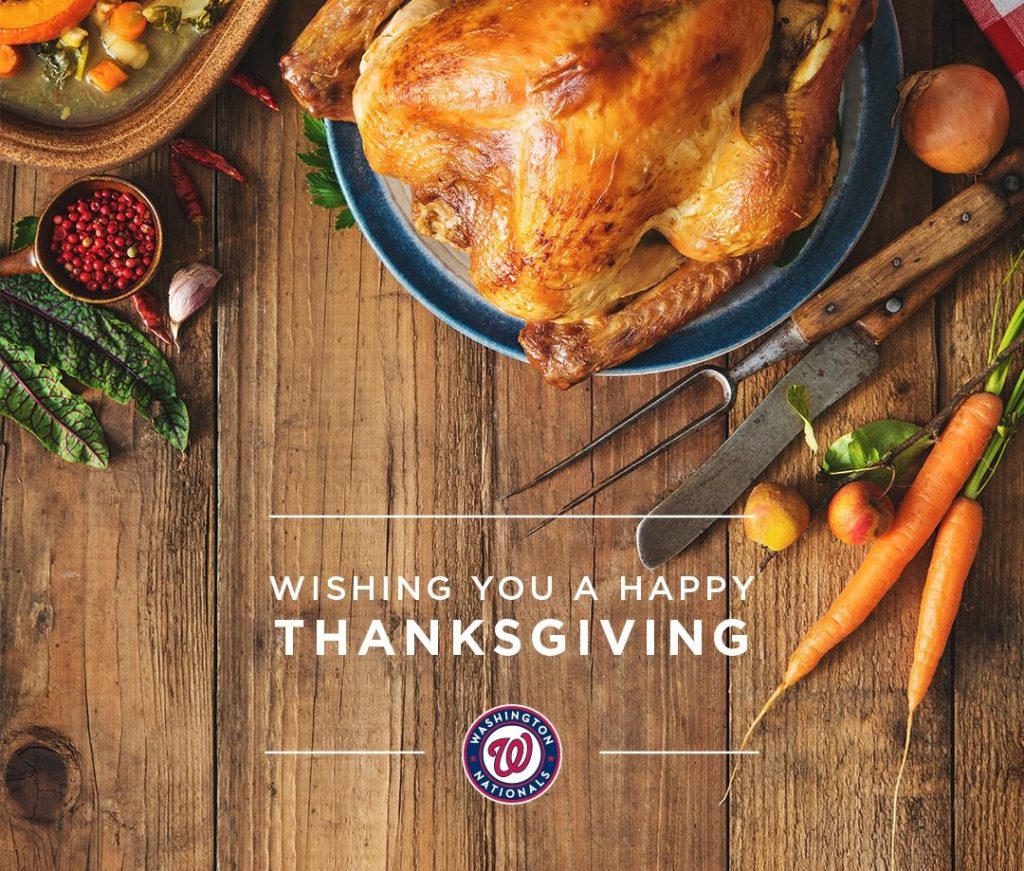 Going back to the beginning of where this site began, and very humble beginnings. There’s that funny theory that questions whether a falling tree in a forest really makes noise if there is nobody around to hear it. The same could be said for a site as to whether it exists if nobody reads it.  Thanks to you all, we get read and shared, and have become a thriving baseball community centered around the Washington Nationals.

The “Going Deep With The Nats” site that we created in 2015 was an idea that became a reality because of the encouragement of so many of you.  The emails received from Mike “Mustang” Smith asking us to start a blog and Don H. aka Zmunchkin was the brains behind the tech side, and Ray and Laddie and MrsB and so many others who jumped in to get us started and spread the word.  Our promise was a moderated and interactive site and let your voices heard, and we delivered on that and have never deviated from that even with the bots that have thought they are so clever.

When the workload to keep up with the site became overwhelming, it was Andrew Lang and Scott Margenau and the team at Image Works Creative that took over a built the current site that we have been on for seven years now. Andrew and Scott make sure that all of the work is done behind the scenes so we can write and have great discussions. It was Scott who came up with the name TalkNats.com along with the logos.  Sitework is a constant, and we couldn’t have done it without Scott and his entire company of dozens of techies.

Then the dozens of you who take their time to write from Sao to Forensicane to Stever to Laura to NatsFarm and dozens more who have added great content so we have a starting point to each discussion. Thanks to Sol and Marlene for the great photography. . The TalkNats’ social media has been thriving too, from such cool people like Baseball Momazon to NavyYardNats to EGV to Powerboater to Nats Rally Mullet to the Mr. National and The Nats Report.

We thank our sources for believing in us and trusting us with their information.  We’ve now been quoted by MLBTradeRumors on so many different stories, and several in the national and local media.  How can we forget that day when the Washington Post said Bud Black was hired, and we put out there that it was not accurate that there was a “snag” in the contract negotiations, and the Nats were moving on. Here was our first mention on MLB Trade Rumors in 2015:

We thank the players of the Nats and their family and friends for being a part of coming here and reading what we have to say. As we found out through the years, not everyone agrees with everything in the comments section, and that earful we got from Sam Clay’s brother was about someone’s comment. So yes, we know players and their families read the articles and the comments too — and it’s mostly been positive. It also seems that general manager Mike Rizzo gets clips of some of our writings like this one that he said that he had read. It’s always nice to get some optimism among the general doom and gloom. Why not keep it positive? We have baseball which is supposed to be fun!

Enjoy all of what Thanksgiving is about which is as American as baseball! If you’re traveling, safe travels, and eat well, and enjoy with your family and friends. For me, I will be here.

Thanks to all of you as you heard our tree fall in the forest.