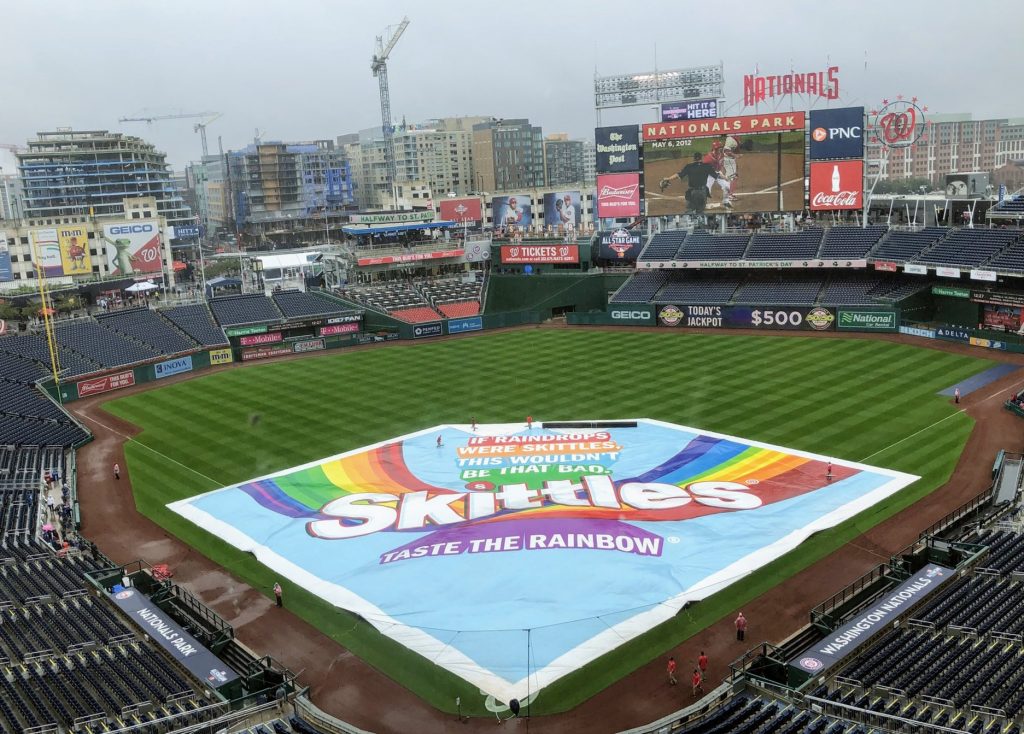 The all too familiar sight of the tarp on the field. See if you can follow what happened to today’s originally scheduled doubleheader. With the remnants of Hurricane Ian heading to Washington, D.C. they decided on Thursday to make today a single afternoon game and make Friday a split-day/night doubleheader, but last night’s game was rained out. So here we are again back to another split-day/night doubleheader. Once again, things do not look good on the weather forecast right now.

The Washington Nationals will try to continue their role of spoiler, and today’s opponent is the Philadelphia Phillies. They hold a narrow ½ game lead in the loss column over the Milwaukee Brewers for the final Wild Card slot.  The Phillies had dropped five straight games before their win over the Nats yesterday to end that losing streak.