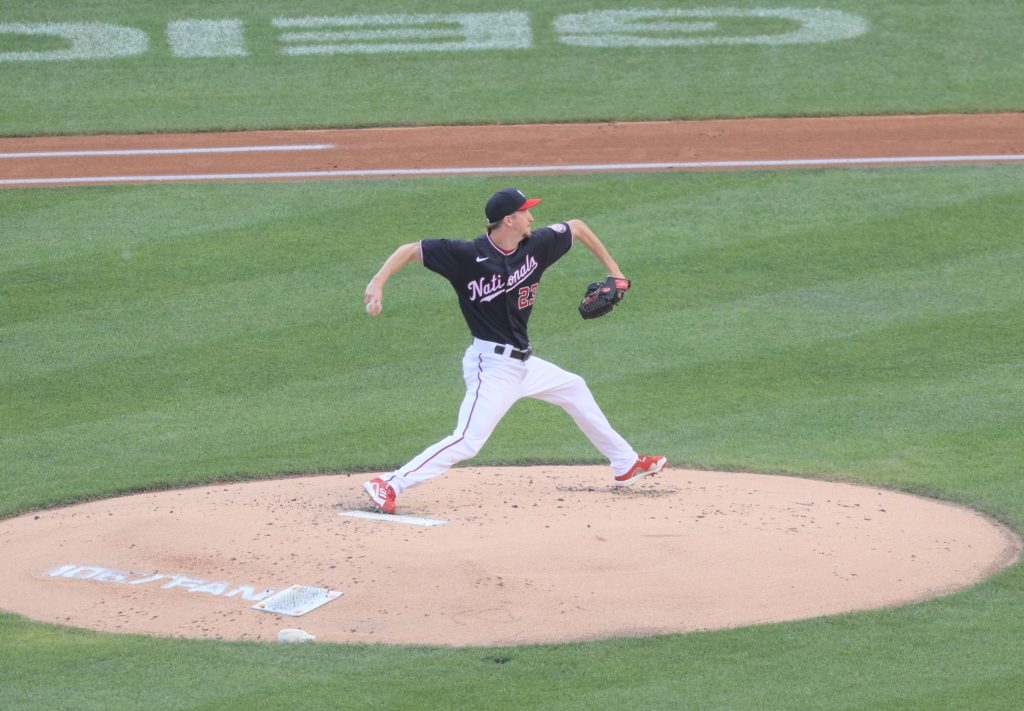 Have the words “hurricane”, “spoiler”, and “doubleheader” been used in the same sentence before? Mother Nature has once again created damage and wreaked havoc on millions of people. Hurricane Ian pummeled the west coast of Florida with it’s target on Ft. Myers, Florida which is the Spring Training home to both the Red Sox and Twins as well as hundreds of thousands of people who live there.

For baseball fans, this should really be a minor inconvenience in the grand scheme of things. But here we are, with no roof to close on Nationals Park and no control over the weather. Tomorrow’s doubleheader was reduced to an afternoon game with a preemptive move to make today a split-day/night doubleheader. Things do not look good on the weather forecast for after 4pm, truth be told.

The Washington Nationals will try to continue their role of spoiler, and today’s opponent is the Philadelphia Phillies. They hold a narrow 1/2 game lead in the loss column over the Milwaukee Brewers. All the Brewers had to do was to hang on to their 2-0 lead last night in the 8th inning — but their bullpen blew it. The Brewers had a chance to take over the final Wild Card spot last night with a win, and now need the help of the Washington Nationals. The Phillies have dropped five straight games, and they are a mess right now.

The scheduled starter for the Nats in the first game of the doubleheader is Erick Fedde and the Phillies have lefty Bailey Falter. The Washington Nationals have called up RHP Tommy Romero as their 29th man for this doubleheader. The team claimed Romero off waivers from Tampa in August. He appeared in three games for the Rays this season and his debut was not a good one. His third a final appearance was a perfect inning in relief. He pitched well for the Nats’ Triple-A affiliate Rochester Red Wings going 19 1/3 innings with a 2.33 ERA.

As of now, Romero is listed as the Nats’ starter for the second game of today’s doubleheader. Of course all of that is weather permitting.