Posted on September 24, 2022 by Garren Ouellette 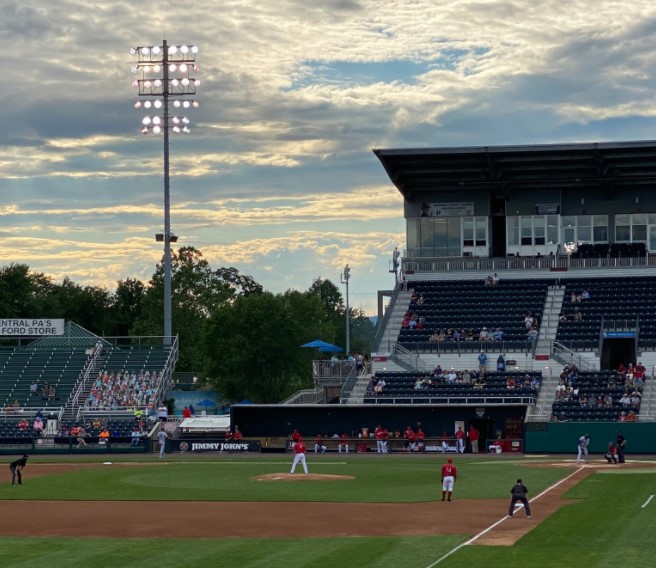 After the big trades that the Washington Nationals have made over the past couple of years, it is easy to look at just the big names in the farm system that is now loaded with six players in the Top-150 of all of the Minor Leagues. However, we must look for the possible hidden gems in the Nats organization. This player was drafted in 2019, in round 24. This would make him the 723rd overall pick in that year’s draft. His name is Jake Alu, and Nats fans, he is not playing like a 723rd overall pick. Alu can possibly be that hidden gem.

Alu was born in 1997 (25 years old) in Hamilton, New Jersey and played his college baseball at Boston College from 2016-2019. While he was in school, he had an overall batting average of .302. In his senior season, he had on OPS of .986. One fun fact about Alu is that in his sophomore season, he pitched 8.2 innings with an ERA of 13.07. Safe to say that was his last time pitching in college. Alu was a third/second baseman going into the draft in 2019 and that is where he has been seen this year between Double-A and Triple-A. His glove is above average at third base.

At third base, Alu led all of Minor League Baseball (infielders and outfielders) with 17 defensive runs saved, according to Sports Info Solutions. In addition to his 114 games at third base, Alu also spent time at second base (9 games) and designated hitter (6 games).

With Alu’s stats, he has been nothing but impressive so far in his minor league career. The guy just knows how to put bat to ball. To start the 2022 season, he was in Double-A with the Harrisburg Senators, here he was hitting .281 with an OPS of .830. He was having so much success he was called up to Triple-A for the first time in his career. Ending the season with the Rochester Red Wings, unless he is called up by the Washington Nationals, he has a batting average of .311 and an OPS of .890 over the course of 56 games. He has actually improved going from Double-A to Triple-A.

The left-handed batter has been compared on TalkNats to players like Dustin Pedroia, Marco Scutaro, Donovan Solano, and Joe Panik. Alu is just 5’10” and 175 pounds and most would look past him on the streets. For a baseball player, he might be short in stature but tall in what he does on the field. This kid is a grinder, and his contact is solid.

While it is fun to look at the top prospects the Nationals have, we cannot forget that the Nats already have some great players in their system. These players will have a chance to make a huge difference for the Nats in years to come.

Nats fans, what do you think? Are we excited to see more young players hopefully getting called up next week and next season?