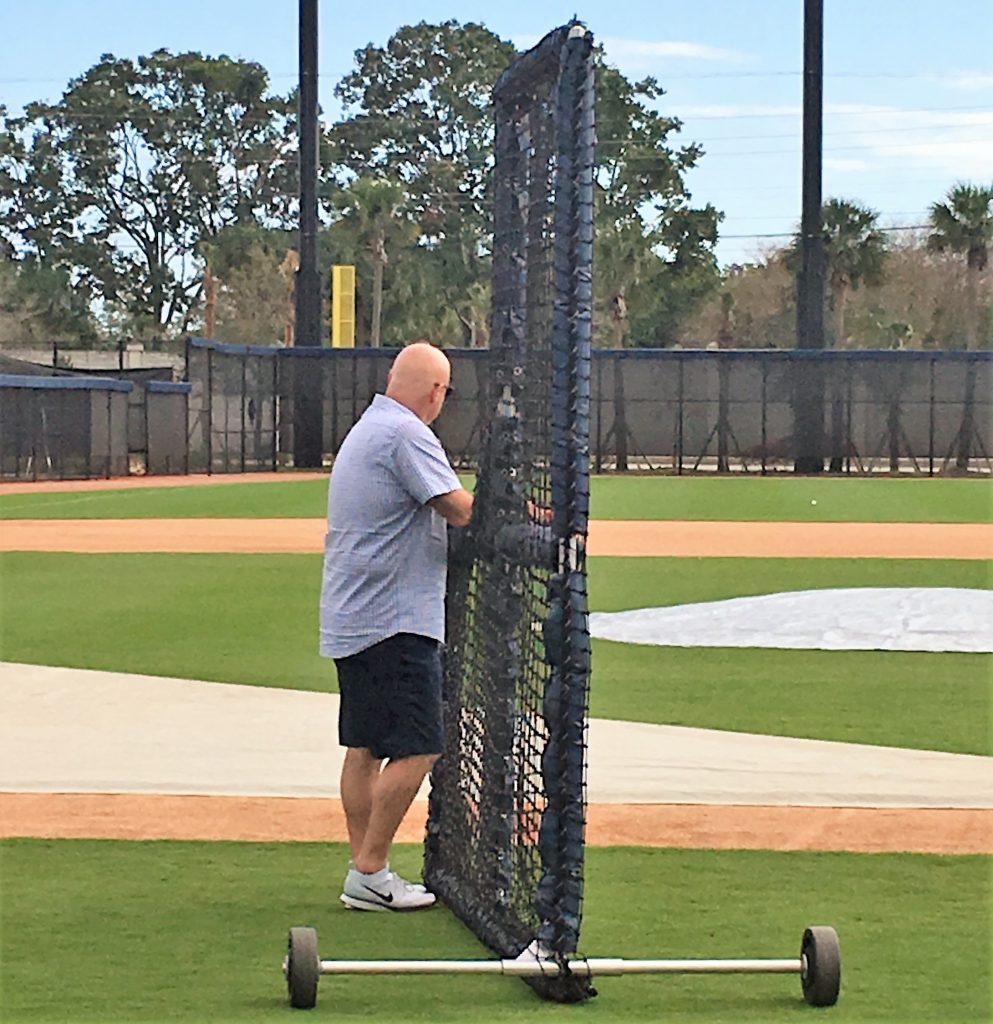 There are different thresholds of devotion of the baseball fan. The most obvious is continued allegiance in the face of losing. Then there is our shared level, which is continued engagement. As the calendar churns toward Indian Summer, however, most Washington Nationals fans might be tempted to drift toward other shiny objects, such as the winter sports and college football. After all, the MLB draft and trading deadline have passed, and indeed the Nats have made, apparently, all the major moves we are likely to see before the Hot Stove begins.

Or is there more to come? It’s August 29. And one of the things I’ve appreciated about Nationals 2022 is how much Nats’ general manager Mike Rizzo has turned over a failed roster without waiting for the off-season. I can’t remember a more opportunistic, more proactive player movement season. To me, it gives credence to his claim that he hates losing more than he enjoys winning. And with the Nationals transactions, and the evolution of the product on the field, I see that.

Already in recent weeks, the defense at the major league level has improved. And over the course of 2022, the bullpen has really, really improved. It’s awful to lose, but the eviscerating losses of last year are not happening in nearly the same numbers. So the team is bad, but less infuriatingly bad than at this point last year.

Three weeks ago, I highlighted the Glimmers You may not have Noticed , some of those players who have shined to the point, that they are not only being noticed, but rewarded. As we witness a Nationals organization that is not now moribund, but scrappingly, pluckingly, angling to return to competitive relevance, what can be done with the rest of 2022? Well, the Class-A Fredricksburg and High-A Wilmington seasons end on September 11, Double-A Harrisburg on September 18, and Triple-A Rochester on September 30. The Florida Complex League’s season finished up several days ago.

That’s weeks to over a month of games – in my mind, plenty of opportunity to slingshot into the fall with a lot more questions answered. Here are the opportunities I’d like to see exploited in the time left. This is not a set of predictions; rather, in the spirit of Ghost’s eagerly-anticipated ten checklist-priorities for the organization that he posts in the offseason, this is a list of what the Nationals as an organization can go a long way toward resolving right now:

But going a bit out of the box and setting up depth, I would promote Logan Verrett, who has been outstanding for over a month, and see what he has to offer as a starter. Down at AAA, I would keep stretching out Patrick Murphy, who threw four no hit innings this week, to see whether he can turn back into a rotation piece as he was earlier for the Jays. Put Tommy Romero back in the rotation in AAA and get a feel for him, just as we are the once- promising Daniel Ponce DeLeon. Get Evan Lee back into the rotation for the last month. And not to be forgotten, get Seth Romero back to AAA to see how he fares in the rotation and then, bring him to DC if he makes an impression. Clearly the team is still looking hard at Romero as a rotation piece, expecting 45-50 pitches from him in his next start. When people start to get promoted, I would move Corbin to the bullpen immediately and have him work from there the rest of the season.

If all things break in the right direction and the Nationals have a few new minor league graduates to fit in, I would shut down Josiah Gray as he has thrown more innings now than ever before and should use his time on working on side-session work.

This course of action would give us a lot more of a feel for the rotation depth the Nationals have to plan ahead with in 2023.

And once again there is Lane Thomas, his power and seemingly decent current run may be enough to solidify his own claim to a 2023 job, or just make him a better trade chip. I would rather him in the lineup than Victor Robles simply because we know what we have with Robles. I think the team is better served for the rest of the year with Robles on the bench and coming in to play defense in CF as Michael Taylor did at the end. Alex Call is up and should continue to get a chance to show what he has.

At the same time, there are talents at Triple-A who deserve a closer look. I know some folks are sick of Andrew Stevenson, but I remember his contributions, and he is a smart player who adds value in many ways, with occasional pop and has really upped his stolen bases this year. He is also a left-handed bat that is in short supply for current outfielders. I’d prefer to have him back up on the 40-Man instead of Josh Palacios, who does not inspire confidence to get game burn – it’s as if he is a Rule 5 stache — and give Stevenson a last shot to see whether he’s advanced his game amidst putting up strong Triple-A numbers.

As for Luke Voit, it’s a small sample size, but he is so meh that for whatever Voit costs, I can’t see a future for him in DC even though I know some think he is a future trade chip. He has to get hot to be in demand. But with Yadiel Hernandez who is now out for the year, and Voit will get his chances because of a lack of apparent depth. Right now, I’d rather hold onto Nelson Cruz for another year than more Voit, and hope he has an Albert Pujols rebirth. At $14M, which is a huge cost, but Cruz adds more potential value in my estimation and could possibly even renegotiate his deal for 2023 to a more team-friendly amount if face with his option being declined. I would keep Cruz around until season’s end and keep sticking him in the lineup in the hopes that he starts to ignite. If he is done he is done. But if he has anything left, he’s a power bat where there aren’t others to go around.

As for Fred’burg, a team in the playoff hunt, James Wood has earned the bump for a couple of weeks to High-A even as he is the only ex-Padre who has not been promoted since the big deadline trade. You might think that at Will Frizzell’s age and with his monster performance on Saturday, that a promotion might be overdue as he has had his 100 plus at bats at Class-A and hits like Scott Boras’ Drew Mendoza was supposed to. Jacob Young has played very well of late, is older, and is a realistic promotion candidate, too. Trey Lipscomb has made a big first impression and could get on a faster track upward as well in an organization with a clear horizon at the hot corner. The movement of outfielders opens things up for Roismar Quintana to get some extra work with the Fred Nats if he has any gas in the tank after a long FCL season.

While Mason Denaburg is petering out in the last days of 2022, and we hope he is healthy, we turn to all hoping for the graduation of Jackson Rutledge to his next level – though the taste of success may be the best thing for him to end the year on. Both of these pitchers were first rounders by Rizzo too many years ago.

Not enough such high notes – but still some to come, if we get everything we can out of the weeks to come. What are you looking out for, from where you sit?