C.J. Abrams set to be called up to Nats Park! 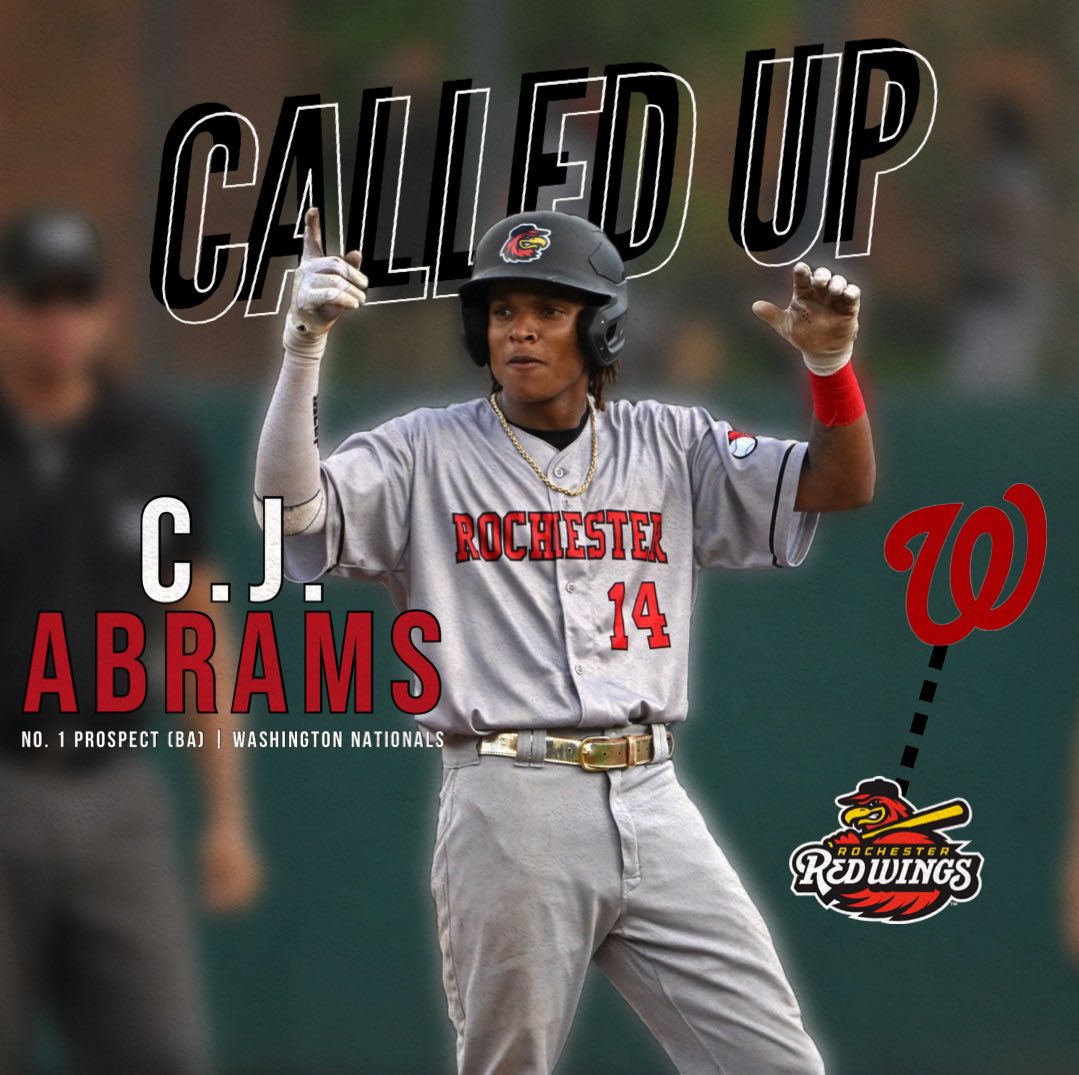 The first prospect piece, from the August trade deadline deal between the Washington Nationals and the Padres, is getting a call-up. That player is C.J. Abrams. We reported through a source this afternoon that Abrams, the №11 prospect in all of baseball per Baseball America, was to be called up if Luis Garcia was moved to the 15-day IL with a groin injury. Per sources, that should happen officially on Monday before the series begins with the Cubs.

This is still in play per a source of a C.J. Abrams call-up. https://t.co/l9Qv2gEic5

While Abrams should be a defensive upgrade over Garcia, it was a mixed bag on Abrams in his 252 2/3 innings that he logged in at shortstop for the Padres. He only had two errors in his time there, but his OAA at shortstop was a -2 with the Padres. Figuring 1,400 innings is a full season, if we extrapolated that -2 to a full season Abrams would be a -11 OAA. What we don’t know is whether he started slow in adjusting to his first season in the Majors and then improved.

In comparison, Garcia is a -13 OAA for the worst in the Majors and that was for only 503 1/3 innings. Extrapolate that for a whole season and Garcia would be a -36. That is mind-boggling on what the Nats front office was thinking with installing Garcia at shortstop which I personally was against when it was first mentioned. So yes, Abrams will be an upgrade on defense, and Abrams’ OBP of .285 isn’t far from Garcia’s .293. All-in-all, this should be an upgrade.

What we will get to see is Abrams in action and make some assessments. He is a player who could be part of the core of the future for this Nats’ team. In just over a week with Triple-A Rochester, Abrams hit .290 with a couple of doubles and four stolen bases. Abrams, 21, is four months younger than Garcia, and for both players, age is on their side in that they both should improve with age.

Also, we hope to see other players show their stuff like Joey Meneses has been doing. What we need are large sample sizes. Abrams could be the first of many players to get the call. We expect RHP Cade Cavalli within the next two weeks, and hopefully we will get to see LHP MacKenzie Gore who was also part of that blockbuster deal with the Padres. Gore has been nursing a sore shoulder, and he just began a throwing program this weekend.

Joining Luke Voit who was the one veteran player in that trade deadline deal, it is conceivable that Voit, Abrams, and Gore could all be up this season with the big club with just Jarlin Susana, James Wood, and Robert Hassell III in the Nats’ minor league system. Of course it is probable that some of them will be promoted sooner than later.