Posted on August 1, 2022 by SaoMagnifico 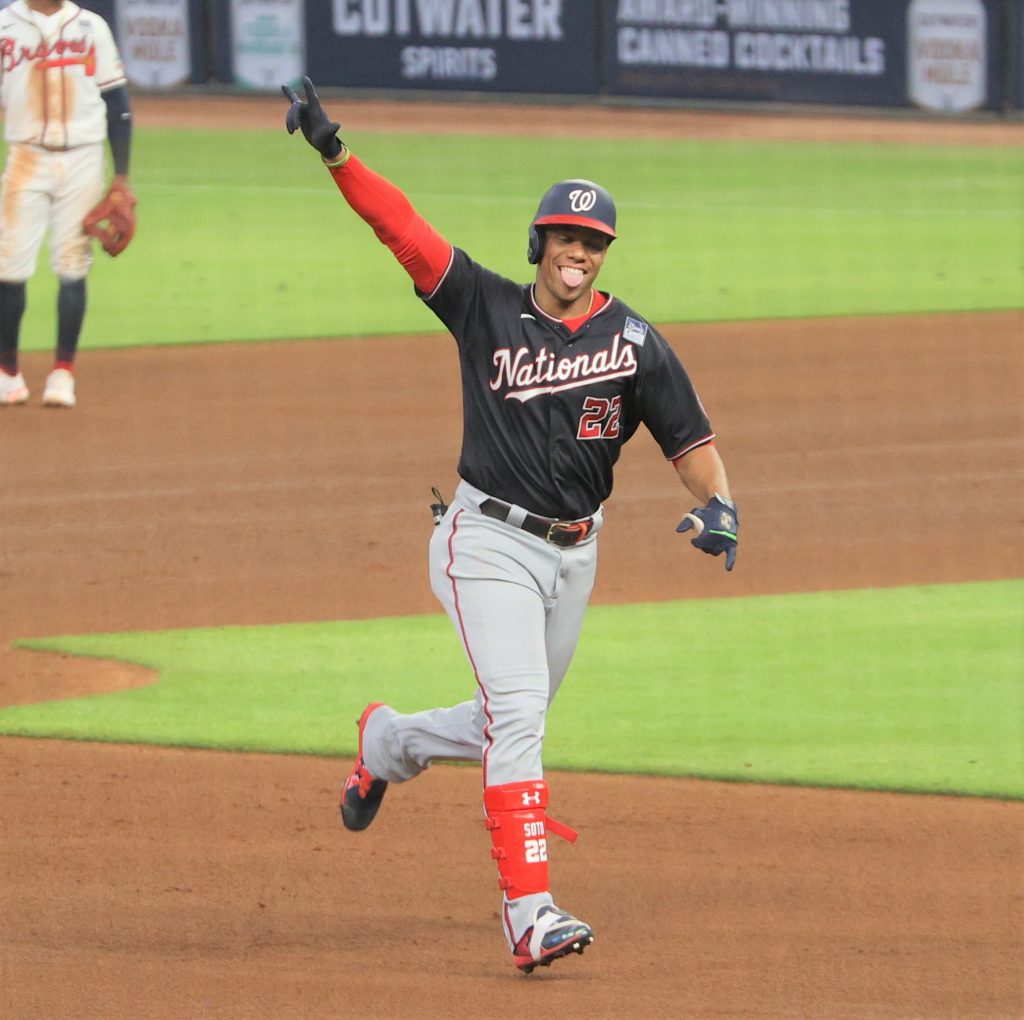 One way or another, we will know by 6 p.m. ET tomorrow where Soto will spend at least the next two months and perhaps much longer.

The 23-year-old superstar went 1-for-1 with a home run, three walks, a stolen base, and an outfield assist in possibly his last game as a Washington National. The Nats could choose to hold onto Soto at the trade deadline, although it’s heavily rumored that they are preparing to trade him for what would have to be a massive haul of prospects and/or young major league talent.

The favorites in the Soto derby are the Los Angeles Dodgers, the San Diego Padres, and the St. Louis Cardinals, all of whom appear to have the necessary pieces to pull off a Soto blockbuster as of Monday evening, on deadline eve. Nats GM Mike Rizzo might particularly covet the Cardinals’ top prospects, infielders Jordan Walker, Nolan Gorman, and Masyn Winn, but the other teams have tempting players as well. And there is, of course, always the outside possibility of a third team becoming involved in a more complex trade, or the fabled “mystery team” making a last-minute entry into the foray.

The Nats are expected to trade pending free agents like Josh Bell, Nelson Cruz, César Hernández, and Steve Cishek, assuming they can find buyers. For Bell, it should be easy. Cruz, Hernández, and Cishek, who have struggled in the red, white, and blue, may be more difficult to move.

Among other possible trade chips are reliever Kyle Finnegan and center fielder Víctor Robles, who are cheap and have some team control attached to them but have been more good than great thus far in 2022. The Nats aren’t under pressure to move them but could if a team wants them enough to make a strong offer.

The Nats have now played their last game together before the deadline passes, and they have already made one trade as of this writing, sending utilityman Ehire Adrianza to the Atlanta Braves for 26-year-old minor league outfielder Trey Harris.

This entry was posted in Soto. Bookmark the permalink.
← Previous Article | Next Article →