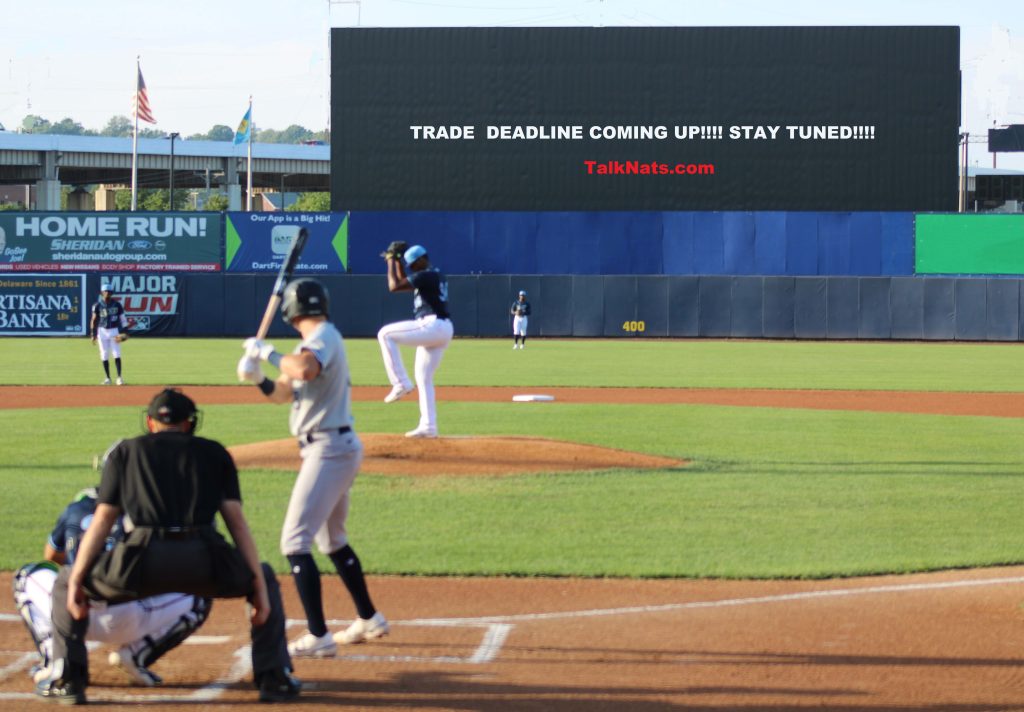 We are just three days and eight hours from the 2022 MLB Trade Deadline. If you believe the rumors, the Washington Nationals will trade both Juan Soto and Josh Bell by the deadline. The return on any trades of this magnitude could shape the future of this team. With the 29th ranked farm system, you already know that the Nats need serious progress in the minor league system.

With a depleted farm system and a poor Major League product, the goal here is to improve the minor league product at the expense of the near-term MLB product. That unfortunately is how it works. With any luck, the Nats will be much better for the future.

On the original scales of justice, Lady Justice wore a blindfold. Somedays, that is the optimal way to watch the Keystone Cops antics of our baseball team. But imagine those scales of justice as perfectly balanced between the poor MLB product and the weakly graded farm system. After the trade deadline, you move the weighting up on one side of the scale — and down on the other. It is the necessary evil of sorts here in the injustice of sports. You will always have winners and losers on any given day. In the end though in the sport of baseball, there is only one winner and twenty-nine losers. Does that make you feel better?

The point I made before is the MLB product was already a last place team with Soto and Bell, with the dubious distinction of holding the lead for the worst record in the MLB. So what does it matter if the means to the ends is building towards a bright future. The greatest builders in ancient times would describe the horrors behind the scenes of constructing an architectural marvel. Some call it the sausage method to forget how you got there. Dedicated fans will see a great finished product just like they did three years ago. It will get worse at the benefit of a much better farm system if all goes well.

The x-factor here is the player development system. It does not matter how many top prospects you add if you cannot improve the players. Of course with the revamped system under De Jon Watson, it is too early to tell if the system is improving, but early results are promising.

This entry was posted in Analysis, Feature, MikeRizzo, Prospects. Bookmark the permalink.
← Previous Article | Next Article →