What happens if Juan Soto is not traded? 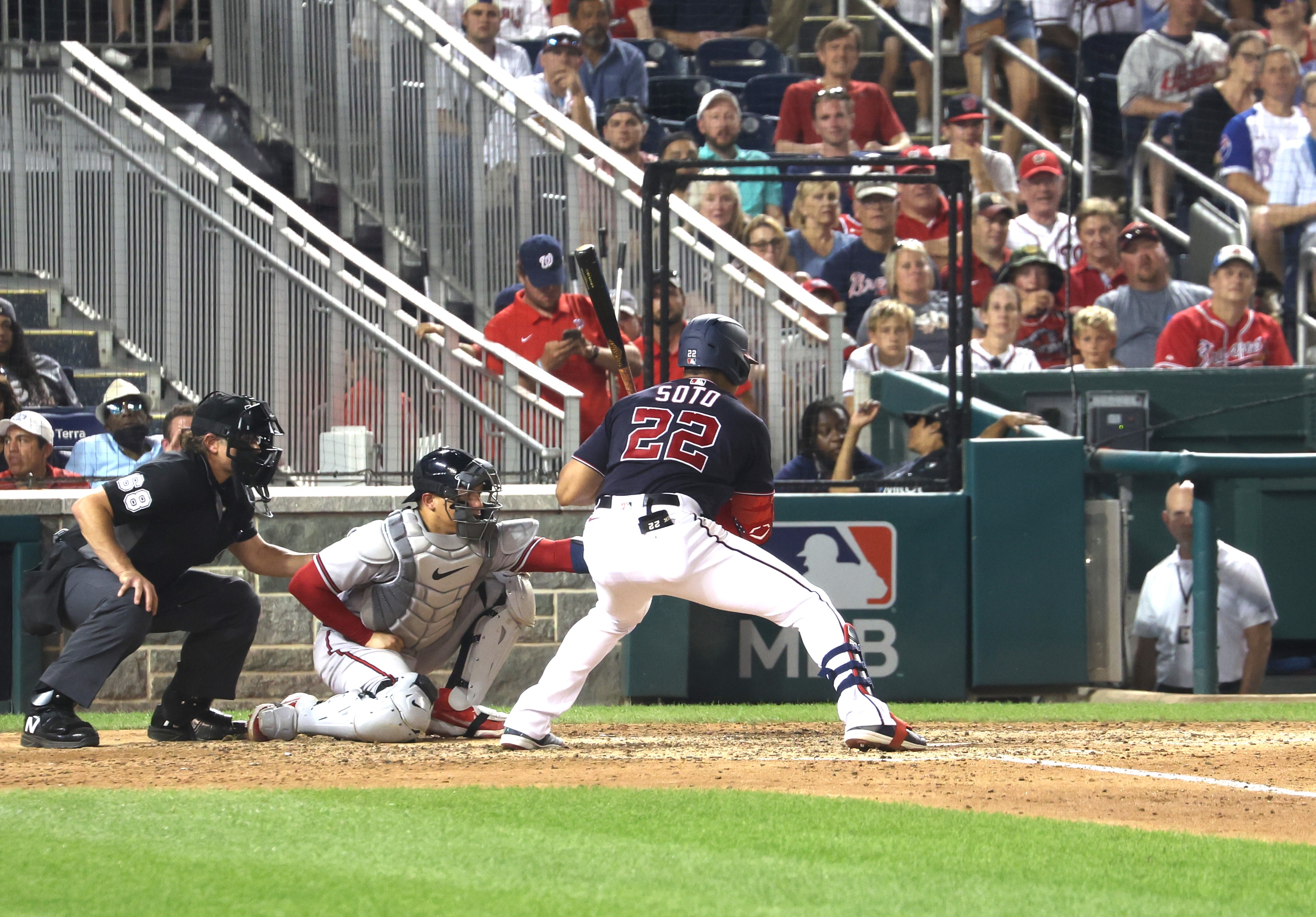 It is almost impossible to read the word “Soto” in any given website or social media without the uncertainty about his future when we are just ten days away from the MLB Trade Deadline. On the night of one of Juan Soto‘s worst games (0-4 with three strikeouts) that ended his 27-game on-base streak, Soto is coming off of almost a full month of a hot streak.

Even though the odds for Soto leaving the Nationals seems high — if you believe the reports, the scenario where a team trades for him before August 2nd looks like something that will only be happening with a mind-blowing return for the nation’s capital club. With teams like the Yankees and the Mets reportedly rejecting the Nationals’ demands for Soto, it gives you an idea of how much the Nationals are asking for his generational super star.

According to Ken Rosenthal, of The Athletic, he reported on Saturday afternoon that the Nationals are asking for a package of five players (a combination of top prospects and MLB players with at least 4 or 5 years of team control). Honestly, I was expecting more with all the buzz.

In a baseball world where everyone is trying to figure out where Soto will land, I have this opportunity to write about how Juan Soto found his way back to his hitting standards for my inaugural article on TalkNats.

On June 17, after going 0-for-8 in a doubleheader against the Phillies, Juan Soto was batting just .216, but he had a very respectable .364 OBP. It was the first time in his young career that after June 1, Soto had that a low of a  batting average and on-base percentage. He had never batted less than .260 and had never had an below a OBP .380 in any point in his career after June 1.

On June 14th, I interviewed Juan Soto and asked him if he identified what is going wrong with his approach and if his current slump (for his standards) has any similarity to his cold beginning in 2021. Soto told me that he did, that he was rushing in the batter’s box and when you saw his plate discipline numbers — the stats matched the eye test.

This is the Video Interview I did with Juan Soto  last month in Spanish:

By June 17, Soto was swinging outside the strike zone 18.6% of the time, an increase from his 12.2% chase rate in 2021. He was also swinging less in the strike zone than in 2021 (56.4% vs 60%). On top of that, he was making more contact outside the strike zone than in the previous season (65% vs 56.4%) which usually leads to weaker contact. He was basically trying to hit the pitcher’s pitch and because of that, it was more predictable to neutralize him with those pitches, and he was also failing to square up the ball with pitches in the heart of the plate: 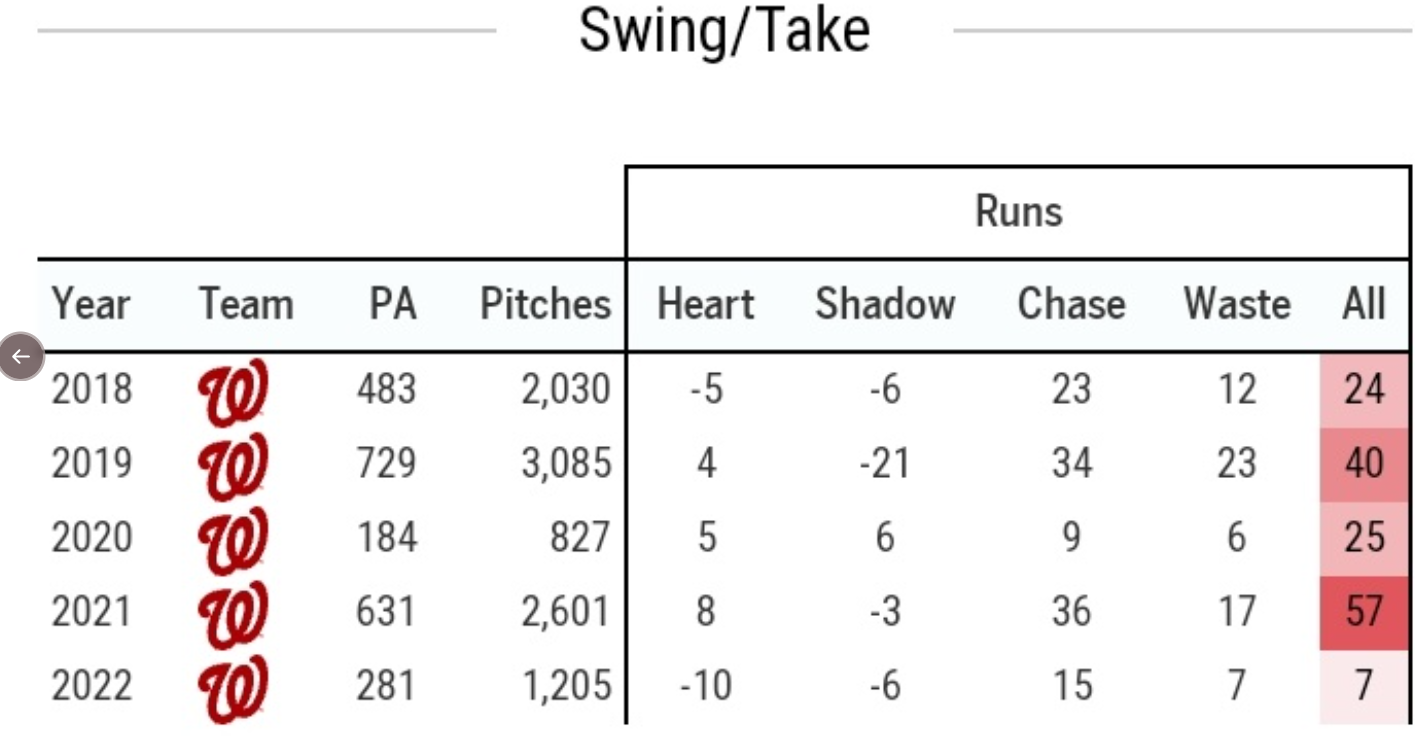 Things look clear with graphics or videos, so the next video of Soto striking out with a pitch in the middle of the strike zone is a pretty good summary of what I just wrote:

So, what has Soto been doing different to return to his normal version?

The answer is better swing decisions, hitting the ball harder and higher. Easy things to do, right?

In 116 plates appearance since that June 17, Soto had managed to rise:

2- His sweet spot percentage from 24.9% to 28.6%. The sweet spot classification quantifies that as a batted-ball event with a launch angle ranging from 8 to 32 degrees.

His 20 runs added from swing/take decisions in the chase zone are the best in MLB. That tells you how much Soto improved on the pitches he had seen in that part of the plate. In this regular season, Soto sees a pitch in the chase zone every four pitches or 25% of the time, which is above the MLB average.

It’s so hard to predict if Juan Soto is going to be a Nationals player on August 3rd, but if that happens, his trade value could be higher than right now despite his future team is going to have half a season less under control because of the numbers he’s going to end the season with.