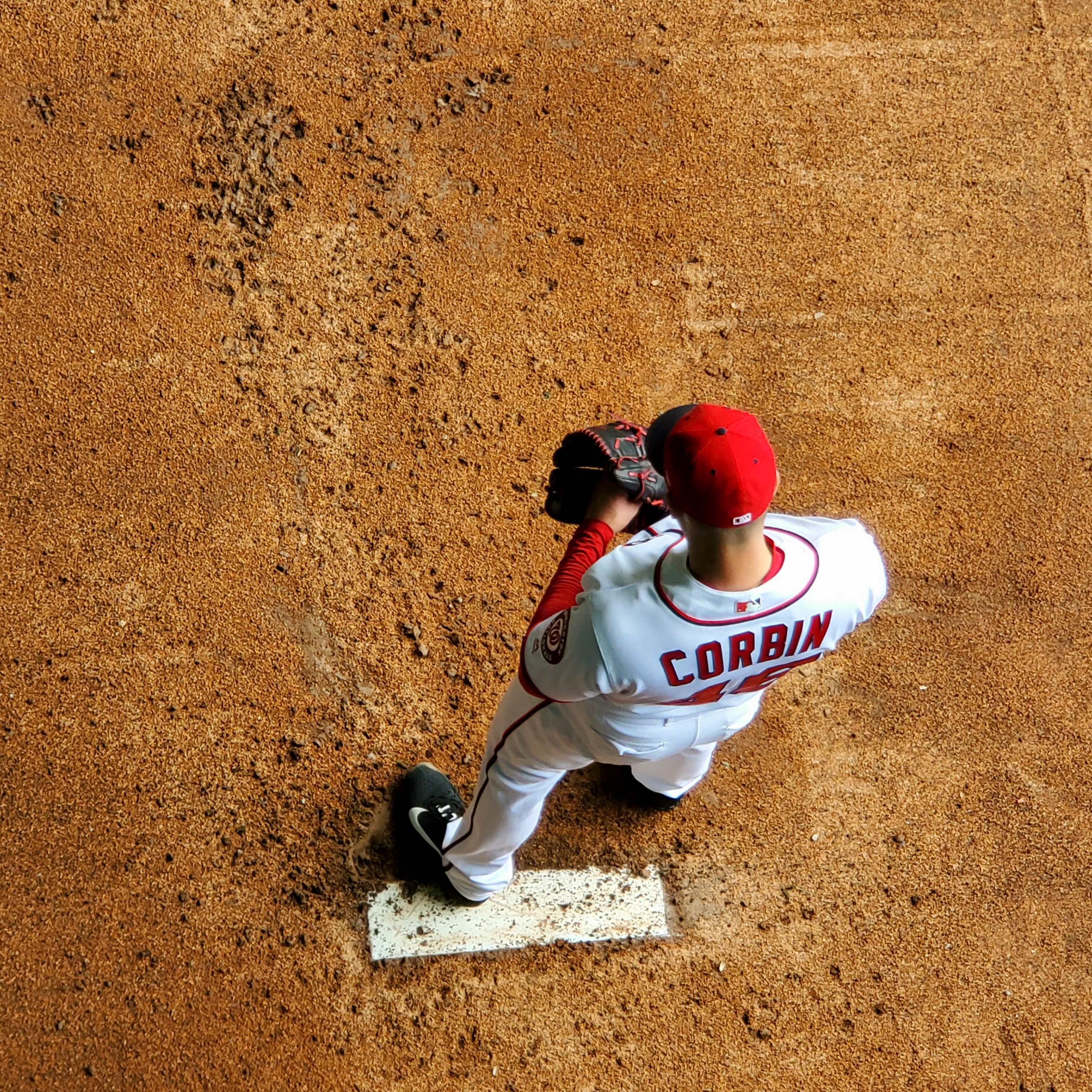 Did Jackson Tetreault inspire confidence in the Washington Nationals rotation? He was selected in the 7th round of the 2017 draft, and was never a high prospect in the Nats’ system and was never a consideration to pitch for the Nats as he was probably tenth on the depth chart — yet here he is. Why? Because it’s baseball.

An injury to Stephen Strasburg who literally got one shot before getting injured again on June 9 gave Tetreault his chance. His debut was a clunker, then he came out firing in his next start against the hungry Phillies. The righty held them to zero earned runs over 7.0 full innings of work in a 9-3 trouncing and a huge win for the Nats that ended an eight game losing streak.

“Every time I go out there — I’m expecting to win,” Tetreault said last week. “I believe I deserve to be up here. Whenever I go out there, I’m just trying to compete, and compete for the team. I’m super grateful every time Dave Martinez hands me the ball.”

To show it wasn’t a fluke, Tetreault went 6.0 innings in Texas and held the Rangers scoreless until an inherited runner scored as his only blemish. Since that June 19 start against the Phillies, the team is on a 6-2 run of wins that included that crazy game in Texas where Nelson Cruz‘s smash down the line was called foul and a replay was incorrectly denied by the umpires on the field in a 2-2 game with a runner on first base.

This rotation was never supposed to include Tetreault, Erick Fedde, and Paolo Espino, as Strasburg, Anibal Sanchez, and Joe Ross were supposed to anchor the rotation with Patrick Corbin and Josiah Gray. The bullpen was the place for Espino and Fedde, and Rochester was the destination for Tetreault to begin the 2022 season.

With Strasburg, Joe Ross, and Sanchez all on the injured list to start the season, Joan Adon and Fedde made the opening day rotation with Corbin and Gray. It just did not work until that game with Tetreault against the Phillies as he sparked a new confidence that “if he can do it, I can do it” mentality.

Last night, Corbin’s 12 strikeouts and one run over 8.0 full innings turned into his best regular season start since, wait for it, September 17, 2019, at St. Louis which was the last time the lefty struck out batters in double digits. The skeptics will say that Pittsburgh stinks, and while they are right, Corbin was nasty and dominant from the third batter of the game and forward. He was shaky to start his outing putting the first two runners on-base, then he settled down and K’d the next three to go on his way to the best start of the year.

“We had a really good slider tonight,” Corbin said. “And when you’re ahead, they chase a little bit more.”

In all, seven of Corbin’s punch-outs came via the slider. For those who know the lefty, the slider is his signature pitch going glove-side and biting down and in on righties. It looks like a fastball down the middle until the late break takes it under the zone. The 32-year-old had made batters look like fools rather consistently through 2018 when he took that success to free agency and signed that $140 million deal with Nats.

Of his 113 pitches last night, he threw 51 sliders (45.1 percent of his pitches) that resulted in 19 swings and 14 whiffs (73.7 percent) and that is just silly. He fooled the Pirates like he was the Varsity facing the freshmen team.

“He was good with everything,” manager Dave Martinez said after the game. “His fastball was electric. His slider was awesome. He worked ahead in counts. He fell behind and took one ball up for the home run, but other than that, he was money all day. If we get that every five days from Corbin, we’re going to be good.”

“Everyone tonight did a good job — defense behind me, Rainey came in and shut the door, and then to get a couple big runs there by [Yadiel Hernandez] late was huge,” Corbin said.

The team needed that from Corbin who last week was part of a humorous take from Fedde on the rotation, but Fedde said what most fans were thinking right before Corbin was set to pitch in a rainy game in Baltimore.

“I think Corbin’s up next. ‘Don’t mess it up dude because we’ve got a good [streak] going,’ ” Fedde said last week.

Well, in this Pittsburgh series, Corbin bested Fedde who got a no-decision on Monday after he gave up two runs over 5.0 innings. The competition is good between these teammates, and Corbin just set the bar high.

A year ago the Nats were in second place in the NL East and looking like buyers at the trade deadline. Baseball happens at you fast. Who knows what the future holds for this team, but all we know, and it’s good news, that this rotation since June 18 is the best in baseball in terms of ERA at a stealth 1.66.