Many Promotions in this Week’s Season Stat Leaders and the Team of the Week! 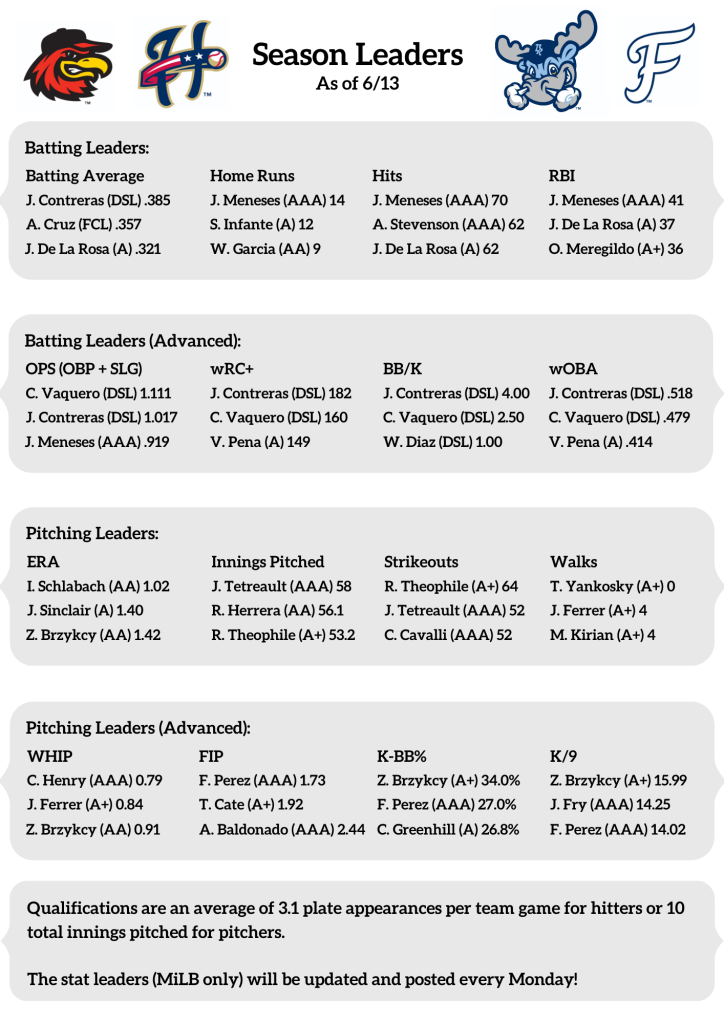 This was a big week between multiple promotions throughout the affiliates and the Dominican Summer League and Florida Complex League starting.

As you can see, the qualification for some non-counting stats will be very low for the players just starting in the DSL and FCL.

Wilson Garcia had quite the week, hitting four homers against the Bowie Baysox. He shot straight up to third most home runs in the system. 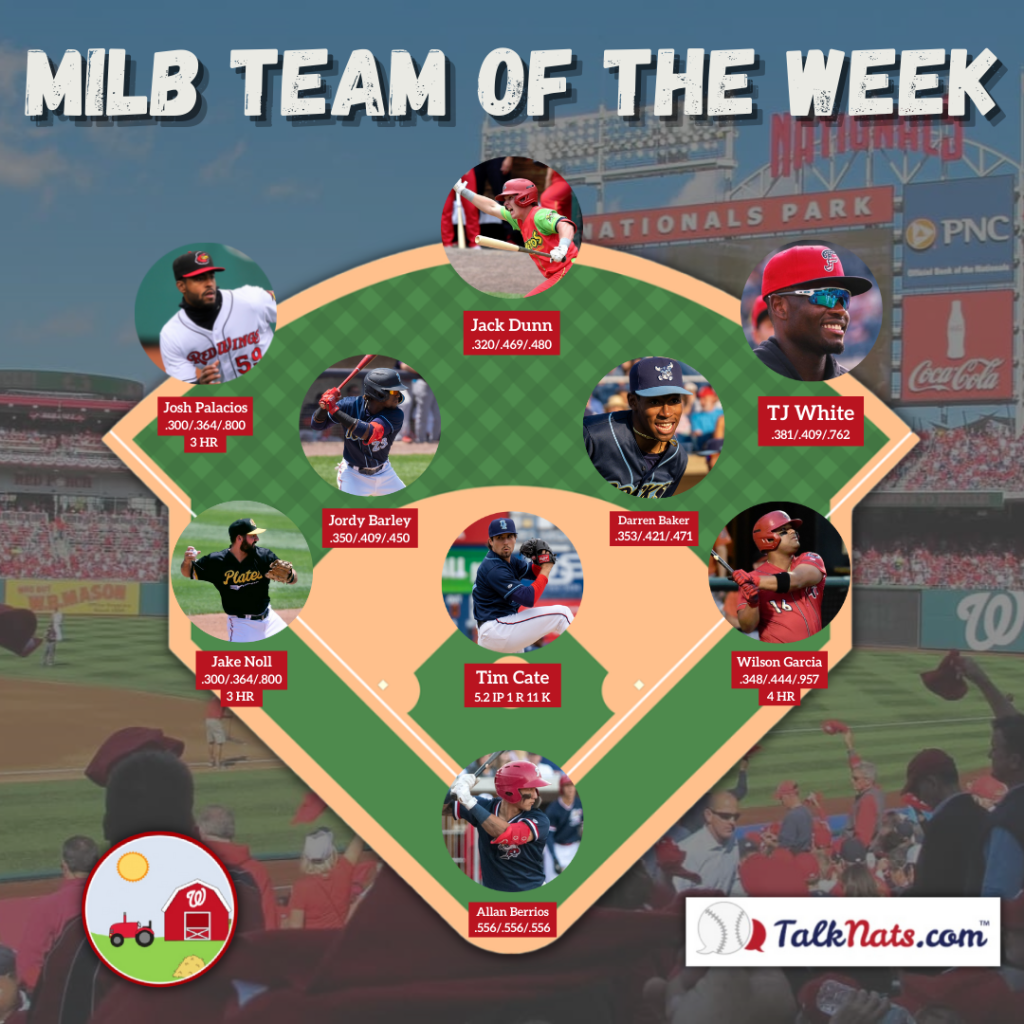 Here is the Team of the Week!

Tim Cate earned pitcher of the week for his 11 strikeout performance. He’s been great in his three starts and the former second rounder’s season ERA is down to 3.26.