Game #57 Nats open up a series in Miami! 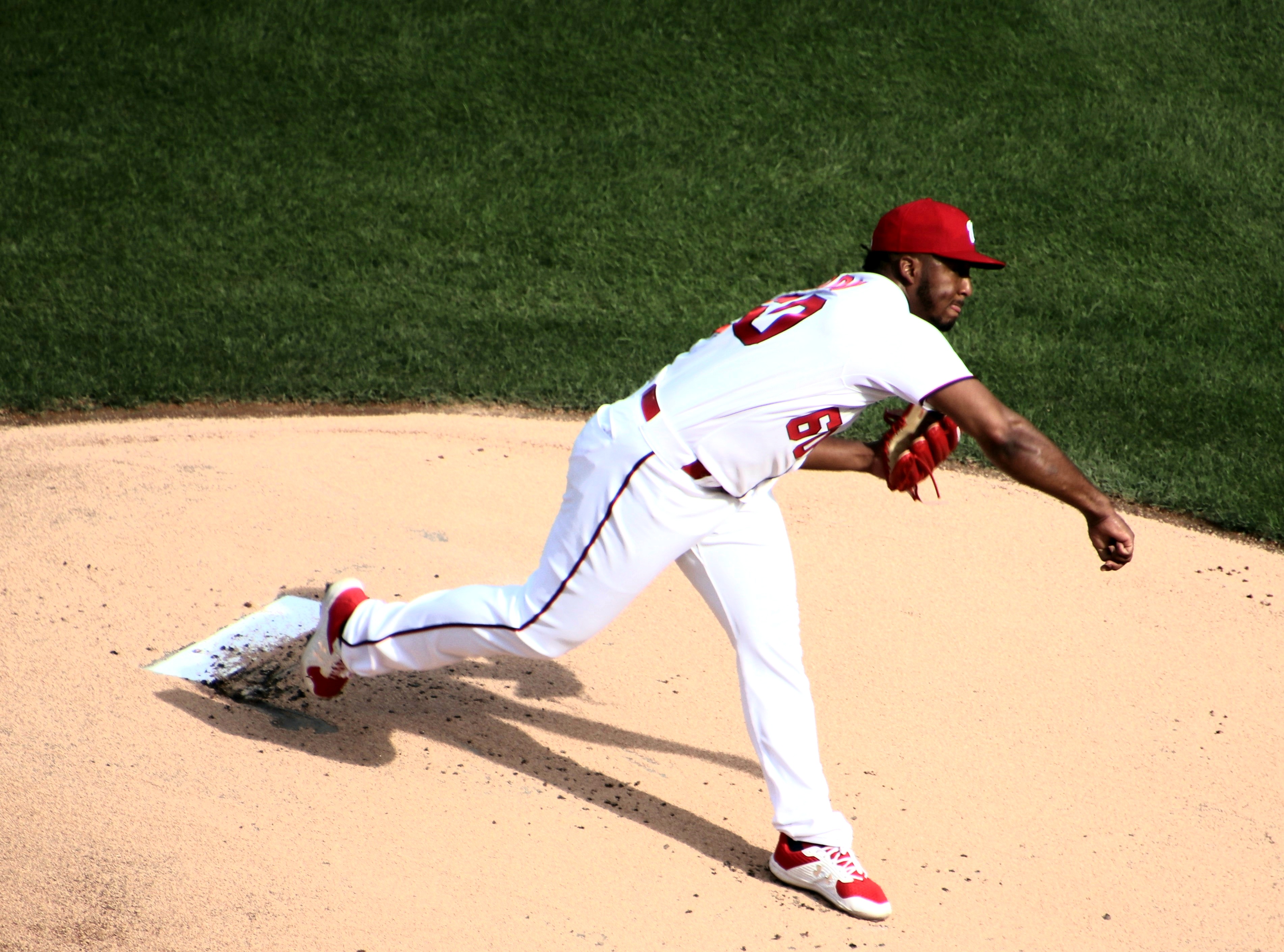 When a fastball pitcher gets to pitch in Miami, their odds are normally better to succeed in that pitcher’s park. This is a golden opportunity for Joan Adon. Normally a rookie with a 5.98 ERA would not get so many chances, but here Adon is getting another.

The Washington Nationals flew to Miami on a happy flight on Sunday, a three game winning streak intact, and a chance for a rare off-day on the road. The team made some roster moves yesterday and today.

Yesterday, the Nats reinstated Dee Strange-Gordon from the paternity list after the birth of his son, Dash, and the team place Victor Arano on the 10-day IL with a knee strain.

Today, manager Dave Martinez made it official what we reported yesterday that Stephen Strasburg would make the start on Thursday for his 2022 debut as we reported yesterday. He will not come off of the 10-day IL until Thursday. The team will have to open a spot on the roster and would expect a roster move with either Jordan Weems, Andres Machado, or Evan Lee to make room for Strasburg.

Breaking: Davey Martinez just made it official that Stephen Strasburg will come off the IL on Thursday and make his start. We reported this yesterday morning that this was dependent on his side session yesterday. https://t.co/f32Vs0EmS4

The team did reinstate Ehire Adrianza from the 60-day IL and he took the team’s 40th spot on the 40-man roster, and Lucius Fox was optioned back to Triple-A. Also, the Baltimore Orioles claimed Austin Voth on outright waivers from the Washington Nationals.

Before the game, Craig Mish reported that the Marlins had a closed-door meeting. Coincidentally, the last time the Nats were in Miami, the Nats had a closed door team meeting that Martinez called an informal discussion with his team.

There was  certainly a lot of news today.

We have a lineup! https://t.co/McqNMTmMhn