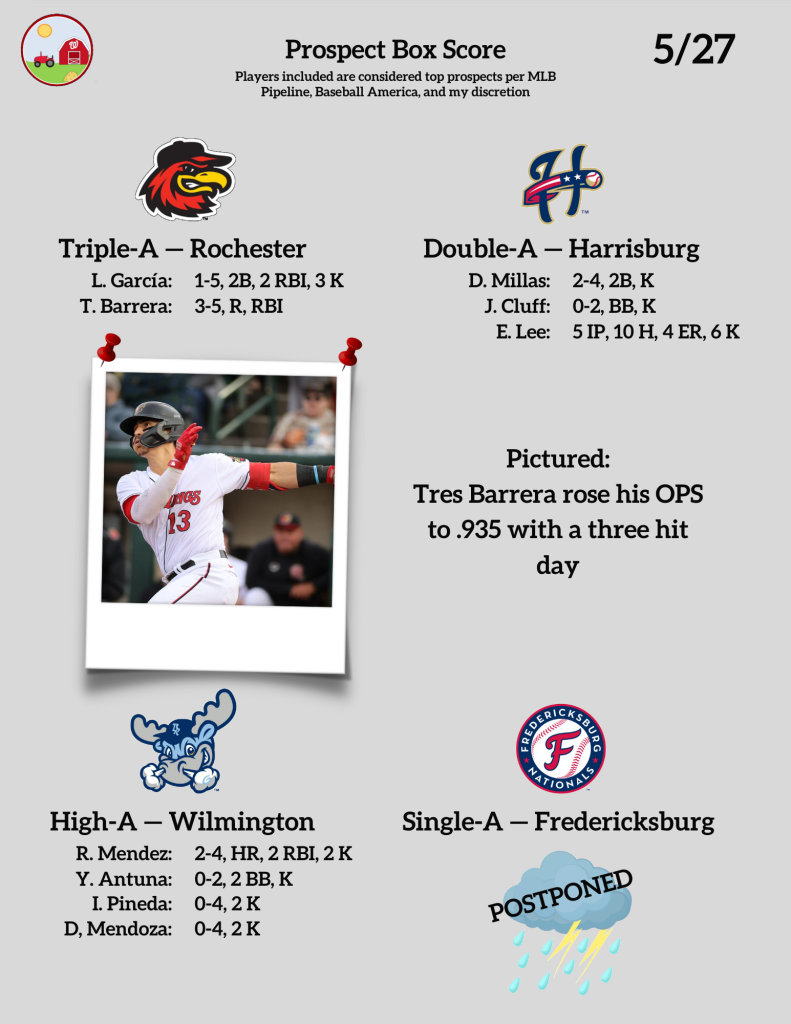 The FredNats were the only rainout today, but expect more tomorrow with the storm raging across the east coast.

Fredericksburg’s game against Salem was postponed due to inclement weather. It will be made up on May 28th.

Mitchell Parker could not find the strike zone; however, in a freak performance he did not allow a run despite surrendering five walks in 1 1/3 innings.

The back-end of the bullpen gave up the bulk of the runs including an uncharacteristic blown save from Zach Brzykcy – his first of the season.

The Blue Rocks offense scratched across four runs, which was enough until the 9th inning.

The Senators drop another one to make it six straight.

Not much going on per usual besides Evan Lee‘s first start since returning from the IL – he left some pitches over the plate that got crushed – and a two-hit day from Drew Millas.

Jackson Tetreault was exceptional once again, giving his team a chance to win. He went six innings while allowing two runs – coming on a two-run home run – while striking out six.

The bullpen was nails and that was it.

It was another OK night to build off of, but the Senators have been a real bummer as of late. With Matt Cronin off to Triple-A, there are less and less reasons to watch them as the days go by,